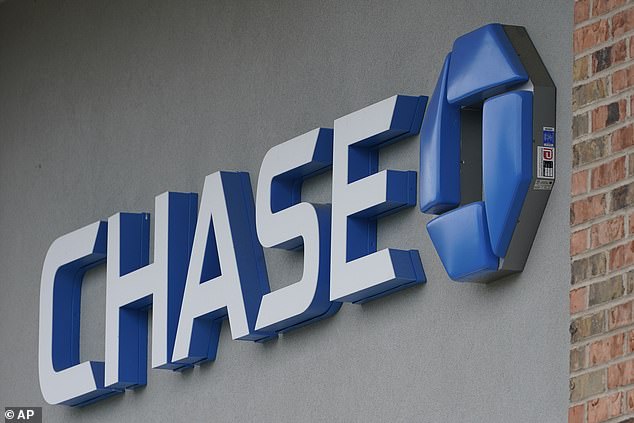 By Keith Griffith For Dailymail.com and Wires


JPMorgan Chase posted a 24 percent jump in third-quarter profits on Wednesday, surprising analysts on the upside and boosting broader markets to kick off earnings season.

The profits were largely driven by one-time accounting items that boosted its results, as the bank struggled to grow revenues with benchmark interest rates stuck at near-zero levels.

The bank had two one-time items that helped boost its profits this quarter: a $566 million income tax benefit and the release of $2.1 billion from its reserve to offset bad loans, something the JPMorgan has been doing every three months since the U.S. economy started recovering from the pandemic.

JPMorgan Chase posted a 24 percent jump in third-quarter profits on Wednesday, surprising analysts on the upside and boosting broader markets to kick off earnings season

The bank, whose fortunes reflect the health of the U.S. economy, said robust M&A activity offset a slowdown in trading.

Its consumer bank also reported a strong quarter as credit card spending ticked up and customers paid off loans at a slower pace, meaning the bank earned more interest income.

JPMorgan also released $2.1 billion from its credit reserves during the quarter, freeing up funds that had been held to offset bad loans.

Banks had been forced to set aside billions last year for possible loan defaults during the pandemic.

But easy monetary policy and rounds stimulus checks buoyed spending for the average American consumer and supercharged their personal savings, allowing banks to release some of their reserve capital.

Like many banks that will report this quarter, JPMorgan is facing a growing economy but ultra-low interest rates, which are starting to weigh on banks’ profits since they cannot charge customers more to borrow money. 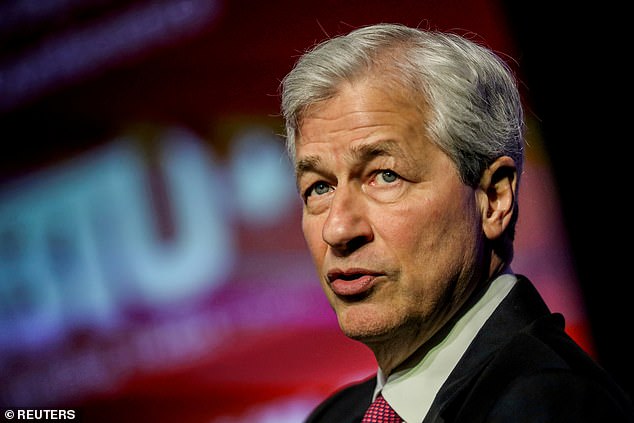 PMorgan Chairman and CEO Jamie Dimon admitted that much of the boost was from one-time items, saying, ‘we do not consider these … releases core or recurring profits.’

Without higher interest revenue or a growing number of customers, investors are likely to see JPMorgan’s results as partly just moving money from ‘Column A’ to ‘Column B.’

JPMorgan has said just as such themselves. In a statement on Wednesday, JPMorgan Chairman and CEO Jamie Dimon said, ‘we do not consider these … releases core or recurring profits.’

With global investment banking fees hitting an all-time record in the first half of the year, banks like JPMorgan have made the most of the dealmaking boom.

The biggest U.S. corporations have benefited from booming stock markets that have driven up their valuations and allowed them to use stock as acquisition currency, while they have also sought to raise debt and used large investment banks for advice on deals.

During the quarter, JPMorgan maintained its position as the banking world’s second-biggest provider of worldwide M&A advisory after Goldman Sachs, according to Refinitiv. 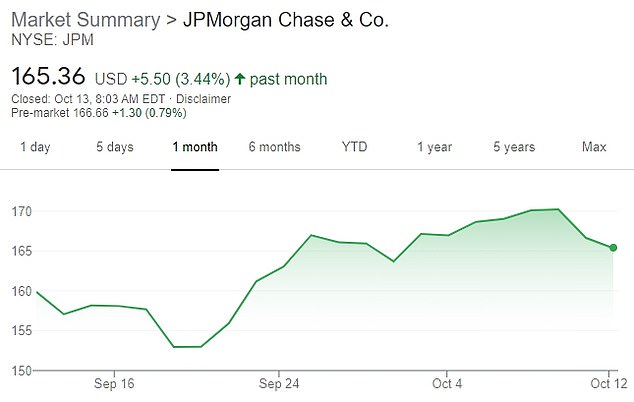 The league tables rank financial services firms by the amount of M&A fees they generate.

JPMorgan’s trading outfit, however, continued to see a slowdown in activity and did not hit the highs of the previous quarters, which were boosted by unprecedented volatility in financial markets and a ‘meme stock’-fueled trading frenzy.