By Jonathan Rose For Mailonline


This is the adorable moment a 12-week-old Rottweiler tries his first ‘puppuccino’.

Danielle Harrison, 26, from Lincoln, shared the footage of her puppy Kiko licking the coffee cup clean and getting cream all over his face on TikTok.

The video shows Kiko lick his lips as his owner brings the small Starbucks cup – filled with water and whipped cream – towards him.

Danielle Harrison, 26, from Lincoln, shared footage of Kiko licking the coffee cup clean and getting cream all over his face on TikTok 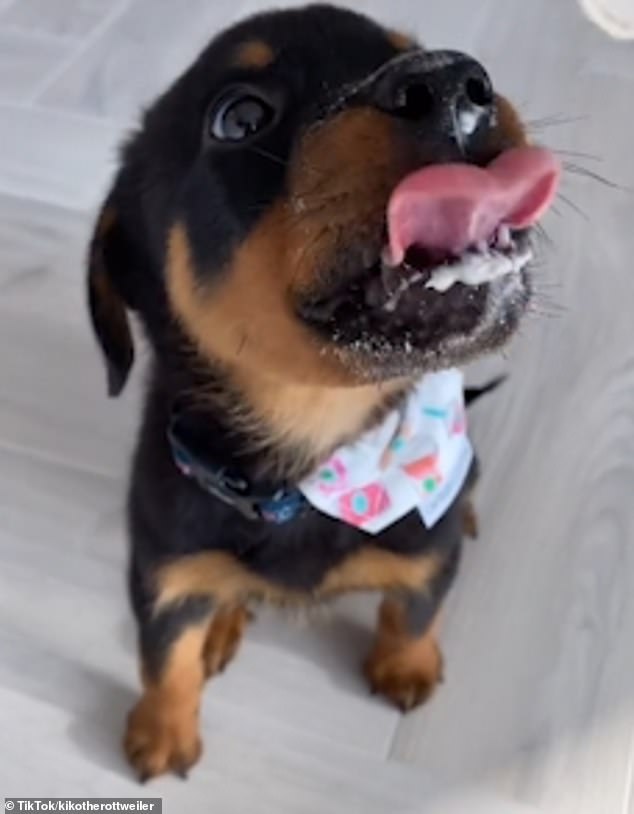 Kiko sticks his nose into the cup and looks like he really enjoys what he is tasting.

He shoves his entire snout into the cup and his paws scramble forwards as he savours every last drop of his puppuccino, which is caffeine-free.

The end result – a pup with cream-covered whiskers and snout.

Miss Harrison said: ‘Kiko thoroughly enjoyed his first puppuccino as you can tell from the video.

‘As soon as we drive through Starbucks he now knows where he is so it’s becoming a regular thing when we get a coffee Kiko has to have his puppuccino.

‘We saw so many dogs on Instagram/TikTok having a puppuccino.

‘We didn’t know there was such a thing – so as soon as Kiko had his first one we made sure we recorded it purely for other people’s entertainment.

‘He has his own Instagram and TikTok now he’s becoming a popular puppy!’

While owners are advised to be careful how much dairy they give their dogs, an occasional ‘puppuccino’ treat is considered safe. 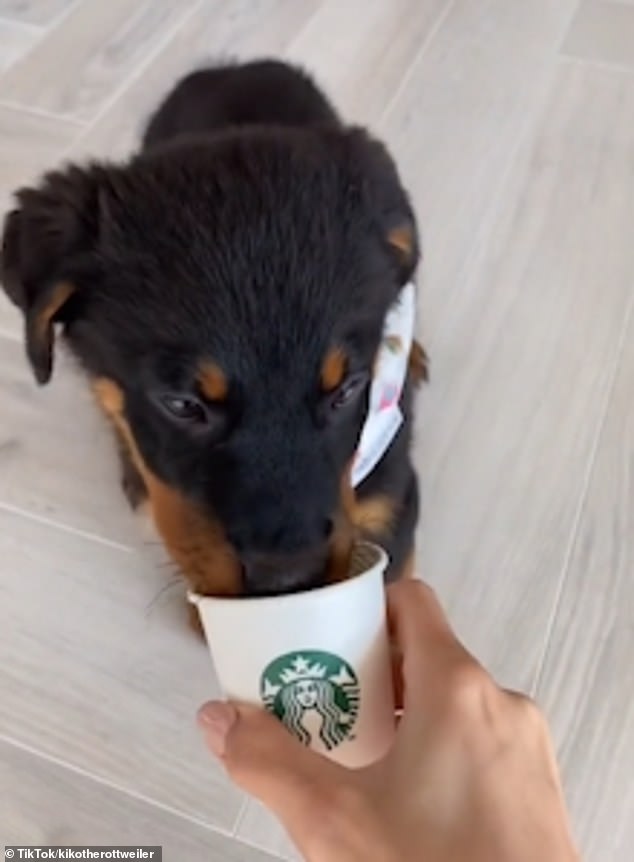 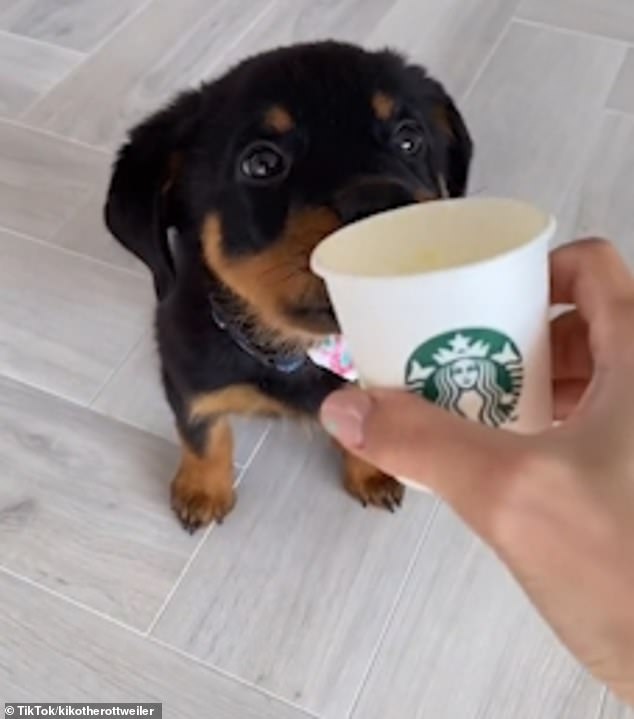 Kiko clearly loved his first puppy-inspired Starbucks drink, which is essentially a coffee cup filled with water and whipped cream

Koko’s personal TikTok account has nearly 130,000 followers and his antics have been documented since his birth on June 6 this year.

Unsurprisingly many dog lovers went wild over the TikTok and it has been liked more than 12,000 times since it was posted on September 28.

The video has been viewed almost 150,000 times and many couldn’t resist commenting on how much they enjoyed the post.

Another said: ‘Kiko had not finished. So cute.’ 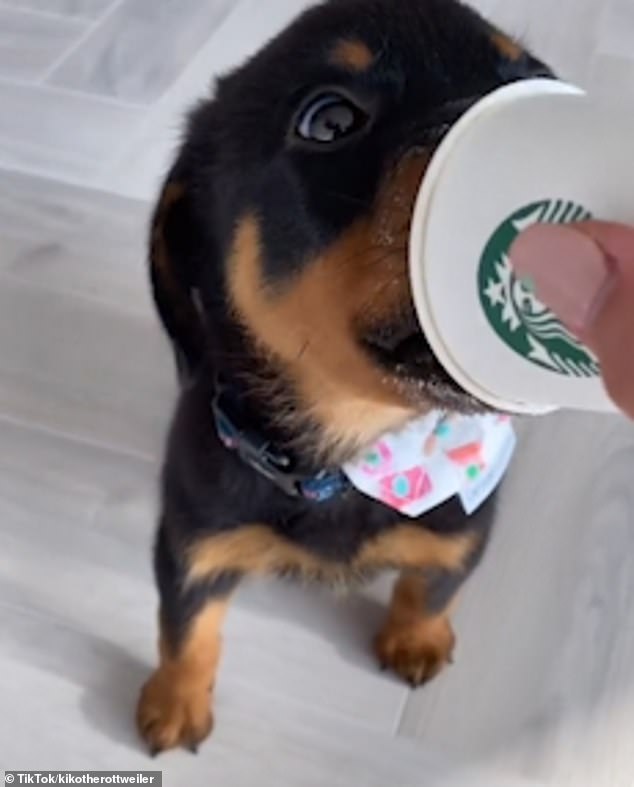 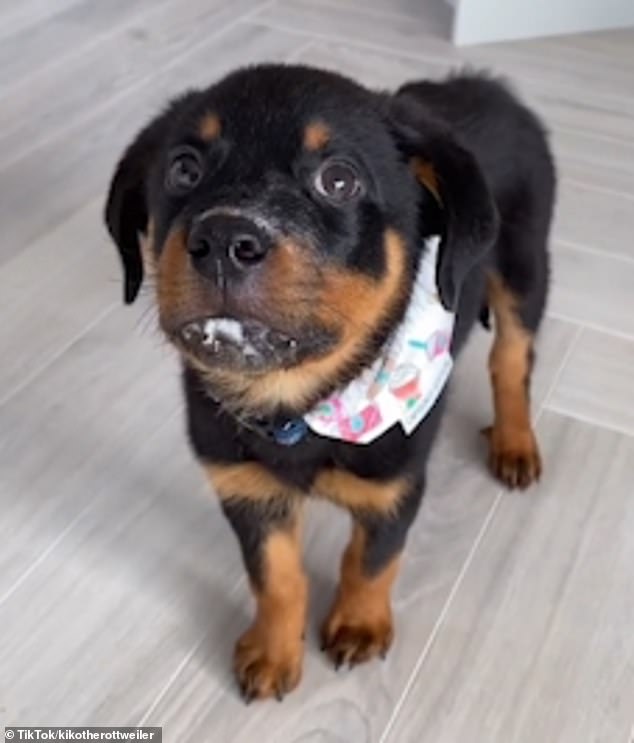 The end result – a pup with cream-covered whiskers and snout