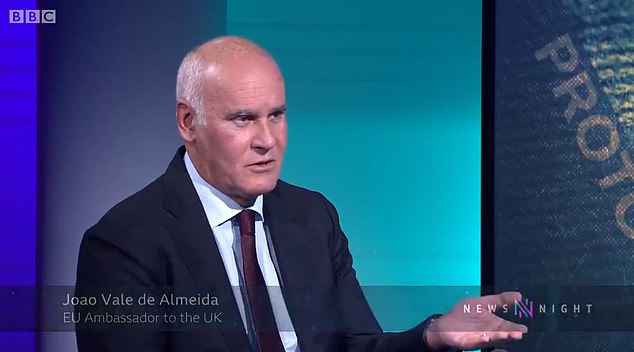 Brussels has warned it has ‘gone to the limits’ in making concessions over the Northern Ireland protocol as wrangling intensifies in what could be the last major battle over Brexit.

As talks take place on how to overhaul the divorce terms, the bloc’s ambassador to the UK laid down a marker that it is not prepared to give much more ground.

The combative stance came after the European Commission unveiled proposals to slash 80 per cent of regulatory checks and dramatically cut customs processes on the movement of goods between mainland Britain and Northern Ireland.

Although the government welcomed the shifts outlined by Maros Sefcovic – which should ease the flow of food, farming produce and medicines – there is still a major flashpoint over the role of the European Court of Justice in policing the arrangements.

Brexit minister Lord Frost has insisted the ECJ should be removed entirely from the process and and independent arbiter should resolve disputes.

But there are hints at a compromise on that issue as well, with reports that the EU is ready to water down the court’s role so it only gets involved as a final resort to settle spats over narrow legal interpretation.

EU officials are in London for talks today, while Lord Frost is expected in Brussels tomorrow to meet Mr Sefcovic. 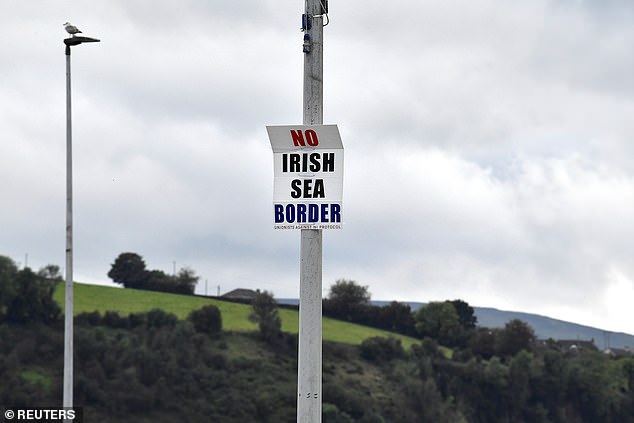 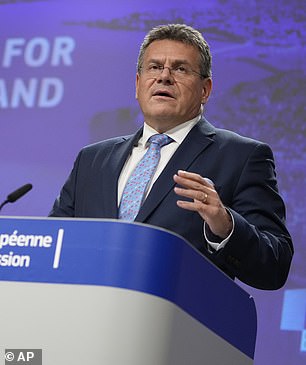 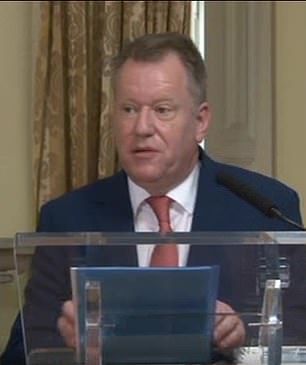 EU officials are in London for talks today, while Lord Frost (right) is expected in Brussels tomorrow to meet Maros Sefcovic (left)

Raoul Ruparel, a trade adviser to Theresa May in No10, warned that the EU’s concessions will reinforce the UK’s view that an ‘aggressive strategy is the only one that works’ in negotiations

The proposals by the European Commission offered no progress on this issue. Brexit minister Lord Frost has made clear the removal of the oversight function of the European Court of Justice (ECJ) in policing the protocol is a red line for the Government.

The UK wants to remove a provision that gives the ECJ the final say in any future trade dispute and to replace it with an independent arbitration process.

Failure to move forward on this key issue threatens to blow up the talks.

However, there are hints at a compromise that could reduce the powers of the ECJ, ensuring they can only rule on ‘narrow’ legal matters once an independent process has been exhausted.

The EU plans would see 80 per cent of checks removed on goods moving from Great Britain to be sold on supermarket shelves in Northern Ireland.

Lorries transporting different food products would only need one certificate stating all the goods rather than a separate one for each type.

An EU ban on the import of chilled meats, which would have prevented sausages and burgers entering Northern Ireland from Great Britain, will end thanks to a special exemption.

Brussels is proposing a new category of ‘national identity’ products to include British produce.

Paperwork will be halved for goods arriving into Northern Ireland from Britain under the EU’s offer.

For example, a car dealer in Belfast buying parts from London will only need to provide basics such as the total value of the shipment rather than detailed information.

The EU will allow medicines licensed for sale in the UK to be prescribed in Northern Ireland without having to undergo further checks by European regulators.

Brussels promised to change legislation to ensure no disruption to medical supplies.

In return for removing checks and customs paperwork, Brussels is demanding extra safeguards to stop goods arriving into Northern Ireland being smuggled into the EU.

They want real-time access to British government databases on products crossing from Great Britain and for products to be labelled as for sale only in the UK.

Britain has until now resisted these but may agree if they unlock other compromises.

He stressed that the EU cannot accede to a key British demand to remove the role of the European Court of Justice (ECJ) in overseeing the protocol.

‘There is no single market without the European Court of Justice. It’s the referee of the single market,’ he said.

Lord Frost has previously said the role of European judges is something the UK cannot accept.

However, in another sign compromise is in the air he told peers yesterday that he never used the term ‘red lines’ in his negotiations.

Under the terms of the protocol, which was agreed by the UK and EU as part of the 2020 Withdrawal Agreement, the ECJ would be the final arbitrator in any future trade dispute between the two parties on the operation of the protocol.

The UK now wants to remove that provision and replace it with an independent arbitration process.

The Times reported that one option being mulled by Brussels is for disputes to go to an independent arbitration panel, with the ECJ asked to interpret narrow matters of EU law as a last resort after dispute resolution has failed.

Cabinet minister Sajid Javid highlighted the importance of removing the ECJ from the process in interviews this morning.

The Health Secretary told Sky: ‘Looking forward, there should not be a role for the European Court of Justice in any part of the UK and that includes Northern Ireland.

‘I think it is an over-legalistic approach that the court has. Lord Frost has been really clear about this with the speech that he made this week. One of the most important issues is to end the role of the ECJ in Northern Ireland.’

The package of proposals already set out by the EU would remove the prospect of certain produce, including sausages, being banned from being shipped from Great Britain to Northern Ireland.

The EU plan also includes a 50 per cent reduction in customs paperwork required to move products across the Irish Sea.

In return, the trading bloc has asked for safeguards to be implemented to provide extra assurances that products said to be destined for Northern Ireland do not end up crossing the Irish border.

Those include labelling certain products to make it clear they are for sale in the UK only, and enhanced monitoring of supply chain movements and access to real-time trade flow information.

The EU plan amounts to a set of counter-proposals in response to a wish list of protocol reforms outlined by the UK Government in July.

The proposals from both sides are now set to form the basis of a new round of negotiations between Brussels and London in the weeks ahead.

The Northern Ireland Protocol was agreed by the UK and EU as a way to sidestep the major obstacle in the Brexit divorce talks – the Irish land border.

It achieved that by shifting regulatory and customs checks and processes to the Irish Sea.

But the arrangements have created new economic barriers on goods moving from Great Britain to Northern Ireland.

This has caused disruption to many businesses in Northern Ireland and has also created a major political headache for the Government, as unionists and loyalists are furious at what they perceive as a weakening of the Union. 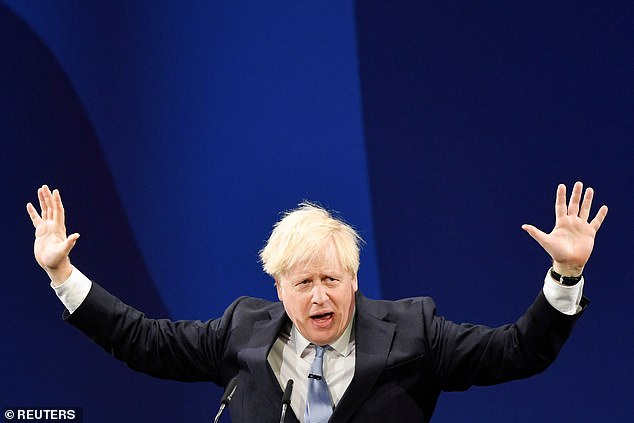