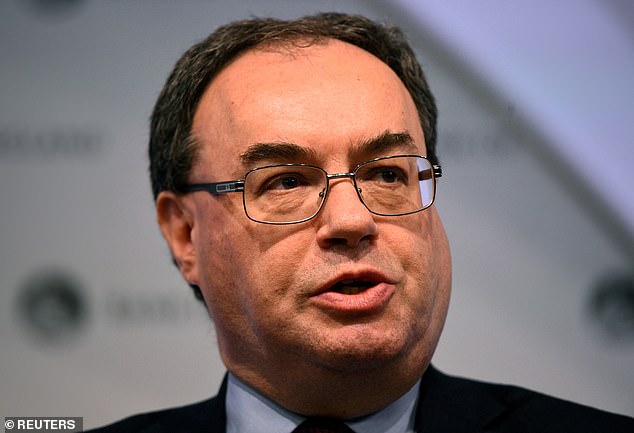 
Bank of England Governor Andrew Bailey hit back at claims of being an ‘unreliable boyfriend’ after interest rates were not raised earlier this month.

‘Look, you’ve got to have a sense of humour in this job. It’s an obvious cheap shot. But I don’t buy it at all,’ Bailey said of the jibe, which was originally aimed at his predecessor Mark Carney following allegations of flip-flopping on interest rates.

‘Unreliable boyfriend’: Bank of England Governor Andrew Bailey hit back at the claim after interest rates were not raised earlier this month

‘To be clear, at no point did I, or anybody, say, ‘And by the way, we’re going to raise interest rates in November,’ Bailey said in an interview with The Sunday Times.

However, the Governor said the Bank would ‘have to act’ if ‘febrile’ inflation continued, with many predicting that it will raise rates next month.

But he said rates may have to rise ‘if the economy evolves in the way the forecasts suggest’.

The comments came as analysts at EY ITEM Club warned that recovery will be ‘slower than expected’ because of inflation, energy price rises and supply chain issues.