By Stephen M. Lepore For Dailymail.Com


Storms coming to Hawaii this weekend could cause blizzard conditions on the summits of the big island with winds at over 100mph.

The warning from the National Weather Service is in effect from 6pm Friday to 6am Sunday.

More than 12 inches of snow could be coming to the mountainous regions on the big island.

The blizzard-like conditions are part of what’s known as a ‘Kona’ storm. Those are a type of seasonal cyclone on Hawaii, usually formed in the winter from winds coming from the westerly ‘Kona’ direction. Kona lows often bring about wet and ‘unsettled’ weather.

The summits of Hawaii’s Mauna Kea and Mauna Loa volcanoes both hit about 13,000 feet, which means that when cold fronts and heavy rains form, snow falls.

‘Travel should be restricted to emergencies only. If you must travel, have a winter survival kit with you. If you get stranded, stay with your vehicle,’ the National Weather Service advised.

The summits of Hawaii’s Mauna Kea and Mauna Loa volcanoes both hit about 13,000 feet, which means that when cold fronts and heavy rains form, snow falls. Both areas are shown to be under blizzard warnings this weekend 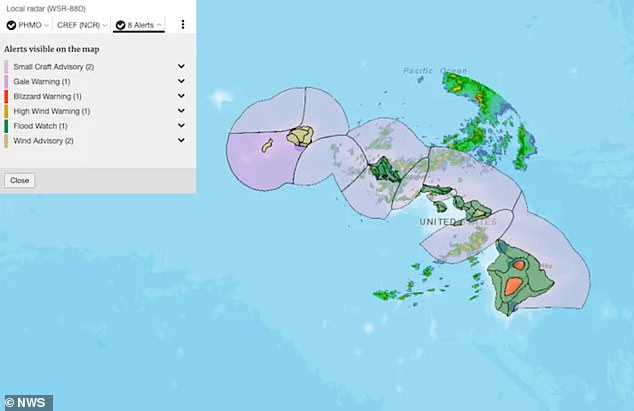 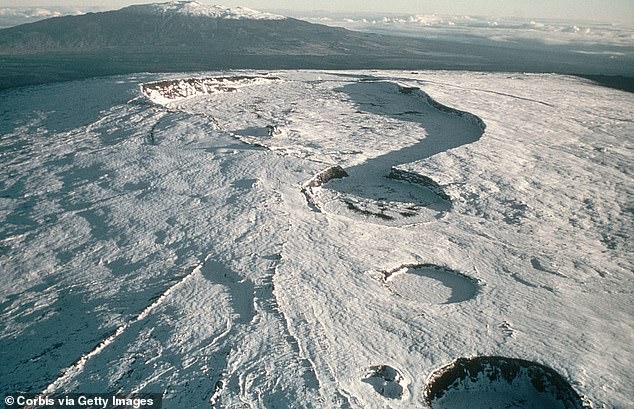 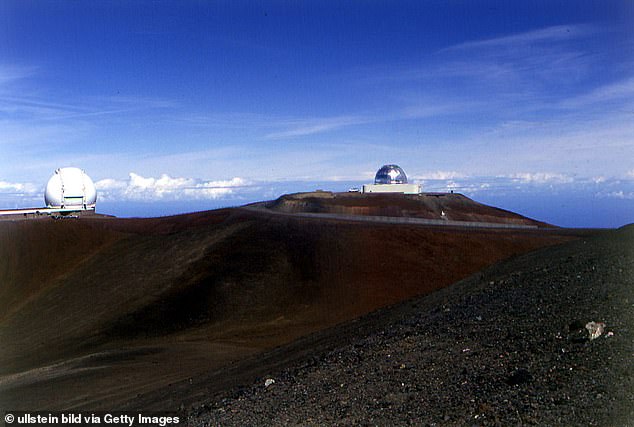 As recently as last January, the mountainous regions of Mauna Kea and Mauna Loa have seen snowfall. Officials said the blanket at Polipoli Spring State Recreation Area on the island of Maui is likely the first for any state park.

This is the first blizzard warning in Hawaii since 2018.

In 2019, elevations as low as 6,000 feet saw some snowfall. That storm was described by the National Weather Service office in Honolulu as ‘historic.’ 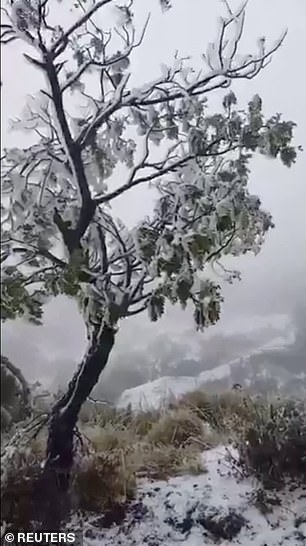 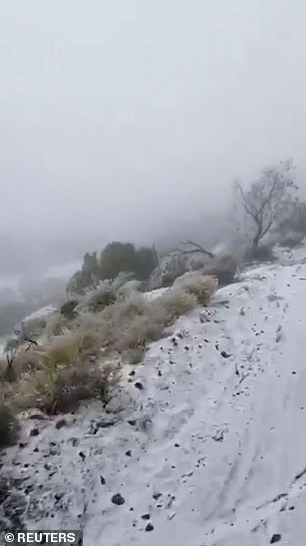 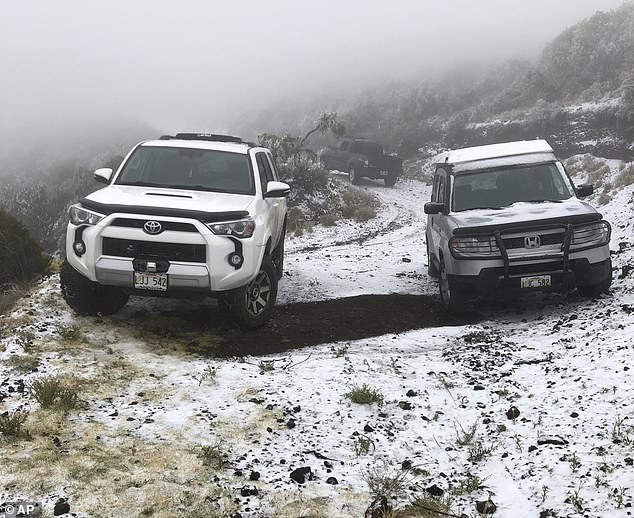 Snow is not unheard of in mountainous parts of the tropical island chain, but officials say the 2019 coating at 6,200 feet at the state park on Maui could mark the lowest-elevation snowfall ever recorded in the state

The coldest temperature in the history of Hawaii is 12 degrees, recorded in 1979.

Much of America has been snow-free this season. In fact, more snow has already fallen in Hawaii than in Denver, Colorado, CNN reported.

The Weather Channel said that the conditions and the stalling of the current cold front means Hawaii is in store for an extended period of inclement weather that could last through at least the first half of next week.

‘Heavy rainfall will be a threat and shower bands may line up over portions of the state for extended periods of time, increasing the threat for flooding,’ the NWS office in Honolulu said Friday.

A High Surf Warning is also in effect until Monday evening.