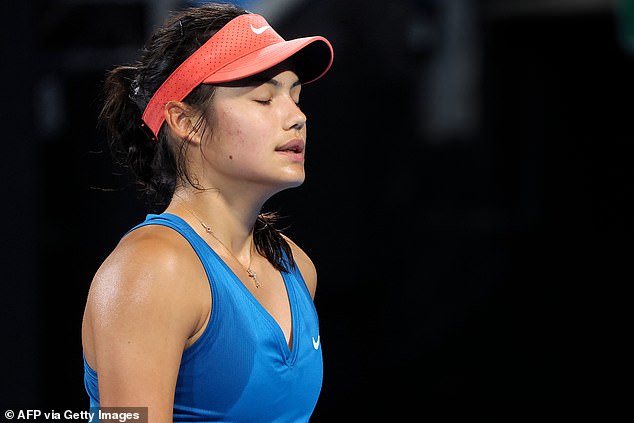 Emma Raducanu is thrashed 6-0, 6-1 in just 55 MINUTES by world No 13 Elena Rybakina in her first match of 2022 at the Sydney International, less than a week before the start of the Australian Open


Emma Raducanu has suffered her first loss of 2022 after heading to Australia to take part in her first Grand Slam since her historic US Open win last September.

The 19-year-old was beaten by Elena Rybakina in the Sydney Classic less than a week before the start of the Australian Open.

Rybakina – who is currently ranked 13th in the world, six places higher than Raducanu – beat the GB star 6-0, 6-1 in just 55 minutes of action.

Raducanu’s defeat came in the opening-round of the Sydney International after her original opponent, Iga Swiatek, withdrew with a rib injury.

The 19-year-old withdrew from the competition as she felt it was ‘too soon’ to compete again after previously testing positive for coronavirus ahead of the Mubadala World Tennis Championship in Abu Dhabi in December.

Nevertheless, Raducanu returned to the court for the first time to face Rybakina in the Sydney International.

Rybakina got off to a flying start – claiming a 6-0 lead and taking the opening set after just 25 minutes of action.