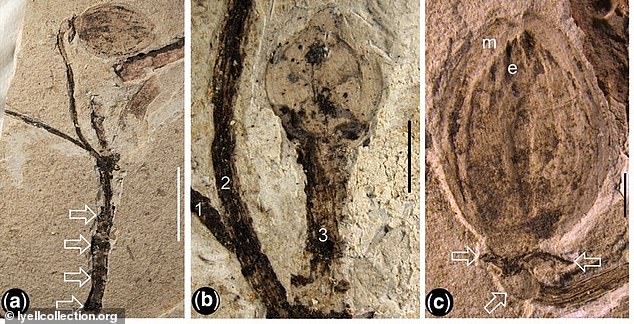 A 130-million-year-old fossilized flower bud found in China may solve Charles Darwin’s ‘abominable mystery’ that questioned when and how the first flowering plants evolved.

The fossil includes a leafy branch, physically connected fruit and flower bud, which suggests angiosperms were present in the Jurassic period (201.3 million to 145 million years ago).

Angiosperms are plants that has flowers and produces seed.

This specimen, which is the oldest on record, was discovered at a deposit dated more than 164 million years ago and could be the transitional stage that finally answer’s Darwin’s enigma.

The famed naturalist’s abominable mystery was first brought to light in 1879.

In a letter to his closest friend, botanist and explorer Dr Joseph Hooker, he wrote: ‘The rapid development as far as we can judge of all the higher plants within recent geological times is an abominable mystery.’

Flowering plants appeared on Earth relatively recently on a geological timescale, then swiftly diversified in an explosion of color, shape and form.

Many fossils that could be the answer have been discovered, but further investigations reveal they were not a true angiosperm. 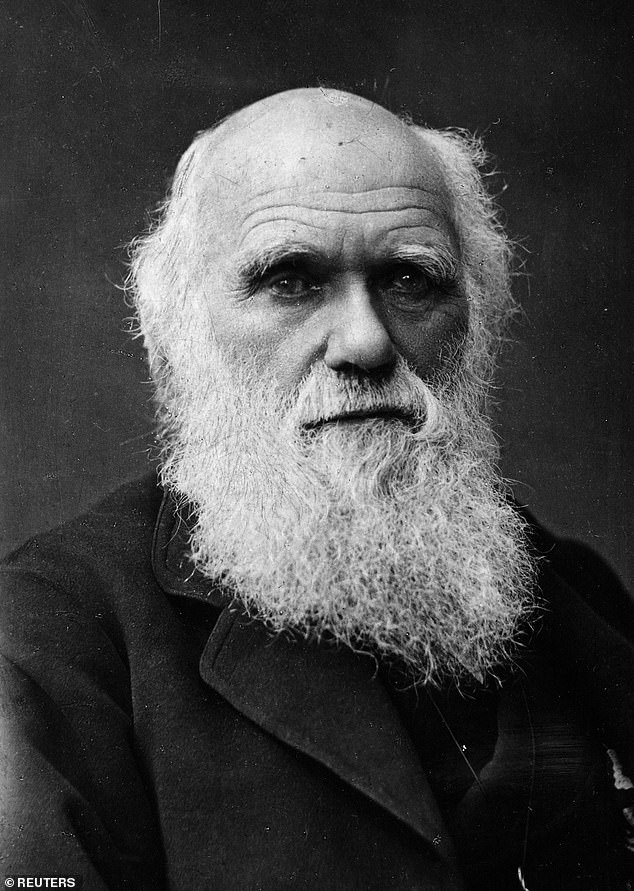 In a letter to his closest friend, botanist and explorer Dr Joseph Hooker, Charles Darwin (pictured) wrote: ‘The rapid development as far as we can judge of all the higher plants within recent geological times is an abominable mystery 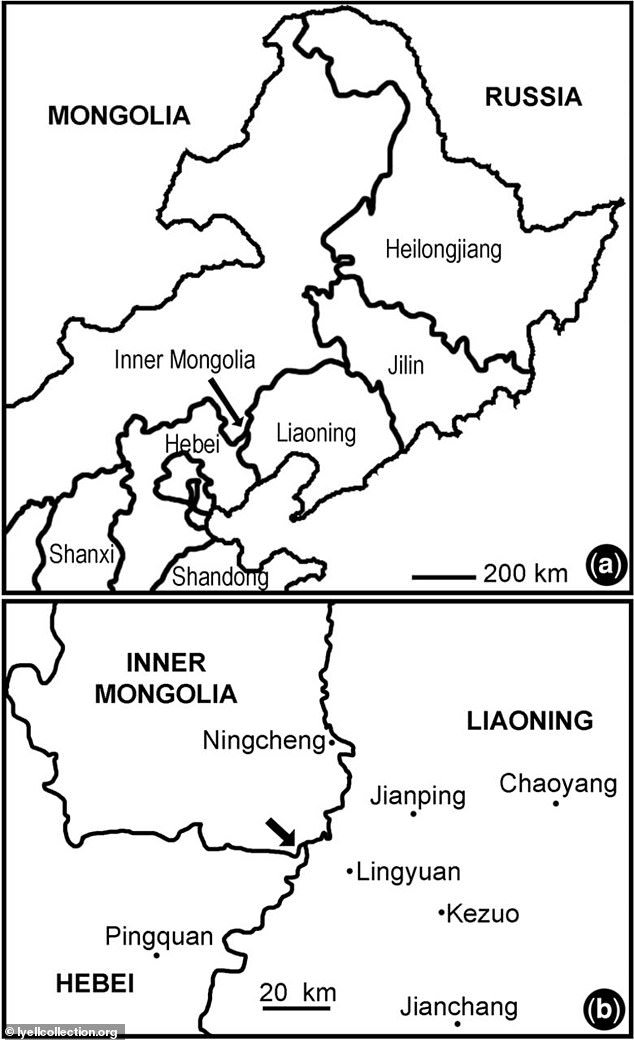 Pictured is a map showing the location of Inner Mongolia, China where the fossil was discovered

The ancient plant is described has having woody branches with nodes, an area on the stem where buds are located, physically connected fruit and a flower bud that ends on the branch.

‘Although over 100 blooming flowers of Nanjinganthus exemplify the truthful existence of angiosperms in the Jurassic, our current knowledge of early angiosperms is still sparse,’ reads the study published in Geological Society, London, Special Publications. 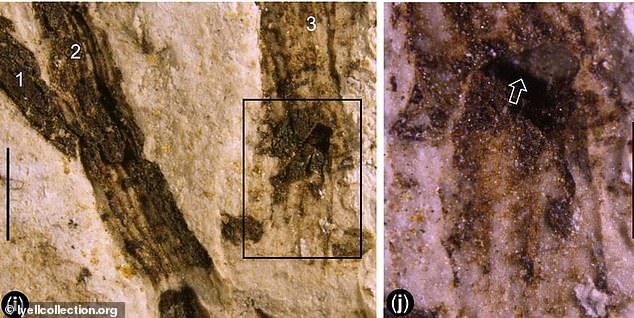 The fossil includes a leafy branch, physically connected fruit and flower bud, which suggests angiosperms were present in the Jurassic period (201.3 million to 145 million years ago)

The plant tissues are preserved in yellowish rock made of volcanic ash that was ejected during an eruption and its leaves have since fallen off, leaving just their scars embedded in the deposit.

‘According to Darwinism and outgroup comparison, well-differentiated perianth is thought to be derived and not expected for pioneer angiosperms, but this thinking is now challenged by the presence of well-differentiated perianth in Jurassic Euanthus [discovered in 2016] and Nanjinganthus [discovered in 2018],’ according to the study.

Both Jurrassic Euanthus and Nanjinganthus have similar characteristics to that of modern flowering plants, but many experts argue they are not true angiosperms.

‘The unexpected occurrence of flowers such as Florigerminis, Euanthus and Nanjinganthus, all from the Jurassic, implies that the related theories of angiosperm evolution lack the predictability required for a scientific theory,’ reads the study.

WHAT IS AN ANGIOSPERM?

Angiosperm is the scientific term for flowering plants.

There are believed to be well over 350,000 species of angiosperm and there is a huge diversity among the species’.

Angiosperms are a phylum which encompass over 400 families and 350,00 species of plant, all of which have similar characteristics.

Before the emergence of angiosperms, gymnosperms and ferns were the dominant groups of plants, but angiosperms quickly established themselves as the most successful group within the plant kingdom.

Gymnosperms evolved before flowers and were around in the time of dinosaurs. They produce seeds as well as tiny drops of high-energy liquid.

The cause of the huge diversity of flowers has often be attributed to the co-evolution with animals and plants which aided in reproduction.

Research from San Francisco State University has found that the stomata – cells which control gas exchange in plants – are much smaller in angiosperms than any other types of plants.

Angiosperms have more venation than other types of plants and this encourages greater rates of transpiration (water transfer), photosynthesis, and growth.

Flowering plants were the only type of plants that underwent rapid genome downsizing during the early Cretaceous period which enabled the decrease in cell size.