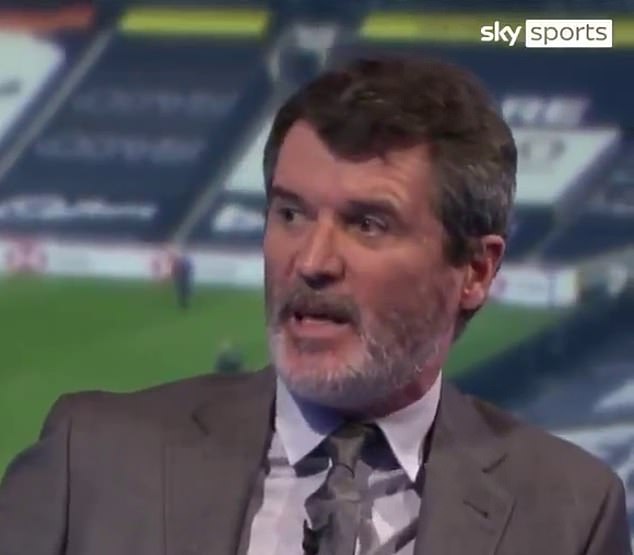 ‘Do me a FAVOUR!’: Jamie Redknapp pokes fun at Roy Keane as the pair debate the strength of Tottenham’s squad one year on from their heated on-air argument about the same topic

By Sam Brookes For Mailonline

Redknapp and Keane were involved in a furious row last year when the latter was highly critical of Spurs’ players under Jose Mourinho, while Redknapp attempted to defend the options available to the Portuguese coach.

Almost 12 months on, and Keane was far more complimentary in the Sky Sports studio as he pointed out that Conte can still rely on a top-class striker in Harry Kane to lead the line. 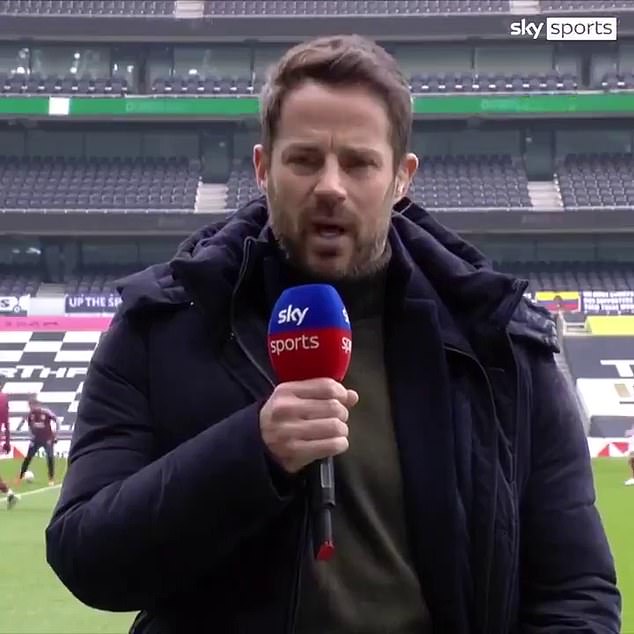 Redknapp was having none of it, though, and quickly seized his opportunity to have a moment of fun at Keane’s expense.

‘I thought you said they’d got no good players last year?’ he retorted.

‘I said Kane was good, and Son,’ Keane responded.

Redknapp hit back: ‘You’re reversing now. Come on, do me a favour!’

The former Spurs man finished his quip with the same dismissive tone that Keane used a year ago, and even brought out his attempt at mimicking the Irishman, which drew a wry smile from Keane, while Jimmy Floyd Hasselbaink, who was sat between the duo, added: ‘I like your accent!’ 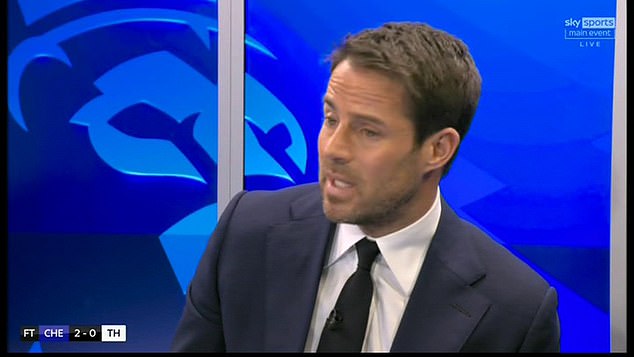 On this occasion, Redknapp kept his cool and teased Keane for his previous comments 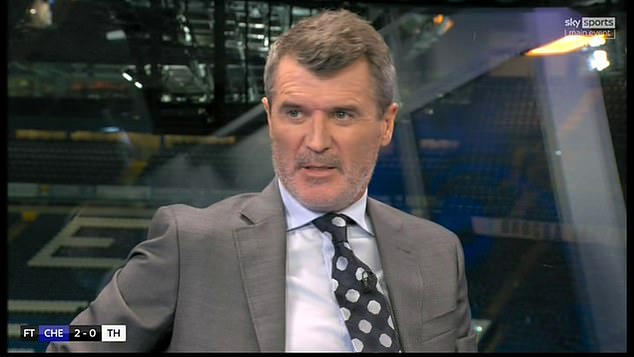 It is a rare occurrence for Keane to come out on the wrong side of a debate, but Redknapp may feel that he got the better of the ex-Manchester United captain on this occasion, despite his questionable Irish accent.

Tottenham went on to lose 2-0 against Chelsea at Stamford Bridge, their first league defeat since Conte arrived in November.

They now sit two points outside the top four, although they do have games in hand on the sides around them in the table, while Chelsea are in third place, just a point behind Liverpool.