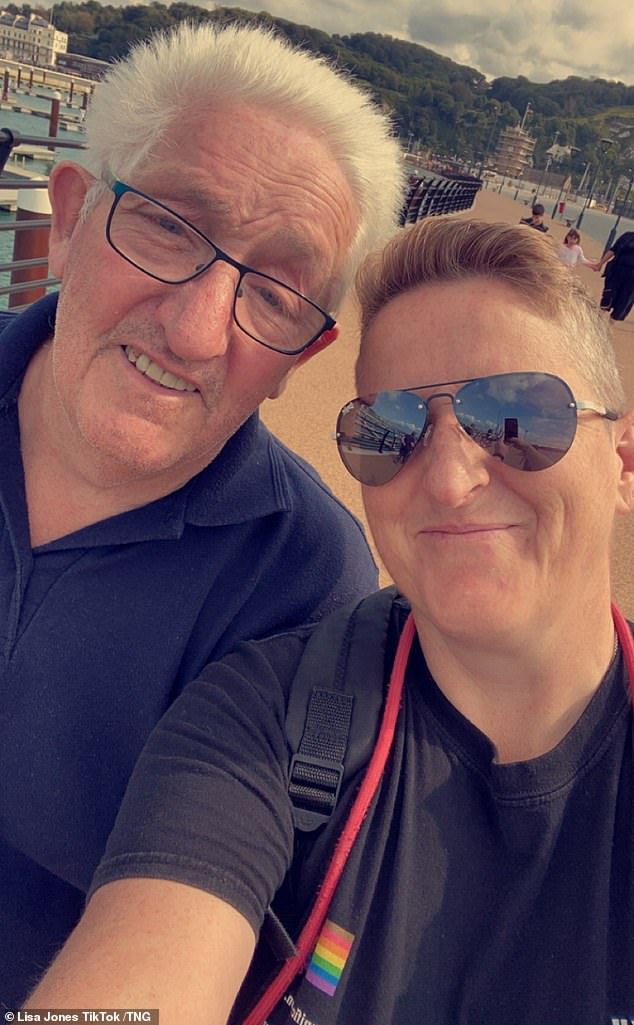 By Mark Tovey For Mailonline


A woman pranked her elderly father into pretending he had fallen down the stairs to give her an excuse for speeding.

Footage shows Lisa Jones, of Dover, Kent, ringing her father Mick, 71, from her car and telling him she needs a ‘really big favour.’

The 43-year-old says she was doing a little bit over the speed limit and was pulled over by the police.

Lisa Jones, of Dover, Kent, with her father Mick, 71. The video has been seen over two million times, with viewers paying tribute to Mick’s commitment to the role he dutifully performed in the belief he was helping his daughter

She tells Mick she lied to the officer saying she was in a rush after hearing her father had fallen down the stairs.

The video then cuts to Lisa opening the front door to find her father sprawled at the bottom of the stairs.

Lisa bursts into laughter as hoodwinked Mick, realising there are no police with her, asks: ‘Are you having me on?’

Afterwards Lisa said: ‘I decided to do this video as I had seen others and knew I could get my dad good and proper.

‘I had no idea it would go so well as it did.

‘I’m always asking him to do stuff for me and I’m always getting myself in sticky situations so I knew he may take it hook line and sinker.’

Lisa added: ‘The response to the video has been insane. It’s nearly two million views which is crazy. 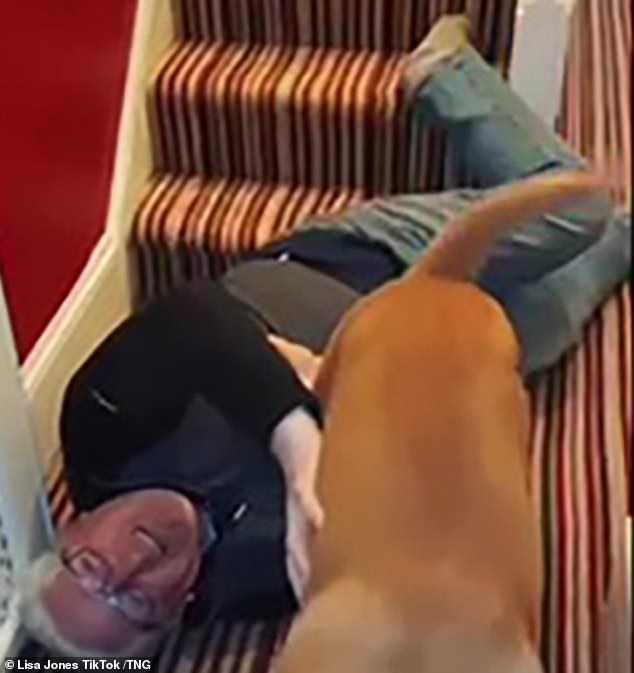 As Lisa opens the door, her dog rushes inside to inspect her father Mick’s dramatic display as he pretends to have fallen down the stairs 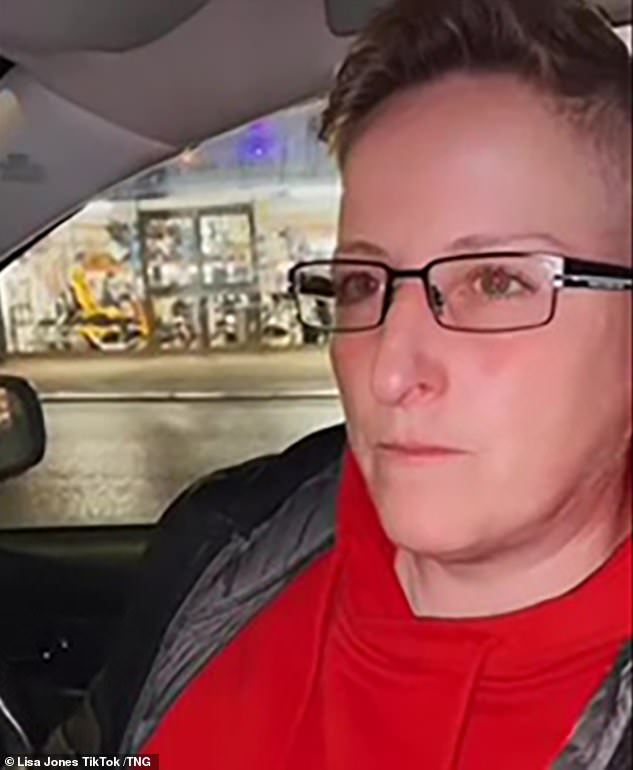 Lisa, 43, on the phone to her father to ask for a ‘really big favour’, saying she was pulled over by the police after doing a little bit over the speed limit

‘I feel very lucky that people have loved it so much, I love making people laugh and this video couldn’t have gone better.

‘I expected him to just lay on the floor but the realism he put into it just makes it even funnier.

‘I’ve told him how mad the video has gone and he thinks he’s a massive superstar now.’

Social media users commented on the father’s commitment to the role.

Sherrena Dawson added: ‘Geez, I’ve seen a lot of pranks and…this, without a doubt, is the best.’

Another added: ‘What a fab dad, great acting too, the leg on the stairs.’