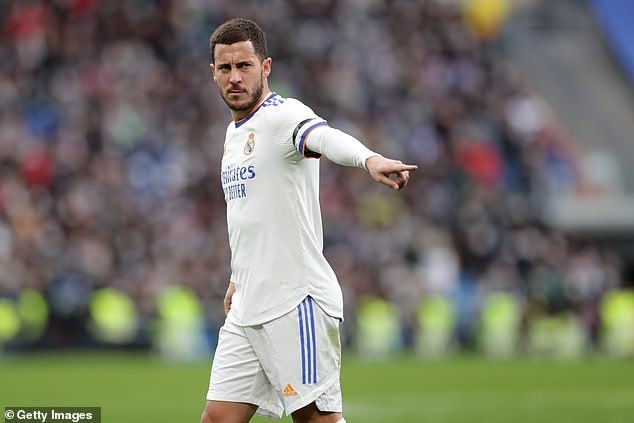 
Eden Hazard has reportedly grown frustrated with Carlo Ancelotti after the Italian snubbed him again in Real Madrid‘s match on Thursday.

Hazard, 31, was an unused substitute in Madrid’s 1-0 Copa del Rey defeat by Athletic Bilbao, with Ancelotti opting not to call on the Belgian despite being in need of a goal.

Worse still, the £150million man spent 15 minutes warming up on the touchline in anticipation of being used, but was instead sent back to the bench – much to Gareth Bale‘s amusement. 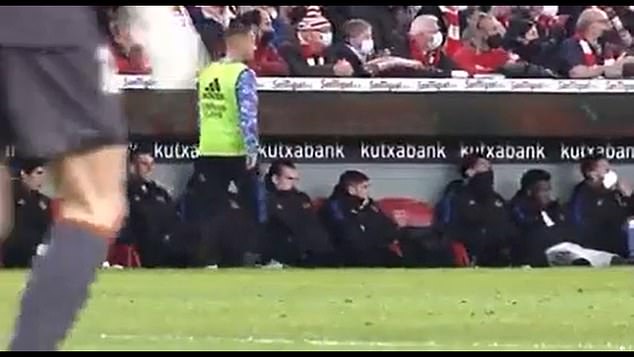 And according to Marca, Hazard is struggling to understand Ancelotti’s reluctance to give him game time.

The veteran Italian has long insisted that the form of Vinicius Jr and Rodrygo has prevented him from calling on Hazard.

However, the Belgian is reportedly of the view that if he cannot even get game time for a Copa del Rey game – a competition of minor importance for Madrid – then the likelihood of him ever getting a chance is slim, such is his ‘inconsequential’ role. 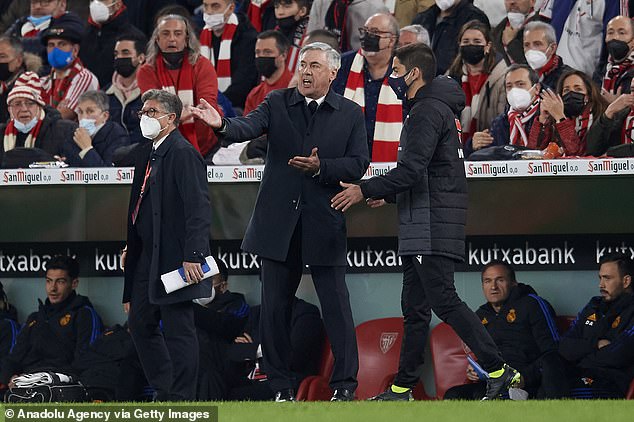 Hazard’s spell at Madrid has been nothing short of a disaster, with injuries hampering the ex-Chelsea star’s progress at the Bernabeu.

When he has been fit and available, the 31-year-old has failed to impress, scoring six goals and providing 10 assists in 61 appearances for Los Blancos.

Hazard has featured in 18 games this campaign, at an average of 46 minutes per appearance. He has scored one goal and contributed two assists this term.