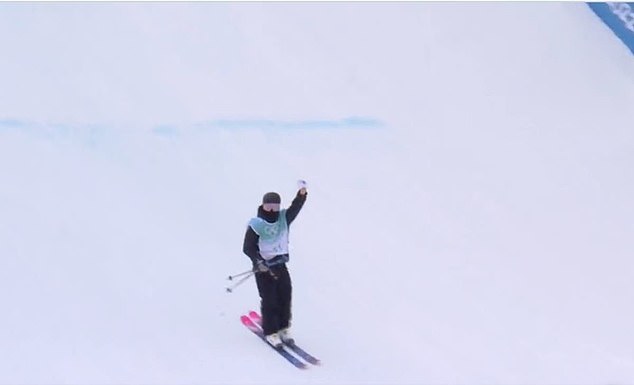 Swiss ski star Kim Gubser, 21, is forced to hike back UP the slope after his WALLET flew out of his pocket mid-flip during the men’s Big Air qualifiers at Beijing Olympics


A skier for Team Switzerland at the Winter Olympics was made to hike back up the ski slope to retrieve his wallet, after it flew out of his pocket during a Big Air qualifying run.

Kim Gubser, 21, was heading down for his third and final run in a bid to qualify for the men’s Big Air final.

Gubser barrelled down to a ramp where he launched himself backwards before spinning multiple times in the air for his most impressive trick of the routine. 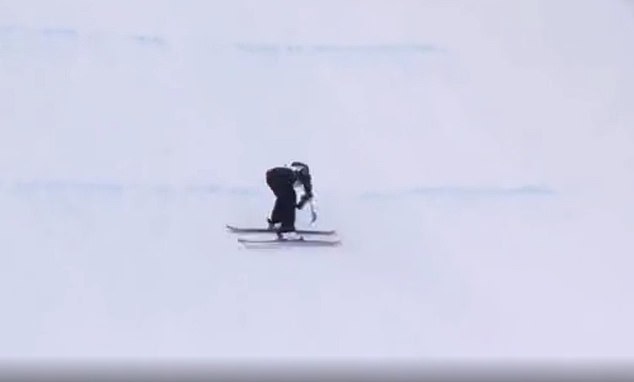 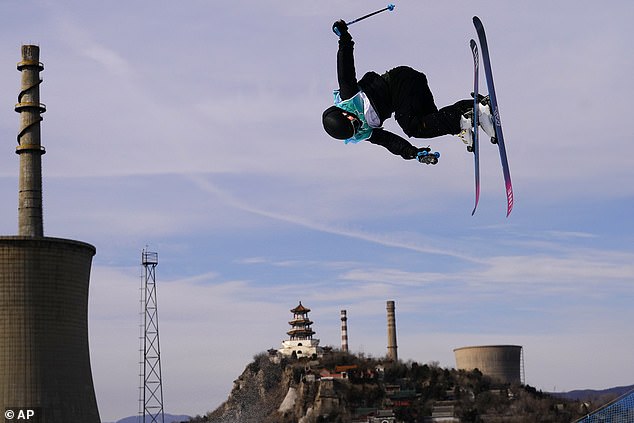 Having completed a backwards flip in his third qualifying run, the item came out of his pocket

Only, when he landed the flip, he quickly realised something had gone wrong as he felt his pocket.

Having realised a key item was missing, believed to be his wallet, Gubser headed back up the slope to retrieve his lost belongings, causing great amusement.

With the wallet back in hand he made his way back down before holding it above his head for the cameras to see.

Users were baffled as to why he had it on him in the first place, and suggested getting a zipper

One amused viewer tweeted: ‘So when you’re getting suited up to do your Big Air Free Ski, who says, “Got my gloves, got my goggles, hmmm what am I missing? Oh, my wallet! Let me just tuck that in my pants. Ok. Ready!”‘

Another added: ‘Might wanna leave the wallet in the locker, or at least put it in a zippered pocket #justsayin.’

American network NBC, who shared the clip, tweeted: ‘When you a land a trick so hard, you drop your wallet. Literally.’

While Gubser was able to see the funny side of his mid-flip mis-hap, he didn’t manage to qualify for the final round, finishing in 23rd place from the 31 competitors in the men’s Big Air event. 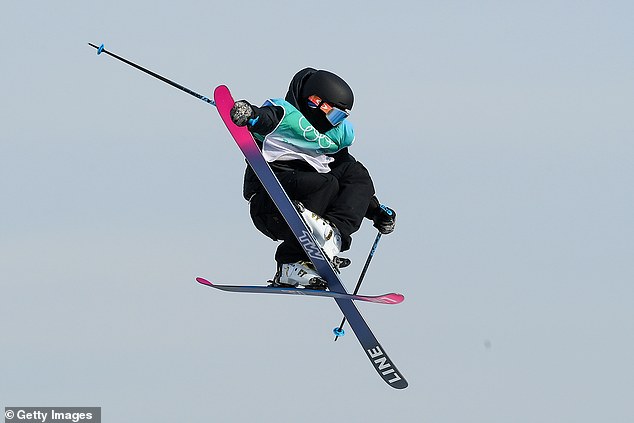 While he was able to retrieve the item, he was unable to qualify for the men’s Big Air final round