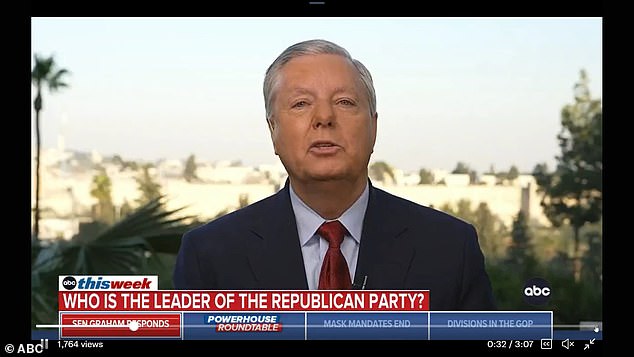 Lindsey Graham is urging his ally Donald Trump to stop promoting conspiracy theories that the 2020 election was rigged, claiming on Sunday that the ex-president is ‘hurting his chances’ of re-election by doing so.

It comes the same day as a new poll shows Republican voters are torn on whether they even want Trump as the GOP nominee in 2024 — and even fewer Democratic voters who want President Joe Biden to run again.

But according to Graham, the Republican presidential nomination is ‘his nomination for the taking’ — unless he keeps making his 2020 loss the main focus of his platform.

‘I am not contesting the 2020 election. I’d like to reform the system. The problems we found in 2020 need to be addressed. But the 2020 election is over for me,’ the South Carolina Republican senator said on ABC News’ This Week.

‘He has a great chance of being president again in 2024, if he’ll start comparing what he did as president versus what’s going on now and how to fix the mess we’re in. If he looks backward, I think he’s hurting his chances.’

While he hasn’t formally announced a re-election bid, the former president has dropped numerous hints that another campaign was at least on his mind.

Graham, one of Trump’s most vocal supporters in the Senate, was recently lambasted as a ‘RINO,’ or Republican In Name Only, by the ex-president for breaking with him on the Capitol riot.

Trump at a Texas rally last month pledged to pardon his supporters who were arrested for storming the US Capitol on January 6, 2021.

The remark earned instant bipartisan backlash. Graham, without mentioning Trump by name, released a statement declaring: ‘All Americans are entitled to have a speedy trial and their day in court, but those who actively engage in violence for whatever political cause must be held accountable and not be forgiven.’

‘Well, here’s my statement about the president’s situation right now. He’s the most dominant figure in the Republican Party. I think Biden’s approval ratings are in the tank because his policies are not working,’ Graham said without addressing Trump’s insult.

He added that continuing to push claims the 2020 election was rigged in Biden’s favor would have ramifications for the entire party. 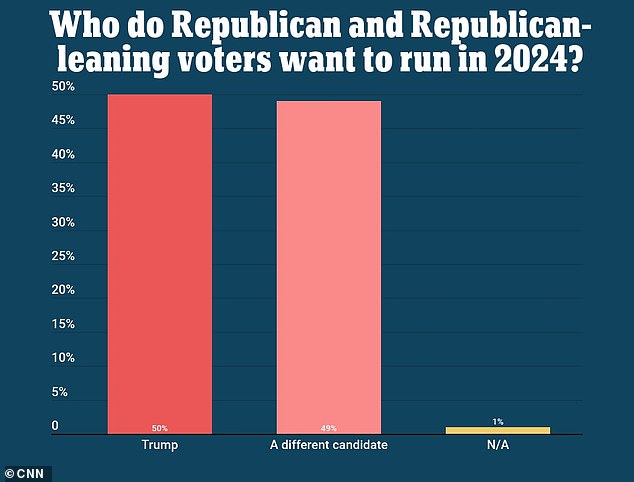 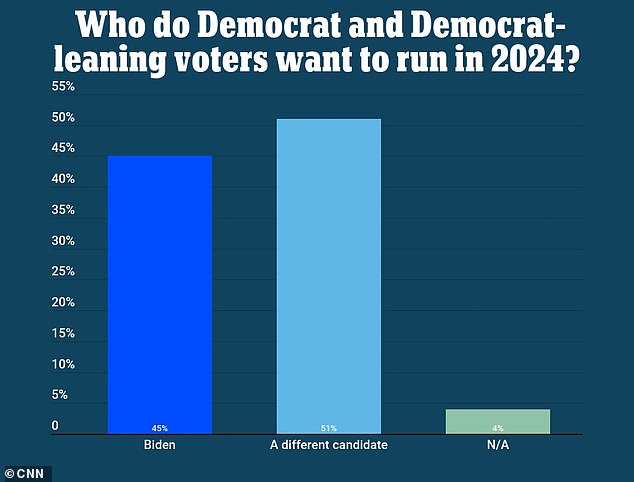 ‘I do believe, if he talked about what he’s capable of doing and remind people what he did in the past, he has a chance to come back,’ Graham said.

‘If he continues to talk about the 2020 election, I think it hurts his cause and, quite frankly, it hurts the Republican Party.’

Another prominent Republican lawmaker to break from Trump over the January 6 pardons was Senate Minority Leader Mitch McConnell, who called the event a ‘violent insurrection.’

Since Trump left office, McConnell has become a favorite punching bag of his and in recent months the ex-president has reportedly worked behind-the-scenes to gin up support to topple McConnell from his position at the head of the Senate GOP.

He previously suggested he may not support McConnell if he failed to reconcile with Trump.

‘A lot of us wish he would look forward, not backward. But he’s very popular because he stands up to all the things that most Republicans believe need to be stood up to,’ Graham said of the ex-president’s popularity.

But it appears not all Republicans feel the same as the ones on Capitol Hill do, according to CNN‘s new survey released on Sunday. 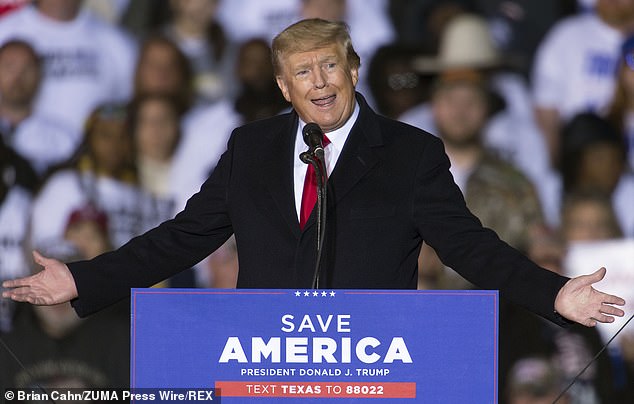 The January-into-February poll revealed that 50 percent of registered Republicans and Independent voters who lean to the right would vote for Trump to be the 2024 GOP presidential nominee.

Among Republicans Trump’s support is slightly higher, with 54 percent saying they hopes he runs again.

But just 38 percent of GOP-leaning Independents felt the same.

The lackluster sentiment for their party’s top figure is shared by Democrats — even more of whom are hesitant about a second Biden term.

Just 45 percent of Democrats and Democrat-leaning voters said they wanted Biden as their nominee in 2024. Fifty-one percent prefer a different candidate to take up the president’s mantle.

Similar to Trump, registered Democrats are slightly more receptive to another Biden ticket. However unlike Trump he fails to capture a majority of their favor — only 48 percent said they’d back another run.

The share of left-leaning Independents who would support Biden is around 33 percent.