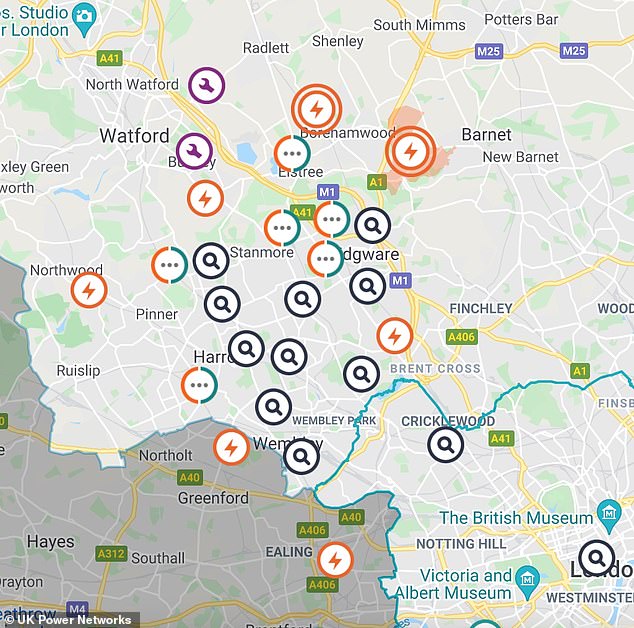 North-West London is plunged into darkness: Thousands of homes are without electricity as huge power cut hits 38 postcodes across London and Hertfordshire


Thousands of homes have been left without electricity tonight after a power outage hit areas across North West London and Hertfordshire.

Residents have been taking to social media to report the power outage to UK Power Networks after their homes were affected at around 6pm today.

Tonight UK Power Networks confirmed that 38 postcodes across London and Hertfordshire, including Wembley, Stanmore and Harrow, had been affected by the power cut.

However they assured homeowners their electricity would be restored ‘between 8.30pm and 9.30pm’. 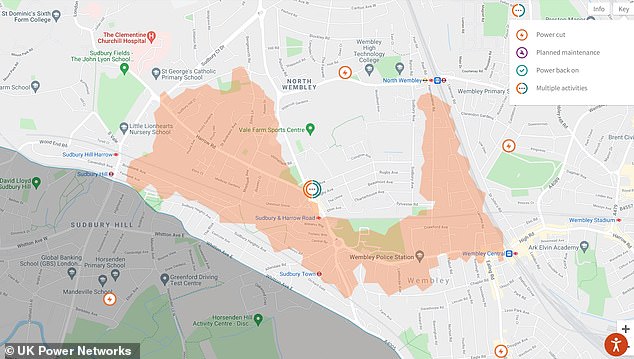 They added that the power cut was caused after ‘an underground electricity faulted the high voltage network’ and that engineers were investigating the issue.

National Grid ESO said in a tweet: ‘We apologise for the disruption to consumers in North West London who have been disconnected this evening.

‘Some have already been reconnected and engineers are working hard to ensure that all consumers are reconnected as soon as possible.’

Earlier today, homeowners took to social media to report the power outage and ask others about the issue.

One person asked: ‘Just had a power cut in HA8 for 20 odd minutes. All phone lines and mobile networks were down too. What happened?’

While another person added: ‘Power cut in HA8. Any information please?’

Elsewhere another commented: ‘Power cut in WD6 3. Power went off about 10 minutes ago.’ 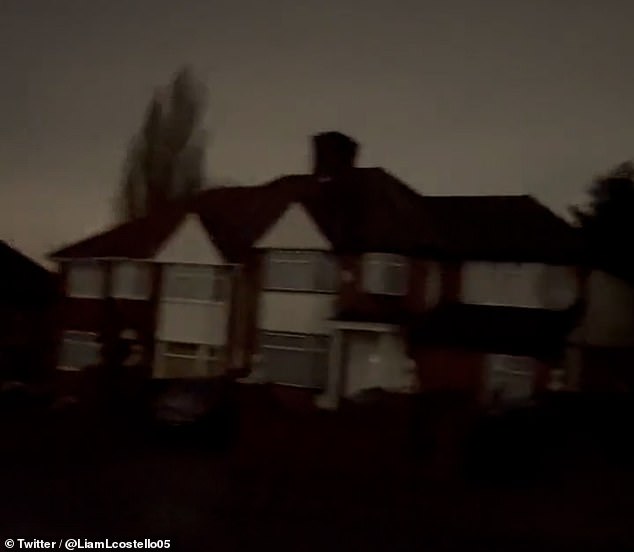 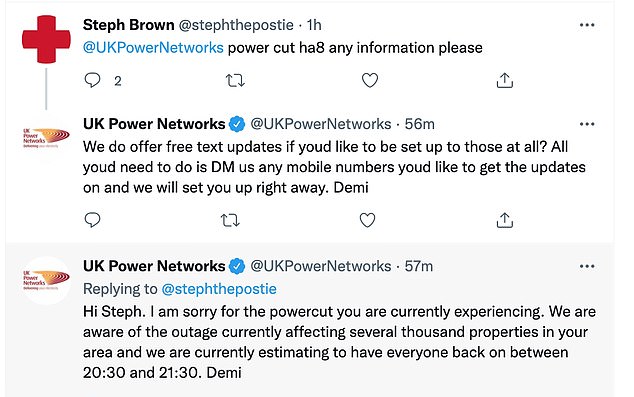 Meanwhile one resident shared footage of their street which had been plunged into darkness after the power outage hit the Wembley Park area.

In a message on Twitter UK Power Networks said: ‘Sorry for the disruption. We have lost power to a large area and have staff on the way to resolve this for you.