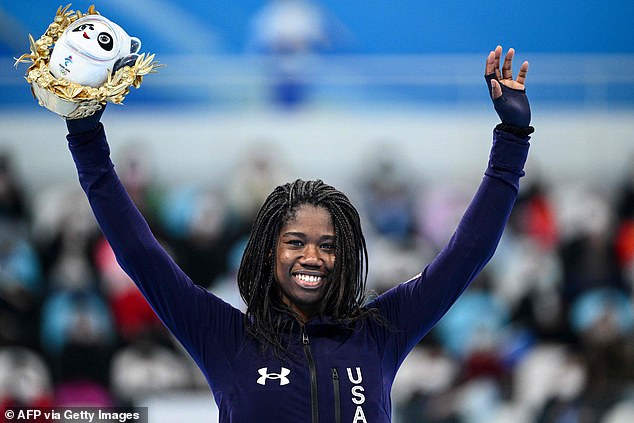 By Shekhar Bhatia In Beijing For Mailonline

The new star of speed, who ranked 24th at her first Winter Games in PyeongChang, South Korea four years ago beat Japan’s Miho Takagi and Russian Olympic Committee’s Angelina Golikova who had to settle for silver and bronze. 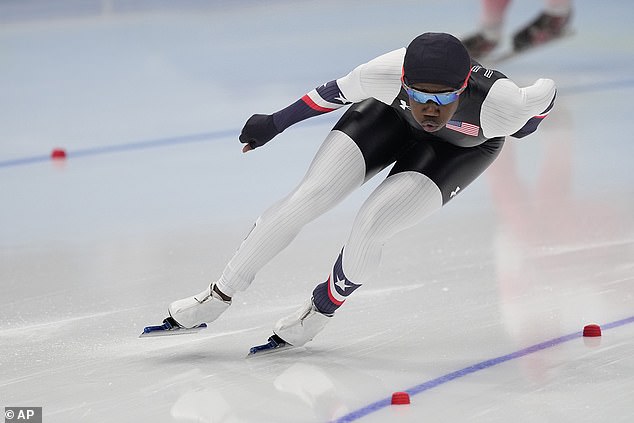 She said after her victory: ‘ I wish I could describe how I feel. It is amazing.

‘This medal means so much. It has been a tough couple of years and a tough beginning of this year. For this to come around like this, I am so happy.’

Erin had declared it her ambition to increase racial diversity in speed skating on arriving in Beijing. 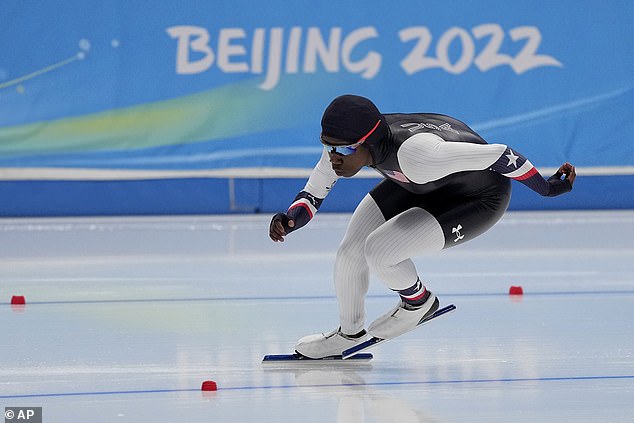 ‘So when people watch the Olympic Winter games and Roller Derby and other forms of skating, they might not see a lot of people of colour out there.

‘I’m looking forward to being one of those people the other young kids and people of colour can look at and say “hey she’s out there doing it so we have some representation”.’

Jackson’s story is a remarkable climb to gold. She only began speedskating in September 2017. She exceeded all expectations by qualifying for the South Korean Olympic Winter games.

She said she wasn’t expecting to qualify of the Olympic trials, although it was an ambition of her to be a member of team USA.

She added :’ I just didn’t see it happening this quickly.’ 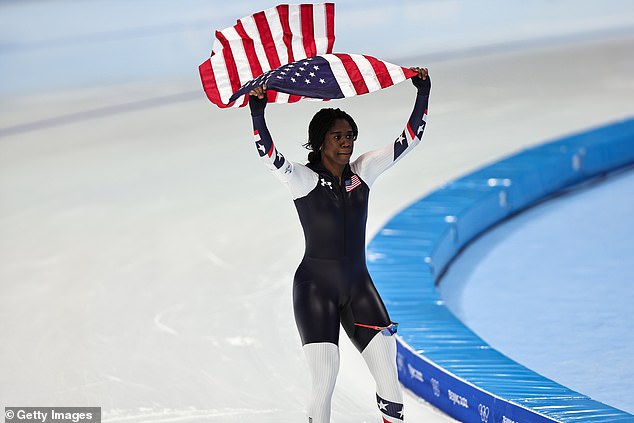 Jackson says she did not expect to qualify for Olympic trials, let alone to win gold