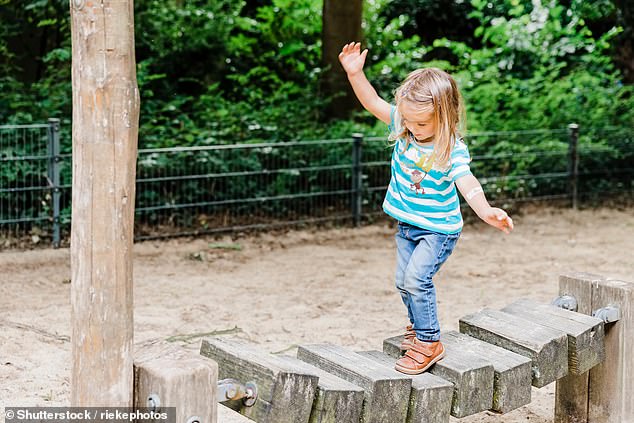 An Australian parenting guru has revealed why you shouldn’t be saying ‘be careful’ to your child when they’re doing something risky and what to say instead.

Nicole, from Perth, who is a baby, child and teen physiotherapist, advised her followers in a post to Instagram not to say ‘be careful’ to your child as it is ‘meaningless’ and ‘not specific enough’.

‘It might get them to stop, if it doesn’t go over their heads, but it doesn’t help them understand why or how they need to move safely,’ she wrote.

Nicole, a baby, kid and teen physiotherapist from Perth, has revealed why saying ‘be careful’ to your kid when they are taking risks is not a good idea and shared some phrases to use instead

Nicole said saying ‘be careful’ could cause a child to get scared or ignore you.

‘Most kids will either a) get scared, have totally no idea and avoid anything risky (not super for development) or b) just completely ignore you and may end up hurting themselves,’ the physio said.

She suggested some alternative things to say to draw attention to the child’s body, environment, potential risk and problem solving so they assess the situation appropriately and by themselves. 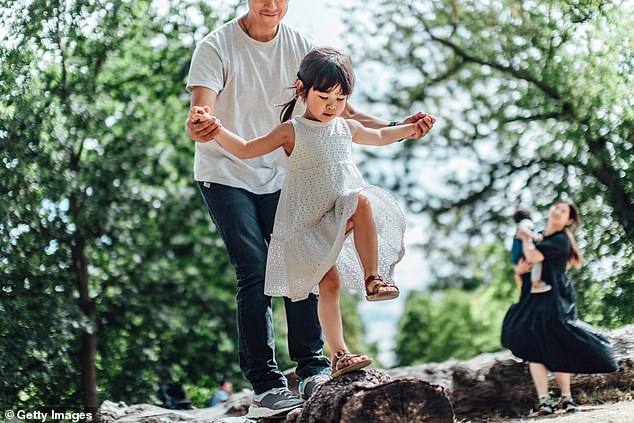 Saying things like ‘firm feet’, ‘strong legs’ and ‘slow and steady’ can draw the child’s attention to what to do with their body.

Asking what they can feel, hear or see can bring their focus to their environment and asses a potential risk.

To draw attention to problem solving, Nicole said to ask questions like ‘what’s your plan?’ and ‘are you feeling safe?’.

‘Keep it short and simple,’ she advised.

What to say to your child instead of ‘Be careful’

Draw their attention to their body

Draw their attention to their environment and possible risk

Draw their attention to problem solving

‘Are you feeling safe to…’

Reassure them you are here

‘I’m here if you need help’

Parents in the comments were quick to praise Nicole’s handy advice and said they will start adopting the strategy.

‘This is so helpful, I automatically say ‘be careful’ but now I will make a conscious effort to change my language and communication,’ one mum wrote.

‘I’m so guilty of this.. be careful is the first thing that roles off my tongue. I’ve been trying to reframe my brain and anxiety,’ said another.

‘I am trying SO HARD to stop saying ‘be careful’ so my go to is now ‘slow and steady’ and it’s pretty funny to see my toddler when I say it,’ commented a third. 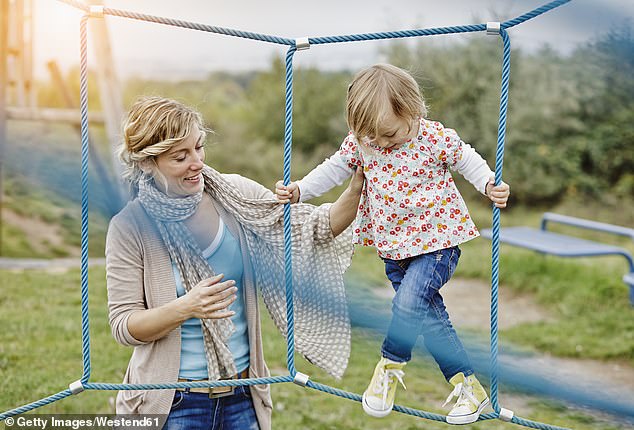 She suggested some alternative things to say like ‘slow and steady’ and ‘I’m here if you need help’ to draw attention to the child’s body, environment, potential risk and problem solving

Previously, leading parenting educator, Maggie Dent shared her handy trick for calming a toddler having a tantrum and promises it works every time.

The Australian parenting expert said every time your toddler or child is having a tantrum, the best thing to do is ask them a question.

The reason why this works is because it distracts them and gets them to ‘focus on you rather than what is making them angry’. 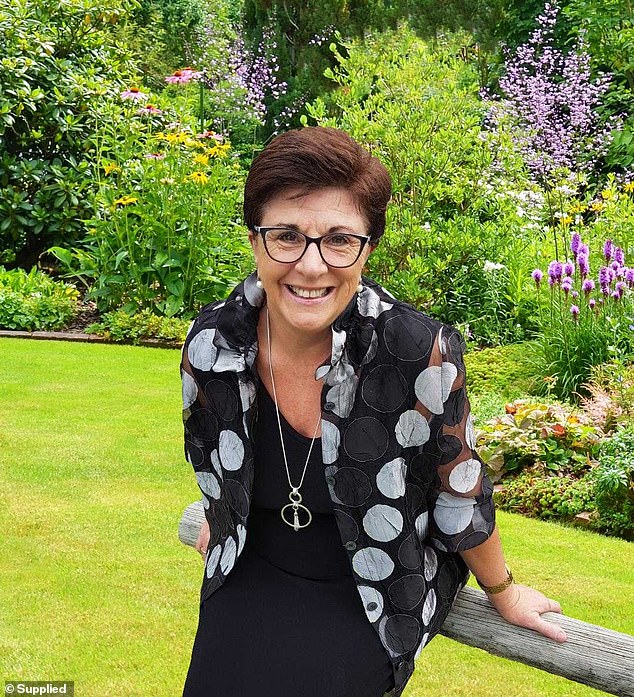 A leading parenting expert shared her simple two-second trick for calming down an angry child, and she promises it will work every time (expert Maggie Dent pictured)

Good examples of questions include: ‘Was that daddy’s car?’, ‘Do you want a drink?’ and ‘Should we go and play outside?’

The parenting expert said questions like these often work to distract them from what they were worried about, and help them move on to something different and more exciting.

When the trick was shared on Facebook, it wasn’t long before dozens of parents were quick to praise it.

‘Yes, it’s good to try and change the subject and train of thought to something more familiar!’ one mum posted.

‘This is great,’ another added. 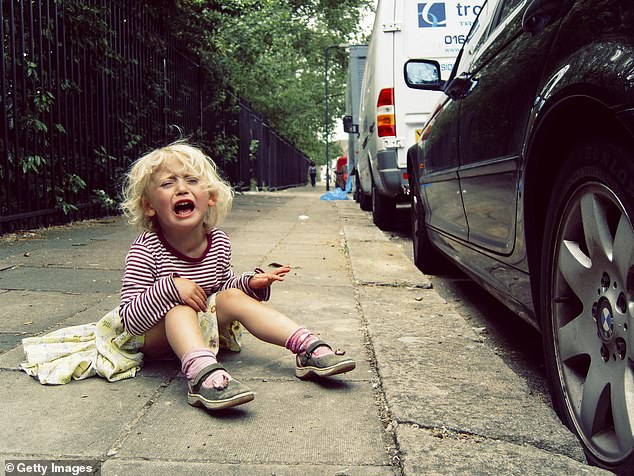 Australian parenting educator and author Maggie Dent said every time your toddler or child is having a tantrum, the best thing to do is ask them a question (stock image)

Parenting expert and educator Sharon Witt also told FEMAIL that while it can feel difficult to help a child through a tantrum, distraction can be a useful technique.

‘Sometimes, when our children are in the midst of a tantrum, it can be very difficult for them to control their emotions, much less, regulate their thoughts,’ she told Daily Mail Australia.

‘This is when parents can step in and give a simple, calm distraction that can provide a short circuit distraction – giving our young people the change to stop, and calm themselves.’

But not every parent was on board with the idea, with some saying this is akin to ‘gaslighting’ children.

‘Let them feel an emotion and process it,’ one mum said.

‘Or you could acknowledge that anger and sadness are valid emotions and not something to be scared of,’ another added. 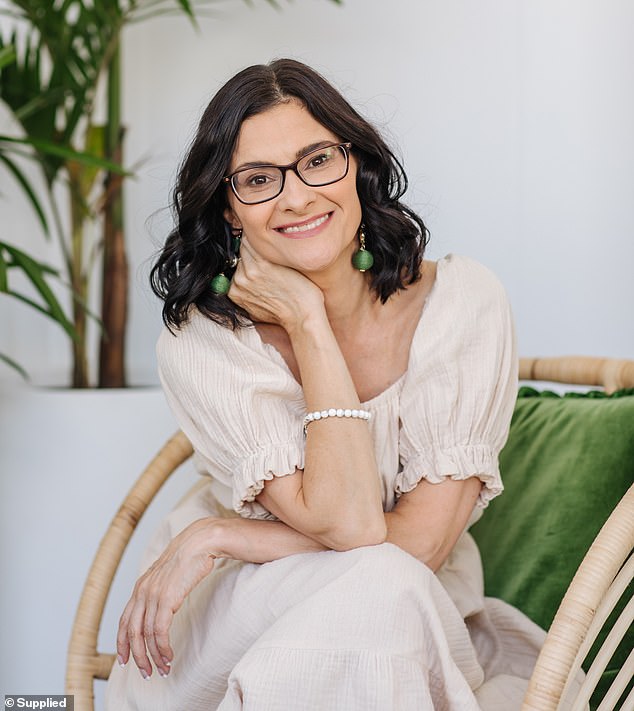 Parenting expert and educator Sharon Witt (pictured) also told FEMAIL that while it can feel difficult to help a child through a tantrum, distraction can be a useful technique

According to Australian parenting website Raising Children, distraction is a ‘simple strategy that’s good for situations when behaviour might be a problem’.

‘Pointing out something interesting, starting a simple game or pulling funny faces is a great way to distract them when they are getting cranky, have been sitting still for a long time or are having trouble taking turns or sharing with others,’ the website reads.

Good distraction techniques include giving children something else to do, whether it’s a new toy or game or a change of scenery in a different room.

You could also change the activity or start singing a song to help to distract them, Raising Children advises.

However, their experts added that there are a few situations where distraction won’t work.

This is typically when your child has hurt someone or is too upset to be calmed down.