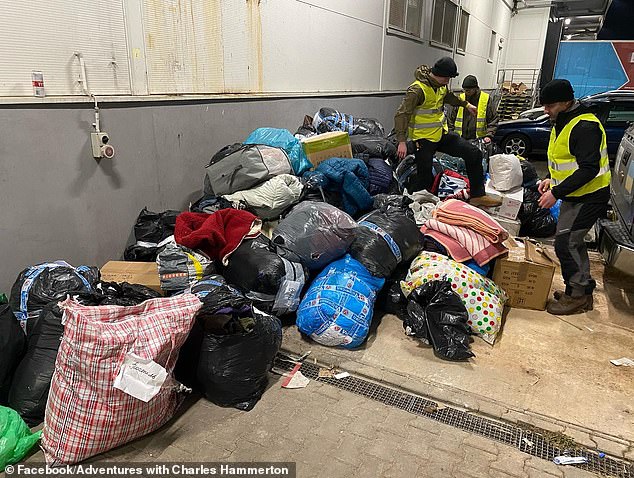 Huge piles of donated clothes for refugees have been left dumped in a car park on Poland‘s border with Ukraine as aid workers have pleaded with the public to send money or essential supplies instead.

Arriving on foot out of war torn Ukraine, refugees hoping to get to their final destination, do not need clothes, aid workers have said.

Volunteers also claim they do not have time to go through the truckloads of donations arriving in unlabelled and unsorted boxes from all over Europe.

Unlike the labelled and sorted boxes with required items – like sanitary towels and nappies – which are given to refugees, unwanted items are ending up in car parks along the border, pictures show.

At the border town of Medyka, near Przemysl in Poland, volunteer Charlie Hannerton took photos of the piles of clothing and bedding in a car park.

At the border town of Medyka, near Przemysl in Poland, volunteer Charlie Hannerton, 27, took photos of the piles of clothing and bedding in a cark park 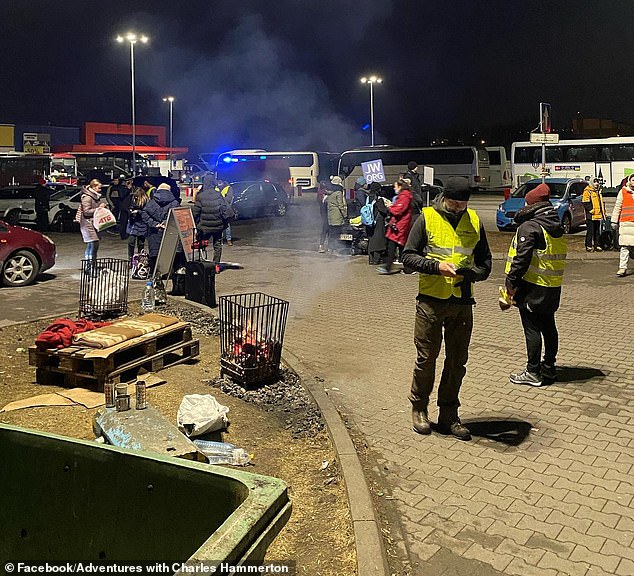 Charlie, from Falmouth, Cornwall, said refugees are arriving on foot, and don’t spend long enough at the border point to sort through clothes, and can only take what they can carry

Mr Hannerton, from Falmouth, Cornwall, said refugees are arriving on foot, and do not spend long enough at the border point to sort through clothes, and can only take what they can carry.

The 27-year-old saw the boxes abandoned on Wednesday, 9 March and Thursday, 10 March but he said other volunteers he met there reported similar mounds of dumped items at nearly every border crossing point.

He said: ‘The point I think I was trying to make with the pictures is that when the volunteers on the border say no clothes donations, they really mean no clothes.

‘The refugees and volunteers on the border simply don’t have enough time to give them to people.

‘When the refugees arrive, they’re literally brought into the camp and then immediately put on a bus or ferried into Europe in a car.

‘They just get slung on a bus, and there is barely any system.

‘Volunteers just queue up, get a high vis vest on, and take whoever you can fit somewhere where they might have relatives or friends.’ 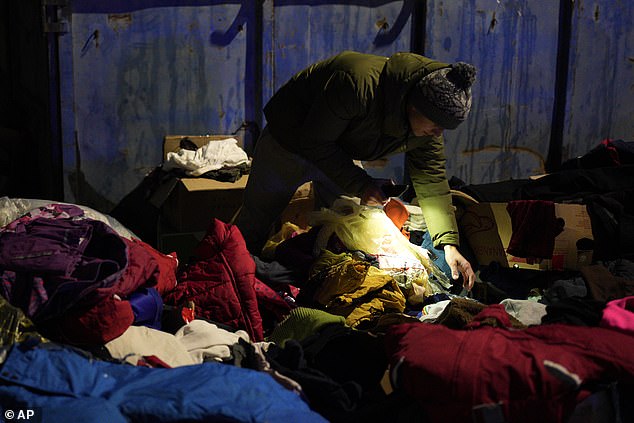 Cassandra Nelson, who works at Scottish organisation Mercy Corps that is helping in Ukraine, says money is best.

She told the i newspaper, ‘Unless there is a very specific request for something like certain types of medicine, money donations are best.’

Ms Nelson said money also allows aid workers to buy what is needed cheaper and without transit costs from ferrying goods to Poland.

Dan Walden, Unicef’s senior emergencies specialist, said: ‘Time is of the essence in Ukraine and we can get money transferred from our bank to a local bank in Ukraine within moments.’

‘It’s usually much easier to buy items in the countries where they are needed. It’s also usually cheaper and helps local markets and economies, helping countries to get back on their feet,’ Judith Escribano, director of communications at Action Against Hunger added. 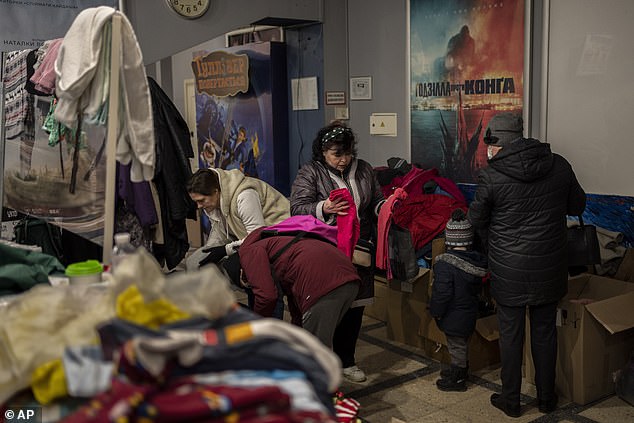 Dan Walden, Unicef’s senior emergencies specialist, said: ‘Time is of the essence in Ukraine and we can get money transferred from our bank to a local bank in Ukraine within moments.’ Pictured: Ukrainians pick clothes inside a cinema turned aid center in Lviv, western Ukraine on March 12 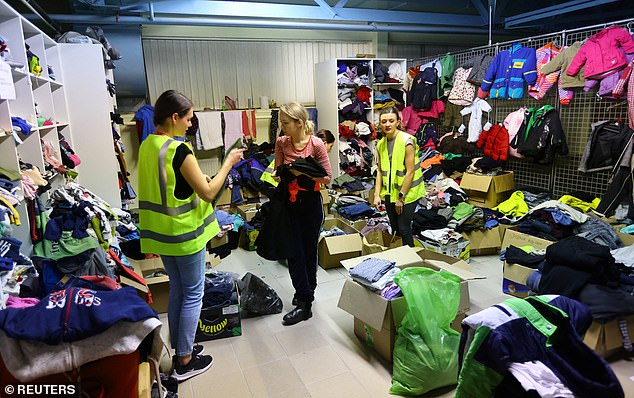 Volunteers sort clothes in a temporary accommodation for people fleeing the Russian invasion of Ukraine, in Rzeszow, Poland

Mr Hannerton added: ‘What they need is nappies, sanitary towels, blankets, really useful things that have a one time use – consumables I guess.’

He says more boxes containing clothes, buggies and bedding are abandoned in the car park each day.

He said heaps of donations now fill car parks along the border.

He said the refugees currently arriving in Poland, Moldova, Slovakia and other border countries are ‘the lucky ones’ who can afford to escape. 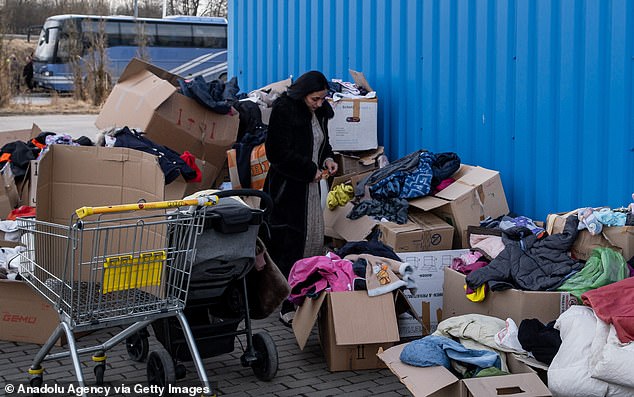 Every day thousands of Ukrainian refugees fleeing the war arrive at this shopping center adapted to be a refuge in Mlyny, Poland

But even these people, who have money and cars, still have to walk across the border with only what they can carry.

He explained: ‘I’ve been in the refugee camps this week.

‘I work with children in trauma in the UK so I took my outdoor setup to the refugee camps to do some outdoor education stuff with the children there.

‘I found myself giving things on the border to the refugees crossing over.

‘There are kids that literally walk for days.

‘They might lose their families or might be orphans, they just walk to the border with no food and in whatever they are wearing.’