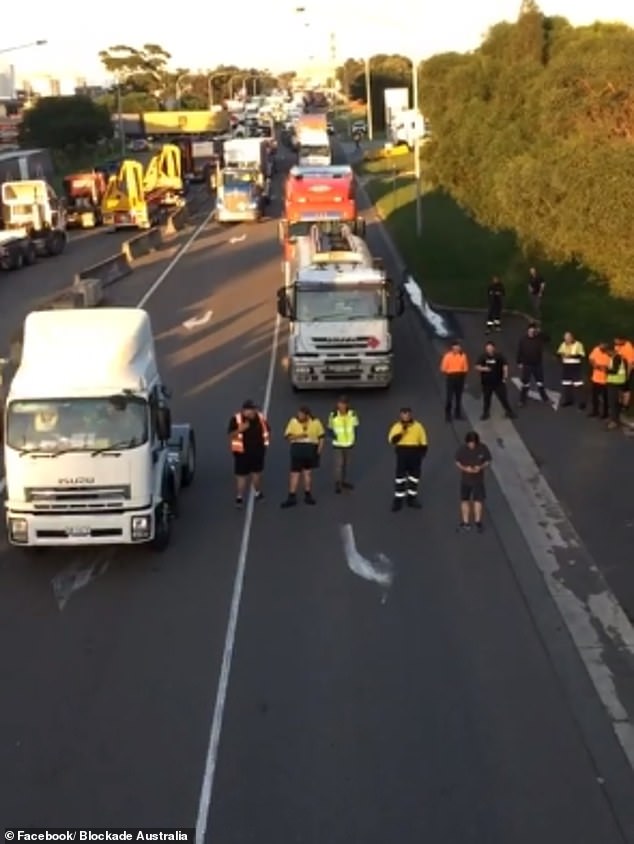 A Blockade Australia protester suspended himself on a pole 10m above the main road in Port Botany – a major industrial hub in the city’s south.

One protester suspended himself on a pole 10m above the main road in Port Botany, Sydney on Tuesday morning to protest about the ‘climate emergency’

Live traffic revealed there were significant delays to peak hour traffic with cars and trucks backed up for nearly a kilometre on nearby Foreshore Rd and Botany Rd.

A stream of the protest was up on Blockade Australia Twitter account but had been taken down by 8am.

‘Suspended from the monopole, Tom (23) is blocking one of the main roads in and out of Port Botany,’ the caption said.

‘He is taking this action because the exploitative and extractive Australian system is driving ecosystem and social collapse.’

One protester was pulled down from the light pole about 7.30 but a second kept filming the protest perched above the backed up traffic as workers stood in the street waiting.

‘The system is endangering us all … (the protest) needs to be done.’ the man can be heard saying on the video.

Police have urged motorists to avoid the area, with heavy vehicles told to detour to Bunnerong Rd.

In November last year, two climate protesters associated with Blockade Australia shut down the world’s biggest coal port by abseiling off a key piece of equipment.

The two female protesters entered the Port of Newcastle and attached themselves to a key piece of machinery that loads and unloads coal, shutting down the port.

The activists, named only as Zianna and Hannah, climbed to the top of the equipment and suspended themselves out of reach. 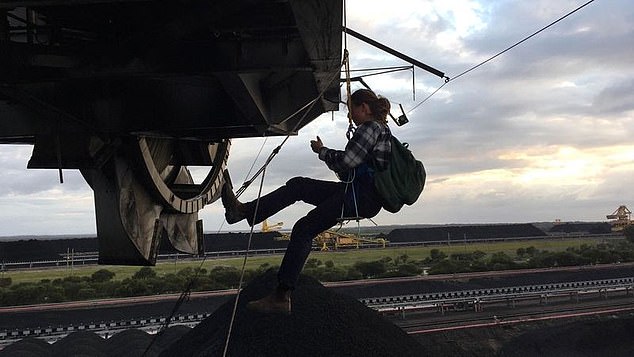