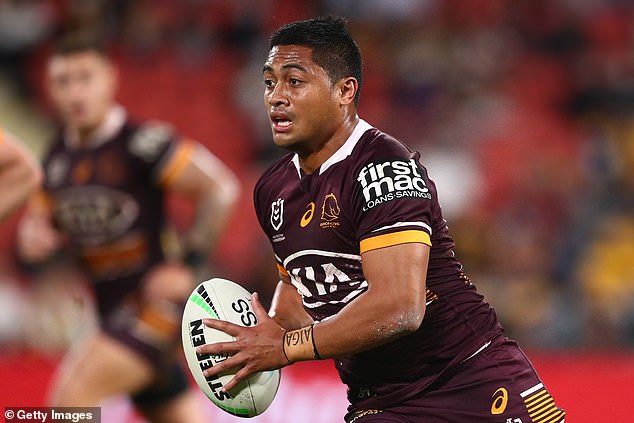 BREAKING: Anthony Milford WILL return to NRL action: League approves of ex-Broncos star’s move to Newcastle after assault charges were dropped – but five-eighth ‘must complete education program before featuring for Adam O’Brien’s side’

Anthony Milford has reportedly been given the green light to return to NRL action, with the league approving his move to Newcastle on a ‘conditional basis’.

The 27-year-old signed with South Sydney for 2022 but the NRL refused to approve his contract after he was charged with three counts of assault last September.

Milford was charged with three counts of assault occasioning bodily harm and one count of wilful damage, after being arrested in the early hours on September 20 following reports of a disturbance on Marshall St in Fortitude Valley in Brisbane’s nightlife precinct.

On Monday, however, the charges were dropped after he pleaded guilty in Brisbane Magistrates Court to one count each of public nuisance and wilful damage.

The Knights launched an application to sign the five-eighth, but the NRL deliberated over allowing his return.

However, his move to Newcastle has finally gotten the go-ahead on a conditional basis in a big boost for coach Adam O’Brien. Milford is expected to join NRL newcomers the Dolphins next season, too.

Milford will be able to link up with the Knights next week for training, although the Daily Telegraph reports that he will not be able to compete until Round 10 at the earliest, as he must complete an education program before he is given official clearance to play.

It is understood that the course can be completed by the time Round 10 swings around, at the earliest.

Milford held talks with NRL supremo Andrew Abdo on Saturday morning. Bunnies coach Jason Demetriou and Dolphins boss Wayne Bennett were among a number of high-profile names calling for the 27-year-old to be welcomed back to the sport. 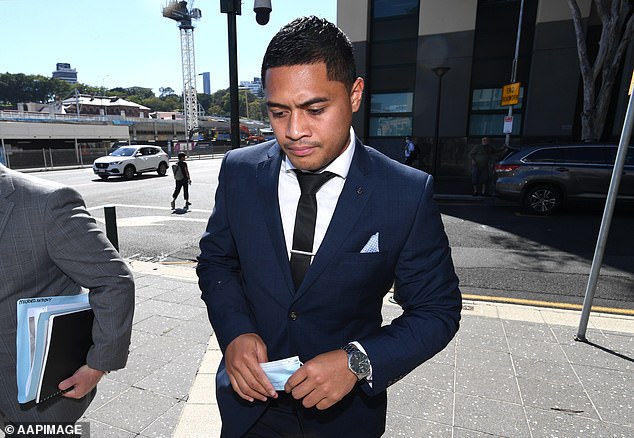 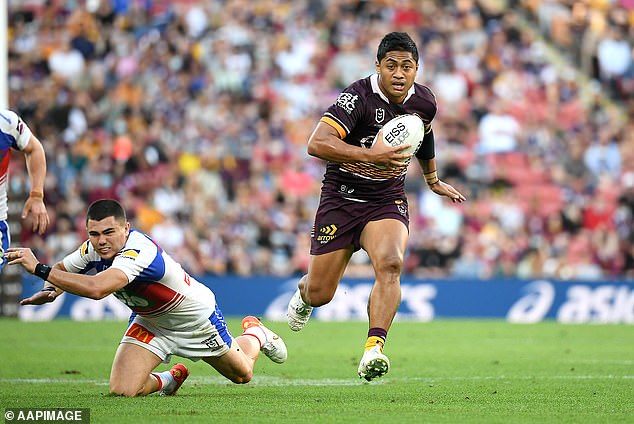 Demetriou was meant to be reunited with Milford, whom he worked with as Brisbane’s assistant coach for two seasons in 2017 and 2018, in Sydney this season after the latter signed a one-year deal in July last year after being released by the Brisbane Broncos.

‘Anthony got himself into an incident he didn’t need to get himself into, but he’s done his time,’ Demetriou told the Sydney Morning Herald.

‘He and his family have paid a really heavy price, and the NRL should look to register him and let him play some footy.

‘A lot has gone on during that time here at Souths, but if a club like Newcastle are keen to sign him, I don’t see why anyone is stopping him.

‘He’s only 27, he’s a 10-year player, someone who earned $1 million a season, played in grand finals, played Origin and has given the game so much. It’s time for the game to support him as well. He’s paid his dues – let the kid play some footy.’