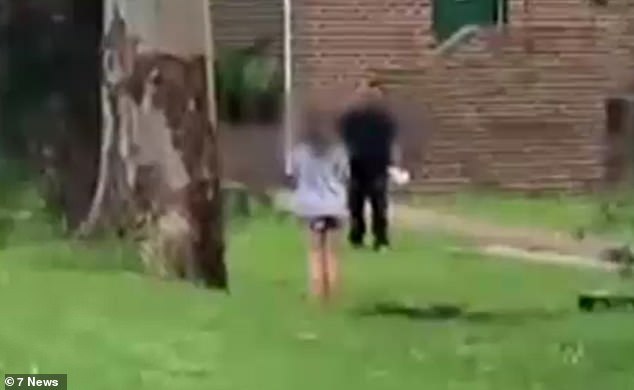 A group of brave Sydney children confronted a ‘super creepy man’ after he approached a young boy at a park.

The man allegedly approached the child at Lionel Watts Reserve in Belrose on the Northern Beaches last Thursday.

The man told the boy he’d give him ‘$20 to come with him because he had a surprise,’ Michelle, whose son was there, told 7NEWS.

A ‘super creepy’ man approached a young boy in Sydney last Thursday. The man allgedly offered the young boy money to follow him 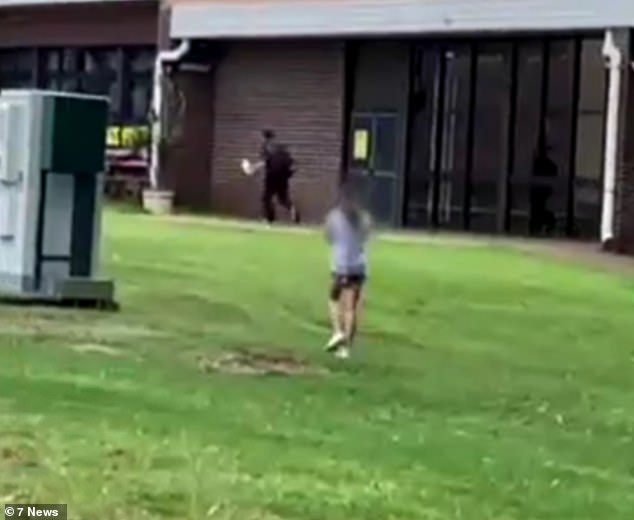 But after the man tried to lure the young boy, more than seven brave children confronted him, and took photos and videos while shouting at him.

‘This is the guy,’ one child can be heard shouting.

The children chased the man away, before he was seen running down a nearby road.

‘Thankfully the kids were savvy enough to know that that was not okay. It’s super creepy,’ Michelle said.

Police believe the same man was offering money to teenage girls if they followed him at Glenrose Village Shopping Centre at Belrose, two days before he approached the child at the park.

They said it’s too early for them to determine if the man had sinister intentions, but believe he could do it again.