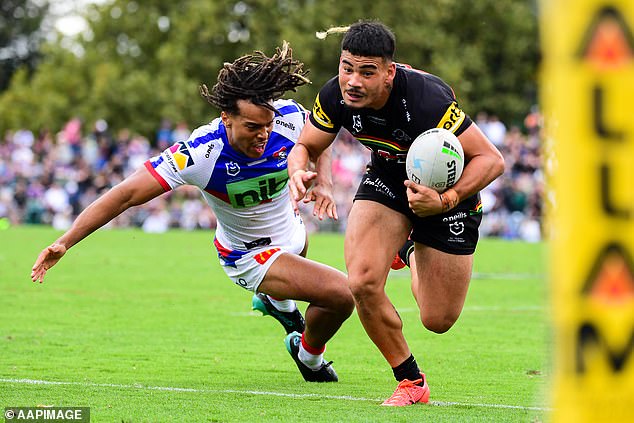 Nathan Cleary wants Taylan May to be among the first beneficiaries of his decision to take less money to stay at Penrith, adamant the winger belongs at the Panthers.

May is off contract at the end of this year, having already proven himself to be a force in the NRL with seven tries in his first four games.

He is one of several big names to come off contract at Penrith in the next 18 months, with the likes of Stephen Crichton, Brian To’o, Izack Tago and Liam Martin also due next year.

Cleary’s new deal that keeps him at the club until 2027 created headlines this week, with the halfback accepting a contract worth around $200,000 less per year than he could make elsewhere.

It means he will technically take a pay cut when his current deal ends in the years between 2025 and 2027, given he was unable to downgrade his salary on his current contract that runs until 2024. 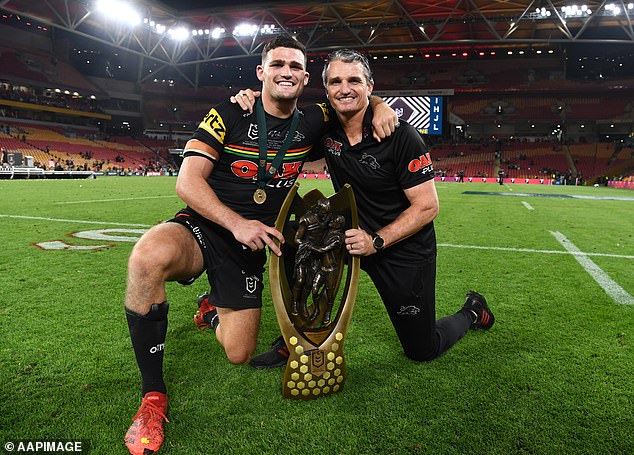 While that won’t immediately help Penrith’s cap situation and the fight that no doubt looms to keep May, it will assist the larger long-term jigsaw puzzle to retain both him and other players.

‘The last thing I wanted was people getting squeezed out because of what I was on,’ Cleary said, confirming he had asked for the pay cut.

‘It’s a hard thing when you’re in a successful team, everyone’s value goes up and especially people you’ve grown up with.

‘You become good mates with everyone in the team, you don’t want to see anyone leave.’ 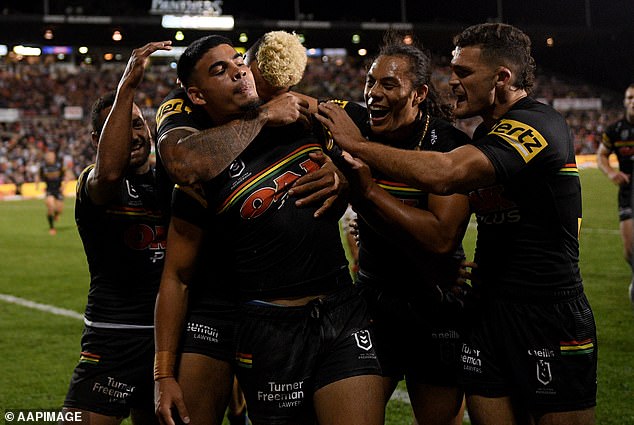 Cleary is adamant May is one of those people he does not want to see exit.

‘People like him, young kids who come up through the area, we absolutely want people like him playing for the Panthers,’ Cleary said.

‘I love playing alongside him and I’d hate for him to play anywhere else.

‘He’s been a massive surprise packet for the outside world. He’s been doing this for the last few years at training.

‘He just needed that opportunity and he’s taken it with both hands.’

The brother of Cleary’s close friend Tyrone May, Taylan found himself in off-field trouble last year with an assault charge on the Sunshine Coast. 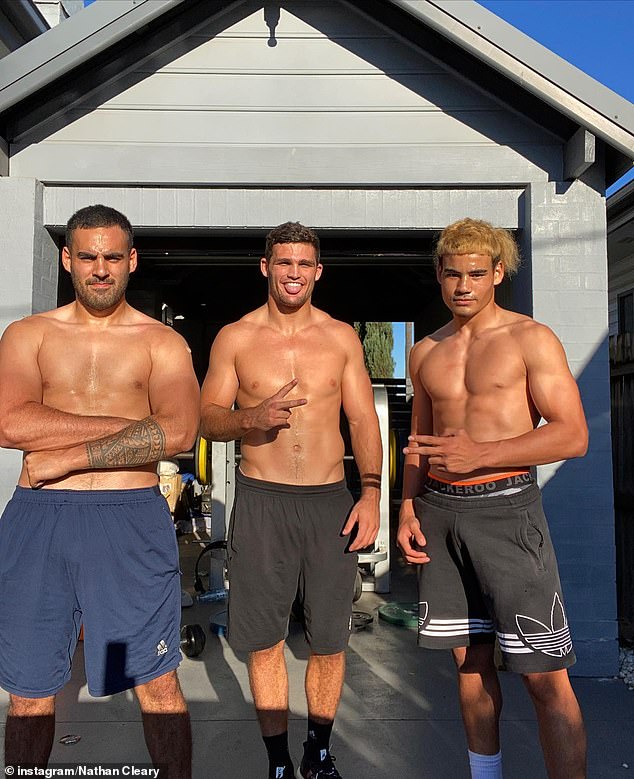 It’s claimed the 20-year-old was sticking up for Cleary and other teammates when he allegedly dragged another male patron to the ground.

Cleary cannot comment on the incident, but said the flyer was a selfless youngster.

‘He’s always going to put others above himself,’ he said.

‘Growing up it’s probably got him in a bit of trouble but that’s what we love about him.

‘He’s constantly putting the team first and his brothers ahead of him. He is definitely not a selfish guy.’