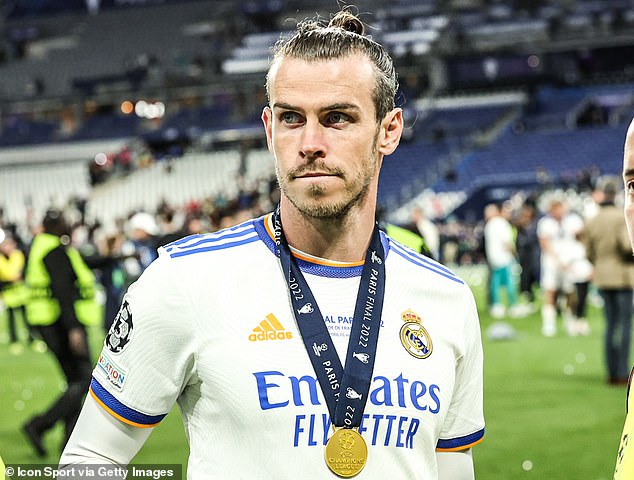 Gareth Bale posts heartfelt tribute to Real Madrid saying it was an ‘honour’ to wear the shirt for nine years and his ‘dream became a reality and much, much more’ as he bids farewell to LaLiga giants… but what will he do next?

By Oliver Salt For Mailonline

Gareth Bale has bid farewell to Real Madrid in an emotional post on social media, insisting his nine-year stay at the Bernabeu was an ‘incredible experience’ that he will ‘never forget’.

The Welshman won a host of major trophies after leaving Tottenham to complete a world-record £90million move to Madrid in 2013, including five Champions Leagues and three Spanish titles.

He scored three goals in Champions League finals for the club, helping them reach La Decima against Atletico Madrid in 2014 before scoring twice against Liverpool four years later.

Bale is now set to depart upon the expiry of his contract this summer, having suffered a fall from grace at the Bernabeu in recent years mainly due to fitness problems.

And despite his fractured relationship with supporters of late, Bale has thanked Los Blancos and insisted it was an ‘honour’ to play for the club in a heartfelt farewell message.