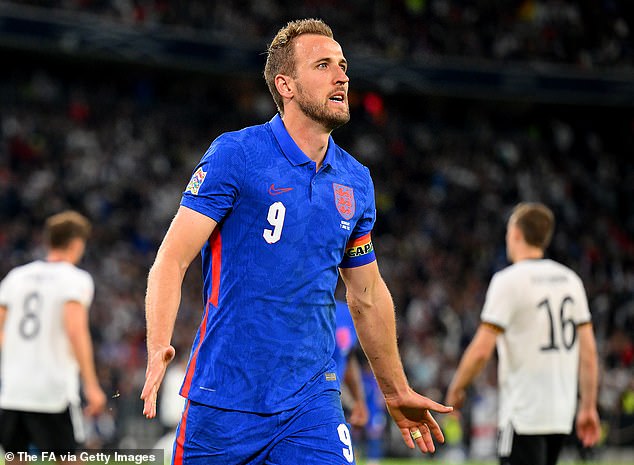 Harry Kane will be rested for England’s Nations League fixture against Italy, with Gareth Southgate set to give Roma striker Tammy Abraham a chance to stake his claim

By Sami Mokbel for the Daily Mail

Harry Kane is set to be rested for England’s upcoming Nations League game against Italy at Molineux on Saturday.

The captain, 28, scored his 50th international goal in Tuesday’s 1-1 draw with Germany, moving him one clear of Sir Bobby Charlton into second place on England’s all-time list.

Kane is three goals off Wayne Rooney’s record of 53 goals for England, but the Tottenham man will not get the chance to close the gap further this week as Gareth Southgate will instead let Roma’s Tammy Abraham lead the line against Italy. 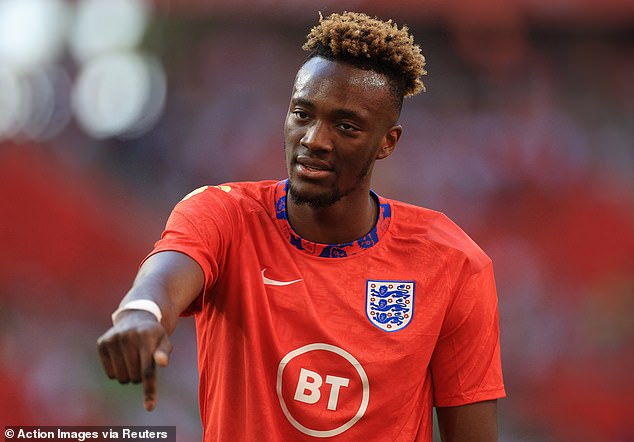 Southgate hinted he would rest him after the draw in Munich, despite Kane’s desire to play every game for his country. He could return to face Hungary on Tuesday.

The England manager said: ‘We have clearly got to look after the welfare of the players.

‘Harry is a phenomenal professional, the way he looks after himself. 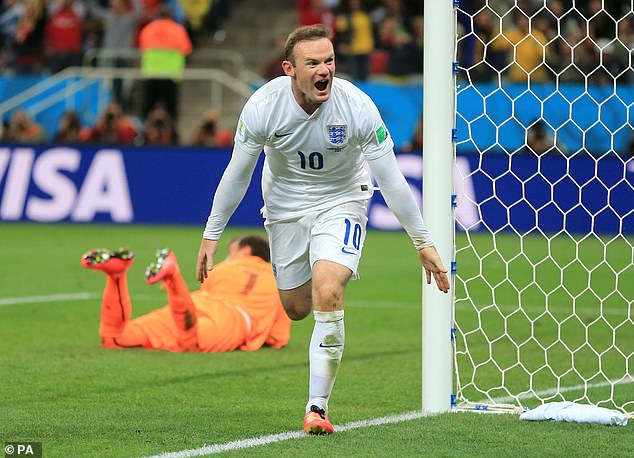 ‘I’m not saying he’s going to get his desire to start all four games because there’s also Tammy that we want to see perform as well.’

Sportsmail revealed last week that Southgate was keen to provide Roma striker Abraham with a chance to impress, as the England boss is wary of the lack of centre-forward options behind Kane with the World Cup approaching.

He is expected to make a host of changes for the Italy game, which will be played behind closed doors at Molineux as a punishment for the violent scenes that marred last summer’s Euros final at Wembley.