Teddi Mellencamp appears to be taking a stand against parents that use filters when posting pictures of their children on social media.

However, the former Real Housewives of Beverly Hills star made her point by sharing an image of her two-year-old daughter Dove that had been put through a filter, which many of her followers called ‘adorable.’

The digitally altered image showed her daughter with a contoured nose, thicker eyebrows and eyelashes, plumped lips and a smoothed out complexion.

‘Y’all the “face-apping and tuning” of the kids is really getting next level on the gram,’ Teddi began her Tuesday post to her 1million followers. 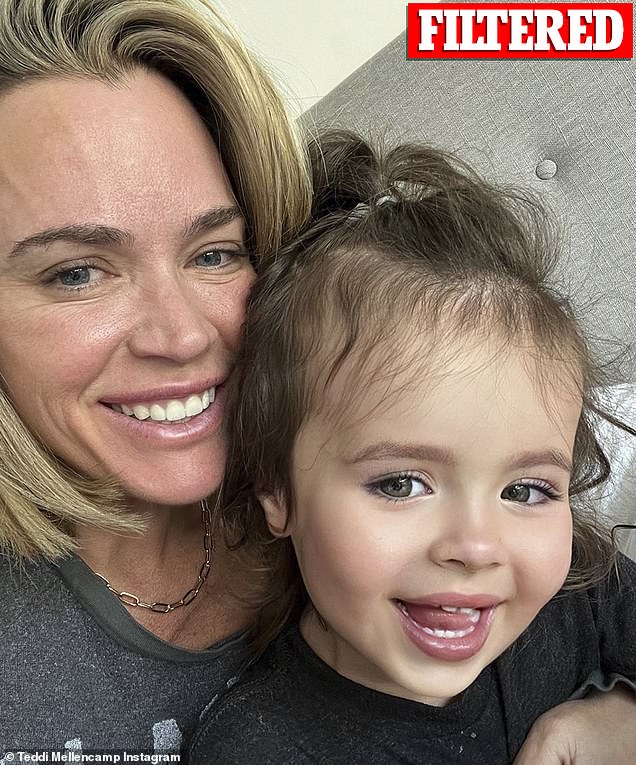 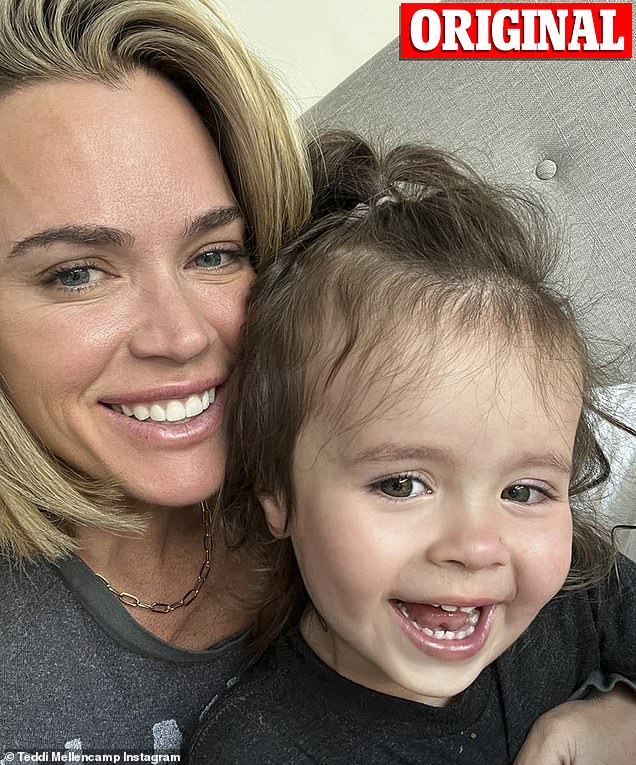 Filtered vs the original: Teddi posted the unfiltered version of the snap six weeks ago to give a health update on her daughter Dove

‘How about us over the age of 18 can use all the filters we please…but, let’s savor our kids looking like kids. I am grateful none of these apps or anything other than clear neon house phones, polaroid cameras and pagers were around when I was growing up. Who is with me? #thefilteredlife.’

FaceTune and FaceTune2 are photo-editing apps used the world over by celebrities and influencers and FaceTune2 in particular features a digital makeup setting.

The original unfiltered image of Teddi and her little one first appeared on her account six weeks ago, where she revealed Dove had been sick with Croup, a disease that causes swelling in the airways and problems breathing.

Dove previously had to wear a special helmet for six months after undergoing a corrective procedure for Lambdoid Craniosynostosis, which refers to the premature fusion of bones near the back of an infant’s skull.

On the filtered image that Teddi posted, many of her fans seemed to miss the point of her sentiment as they gushed over the altered image.

‘Absolutely beautiful photo of Mother and Daughter!’ one fan wrote, while another said: ‘Teddi you and DOVE are so gorgeous.’

Others agreed with her however, with one fan writing: ‘Teddi, I agree with you on that. It’s pathetic that photoshop and face-tune exist. #nofilterneeded.’ 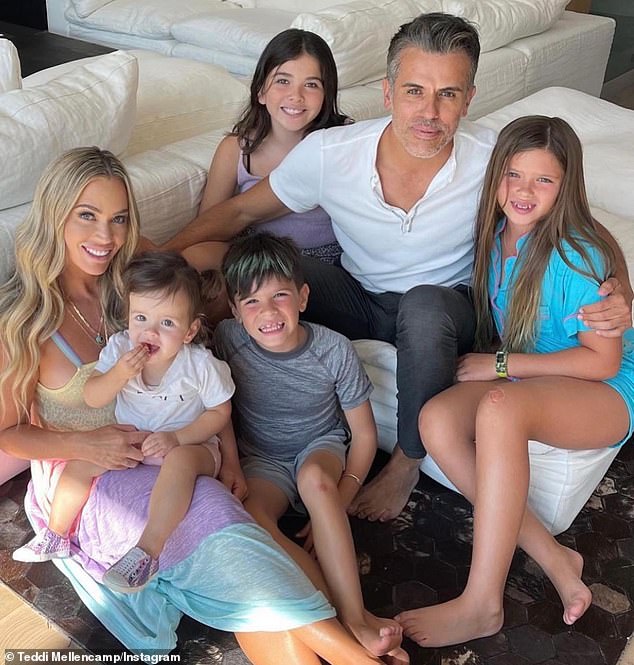 Another wrote: ‘How about women just be women and not use the filters. Absolutely one of the many reason self esteem is in the tank for our young girls. They think you guys really are flawless.’

Teddi’s stand comes a week after Tori Spelling was accused of filtering snaps of her 14-year-old daughter Stella for her graduation photos.

However, Tori insisted she was ‘horrified’ by the suggestion she’d digitally altered the image and said it was just ‘make up’ and ‘studio lighting’.

She hit back: ‘Horrified to read messages and press that I added heavy filters to my daughter. My photos are not from school in natural daylight at her actual graduation!

‘Right after, she opted to up the amount of makeup bc she is a budding makeup guru ( and at school she needed to keep it natural) for a professional in studio photoshoot ( with in studio lighting) we did for her on our cooking show together #@homewithtori’ 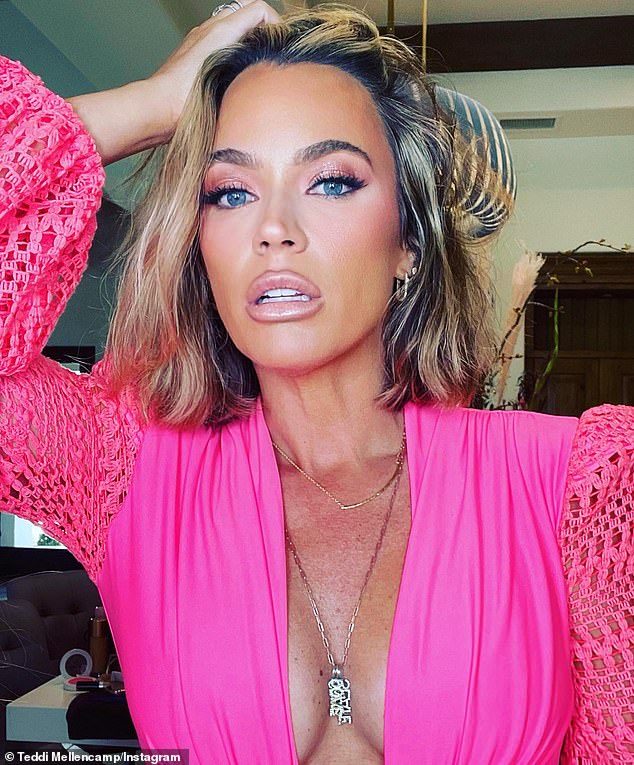 Gram: The star is no stranger to posting a glamorous selfie