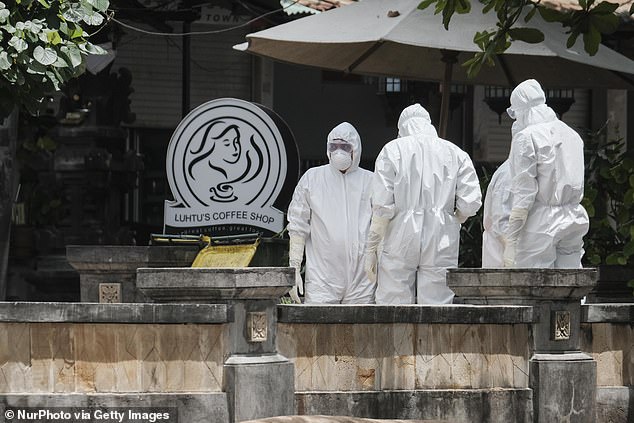 Aussies travelling to Bail could face strict biosecurity restrictions upon return to prevent foot-and-mouth disease from entering the country.

Indonesia, which was free of the disease from 1986 until May, confirmed it has spread to Bali with more then 230,000 cases detected across the country.

Fears foot-and-mouth-disease (FMD) could be transported back to Australia by tourists have sparked calls for stricter biosecurity measures for returning travellers.

Bali-based veterinarian Dr Ross Ainsworth said travellers should be forced to declare whether they had visited a farm, and said airports should implement mandatory shoe disinfection.

Fears foot-and-mouth-disease (FMD) could be transported back to Australia by tourists has sparked calls for stricter biosecurity measures for returning travellers (pictured, medical team evacuating a sick tourist in Bali) 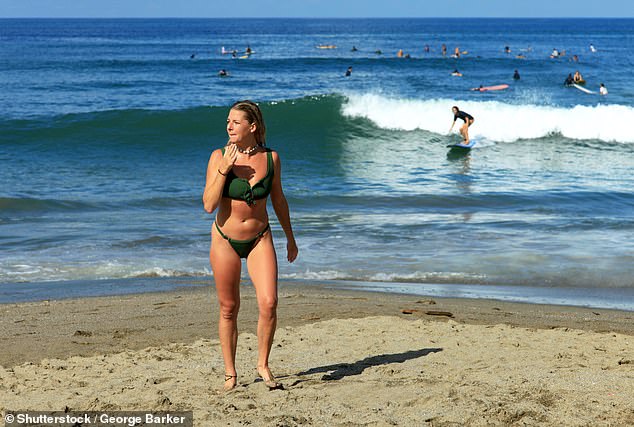 Indonesia’s Ministry of Agriculture said it had been detected in more than 60 cows across three locations in Bali, putting Australian authorities on high alert.

Australia’s last recorded case of FMD was in 1872, and recent modelling conducted by the Federal Government’s commodity forecaster ABARES revealed an outbreak would cause revenue losses of $80billion over 10 years.

Dr Ainsworth, with 40 years experience in the Australian beef industry, believes the risk of local introduction is becoming very high.

‘The big danger period in Bali is from now until the herd is fully vaccinated – until there’s livestock vaccinated across Indonesia we’re at a much higher risk,’ Dr Ainsworth told the ABC. 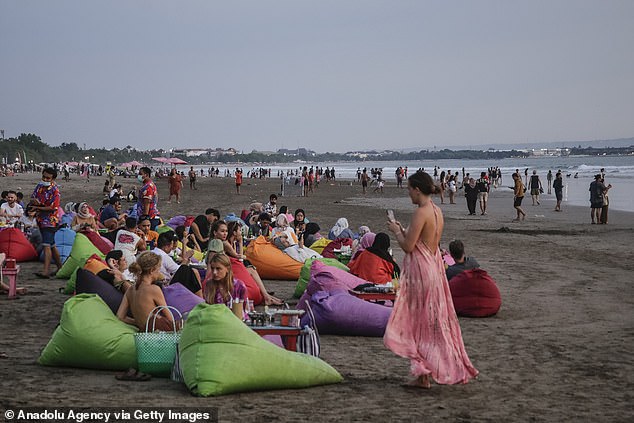 These warnings are being issued in the wake of Aussies expected to take a trip to the famous tourist hotspot in coming days, as the school holidays begin in Western Australia (pictured, tourists at Canggu Beach in Bali)

Dr Ainsworth said the magnitude of the risk warranted the immediate introduction of biosecurity measures upon all people travelling from Indonesia.

‘Until Bali is fully protected by vaccination of its cattle and pig populations, an increase in the attention paid to tourists returning to Australia, especially their footwear, seems to be warranted,’ he said.

‘Additional requirements such as ensuring shoes are clean and walking through a wet sponge infused with disinfectant before boarding and after leaving the flight would seem to be simple and sensible measures which might help to address the new level of risk.’

Federal Agriculture Minister Murray Watt will visit Indonesia this month as Australia helps to contain the spread of FMD and lumpy skin disease.

It can be spread from animal to animal and by contaminated vehicles and equipment.

Livestock exhibiting symptoms should be reported to the national Emergency Animal Disease Watch Hotline on 1800 675 888. 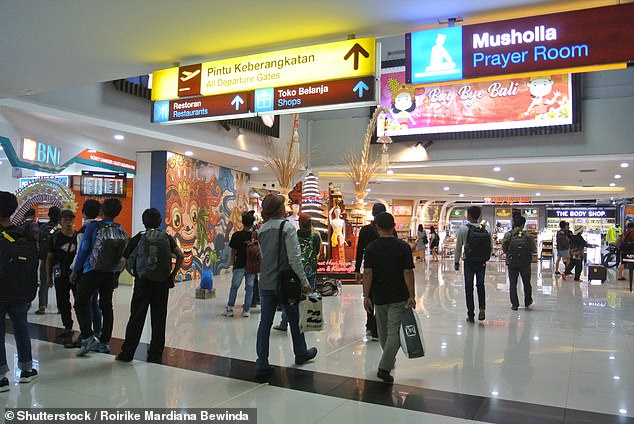 There is a strong possibility that the foot and mouth disease could be on its way to Australian shores within the next six months (pictured, Bali’s I Gusti Ngurah Rai International Airport)