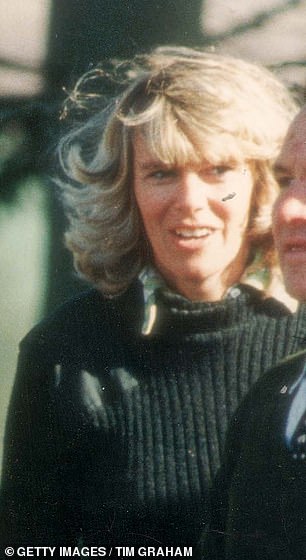 Most women have cycled through a string of hairstyles – some better than others.

But not so the Duchess of Cornwall, 74, who has worn her hair in almost the exact same style for her entire adult life.

Camilla’s signature icy blonde locks, soft fringe and feathered bob made its debut in the 1970s, when she was still in her 20s, and has remained almost untouched in the years since.

The approach is favoured by royals including the Queen and Princess Anne, who keep the focus on their work rather than their appearance. Both women have had the same hairstyle for many years.

Not only does it keep commentary on their looks to a minimum, but it also means members of the public are able to easily pick them out in a crowd. 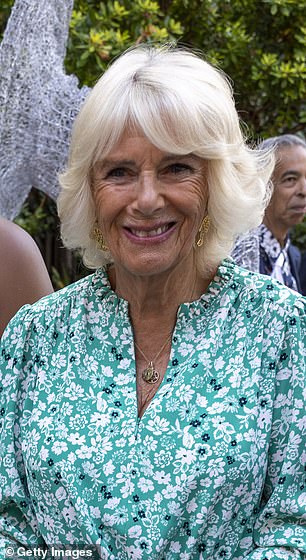 Camilla’s coiffure! The Duchess of Cornwall has had almost the exact same hairstyle for her entire adult life. Pictured: showcasing her feathered cut in 1979 (left) and in London this week

The royal’s unchanging bouffant was noted by viewers of documentary Camilla’s Country Life, which aired this week on ITV. Stephen Leng said it was an ‘impressive’ feat 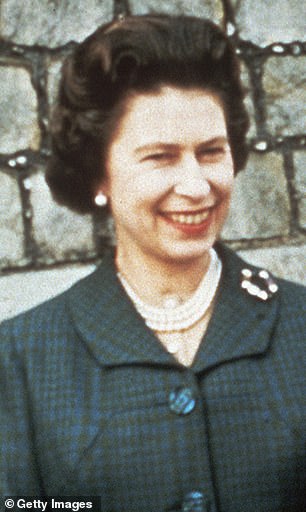 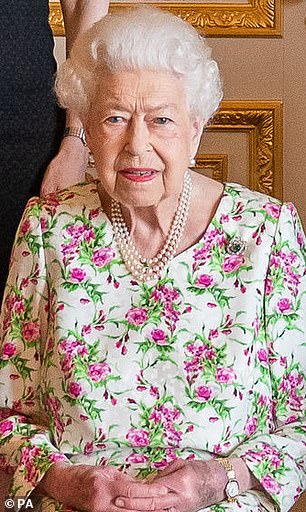 The approach is favoured by royals including the Queen and Princess Anne, who keep the focus on their work rather than their appearance. Both women have had the same hairstyle for many years. Pictured, the Queen in 1960 (left) and at Windsor Castle this week (right)

Camilla’s unchanging bouffant was noted by viewers of documentary Camilla’s Country Life, which aired this week on ITV.

The programme followed the Duchess as she guest-edited the magazine ahead of her 75th birthday this weekend, and offered a glimpse at her life away from the glare of the public eye.

One viewer tweeted: ‘Say what you like about Camilla but her commitment to one hairstyle for her entire adult life is impressive.’ 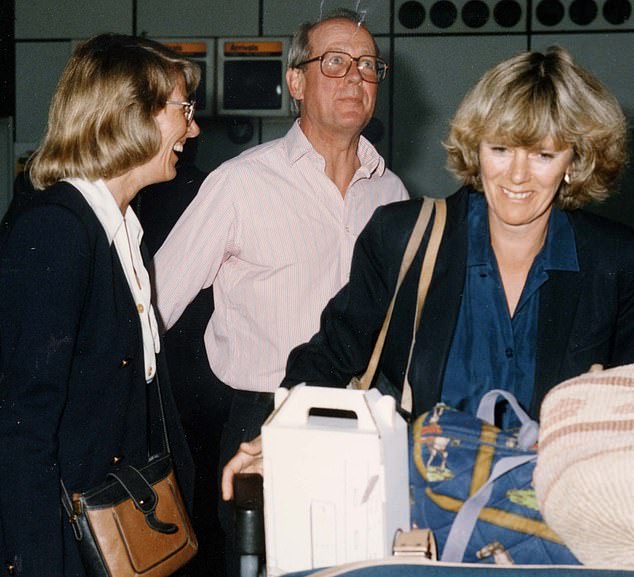 Golden girl: In the 1980s, Camilla’s hair had a more yellowy tone. Pictured, Camilla (right) and friend Amanda Ward (left) arrive at Heathrow following a holiday to Italy in 1982 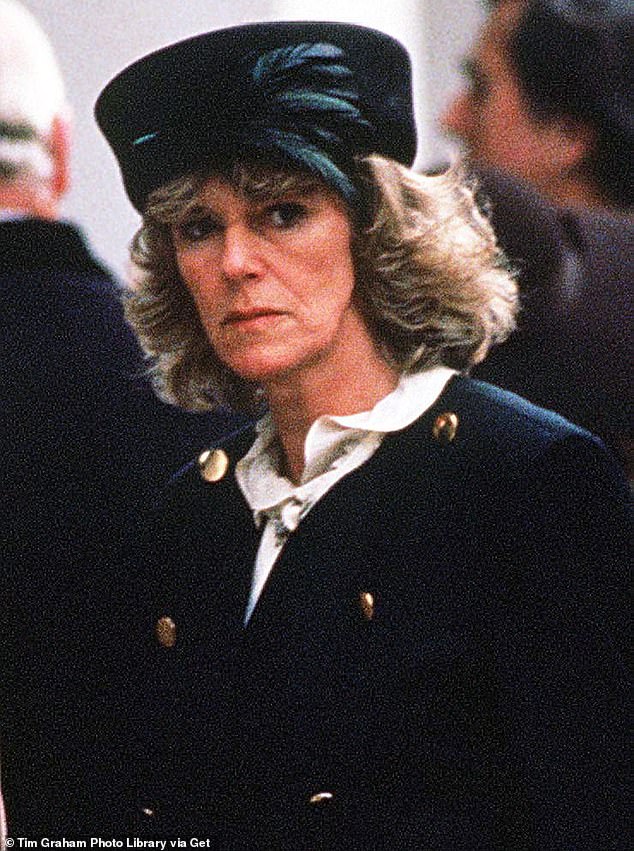 Feathered flick: Camilla’s voluminous locks were slightly longer than usual for an event in Hyde Park in 1989 (pictured). She wore her blonde locks tucked under a black hat 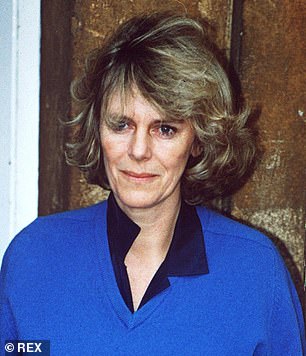 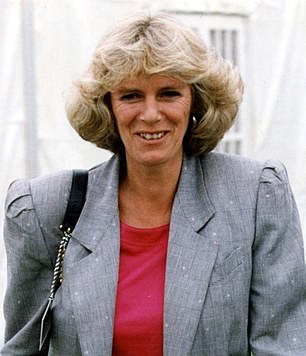 Outdated: Celebrity stylist noted that Camilla’s hair was in need of a revamp in the 90s and 2000s. Pictured: Camilla at home in Wiltshire in 1992 (left) and at the polo in 1993 (right)

Speaking to FEMAIL, celebrity stylist Tom Smith noted: ‘Camilla is a big fan of the 1970’s hair style and she has never swayed from it. However there have been subtle changes over the years to bring it up to date.’

Tom noted that when her hair became too curly and voluminous, Camilla moved to soften the shape. She’s also swapped the yellowy tone for a platinum blonde.

He continued: ‘In the 90’s and 00’s Camilla’s hair looked outdated but cleverly in recent times she has made minor tweaks which contribute to her new glamorous appearance. 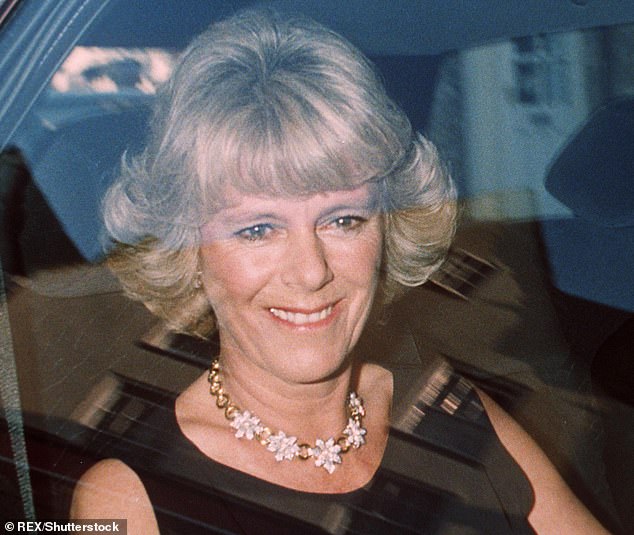 Framing her face: Camilla, pictured on her way to her 50th birthday at Highgrove House in June 1997, wears a soft fringe and her hair cut in a short bob 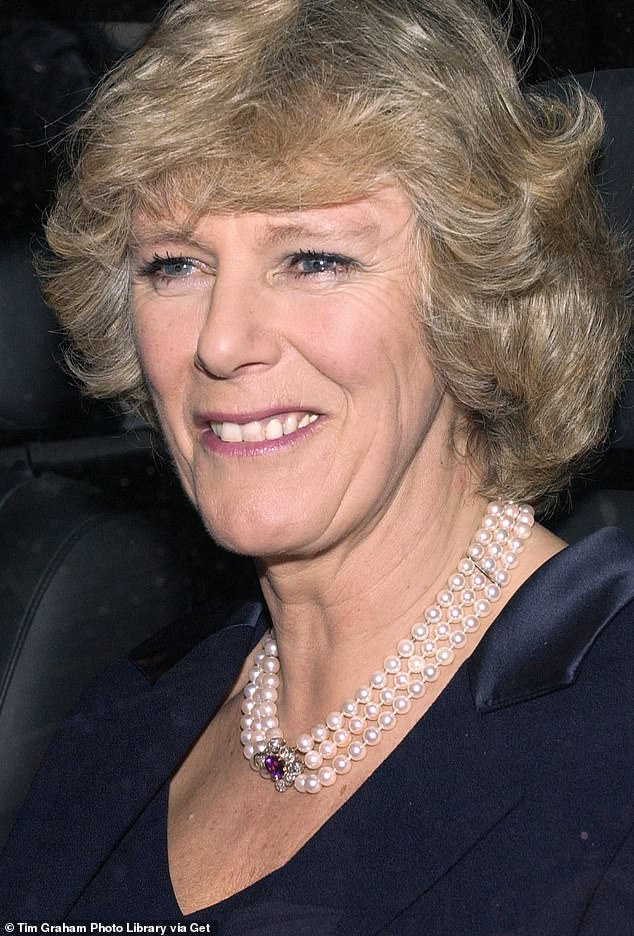 Ageing gracefully: Camilla beams on her way to an engagement with the National Osteoporosis Society in February 2022 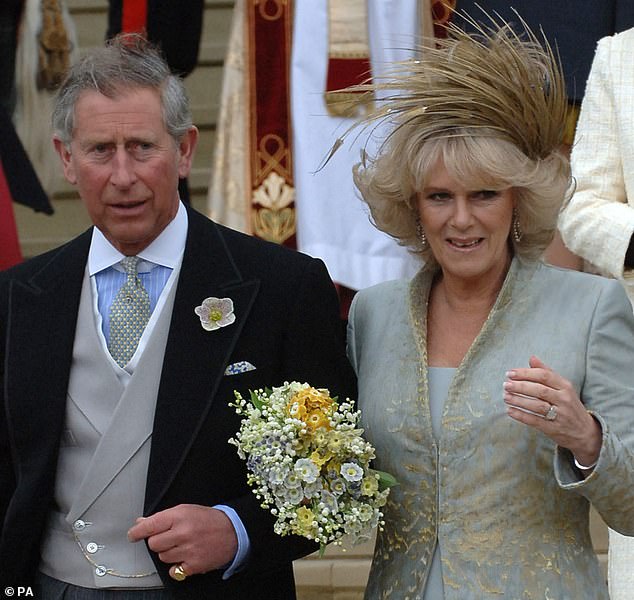 Wedding belle: The Duchess of Cornwall’s hair looked more feathery and full of volume than ever on her 2005 wedding day to Prince Charles. She topped the style with a feather hat

‘But fast forward to today, to bring her look up to date, she has adapted a soft feathered fringe with a shoulder-length bob and pearly toned platinum colour hair which oozes a luxurious and expensive feel.

‘She is embracing her grey which is wonderful to see. She always styles her hair in Farrah Fawcett style flicks which frame her face and it is a very flattering.’

Tom added that if he could get his hands on the Duchess’ locks he would work to make them even more modern. 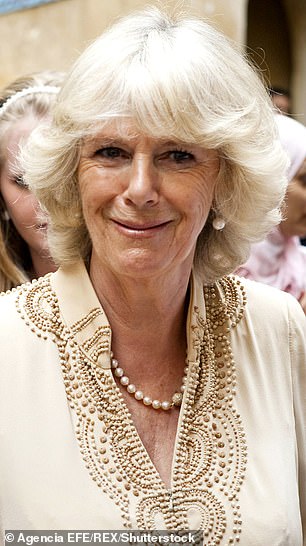 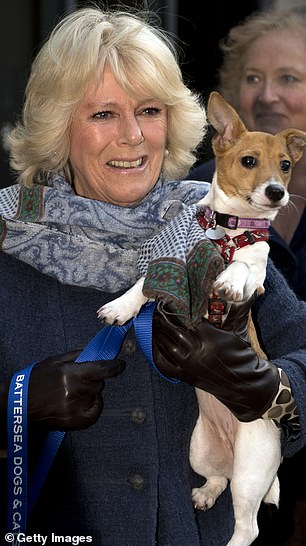 Platinum power! In recent years the Duchess has favoured an icy blonde tone. Pictured: in Morocco in 2011 (left) and on a visit to Battersea Dogs and Cats Home in 2012 (right) 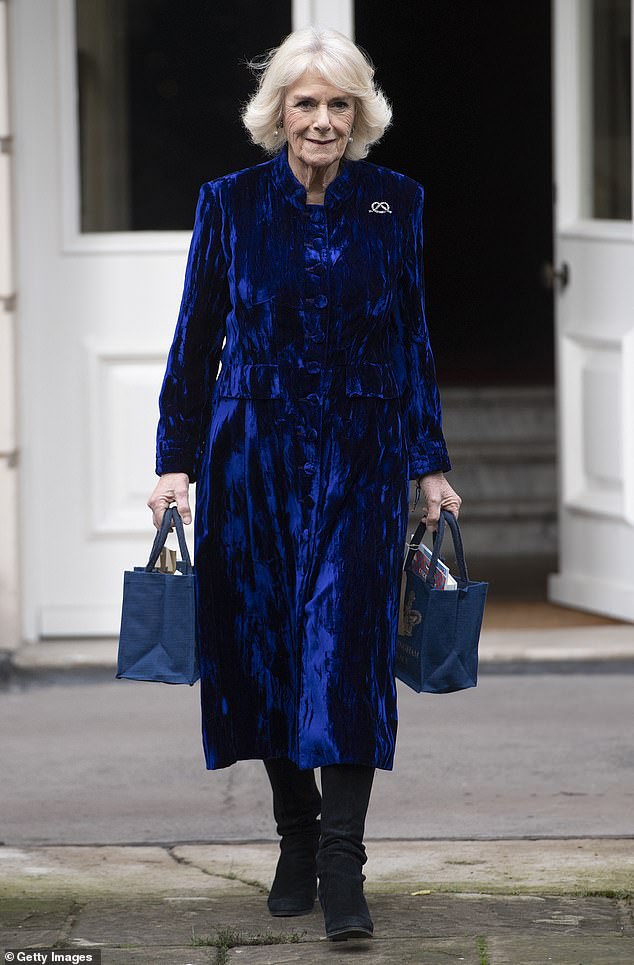 Sleeker style: Camilla has also cut away some of the intense volume for a slightly lighter look. Pictured, at Clarence House in December 2020

‘If I was given creative freedom with her hair I would keep the clean, creamy white/grey tones she has been wearing recently and focus on modernising her haircut,’ he explained.

‘I would change the shape of her layers to be a little more irregular and worn with a looser slightly more relaxed wave rather than the perfectly blowdried curls.

‘This would help the style appear more youthful and soft while retaining the polish required by royals.’ 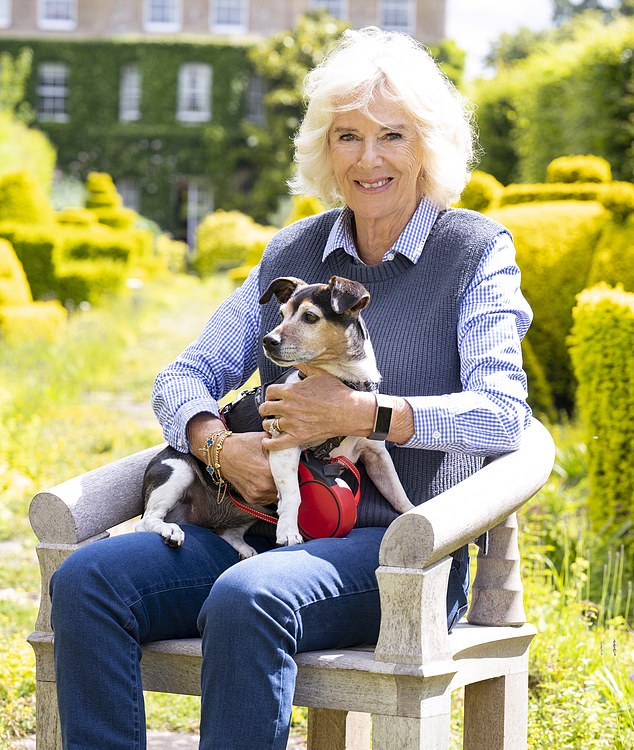 The Duchess of Cornwall’s unchanging hairstyle was noted by viewers of Camilla’s Country Life (pictured), which aired this week on ITV