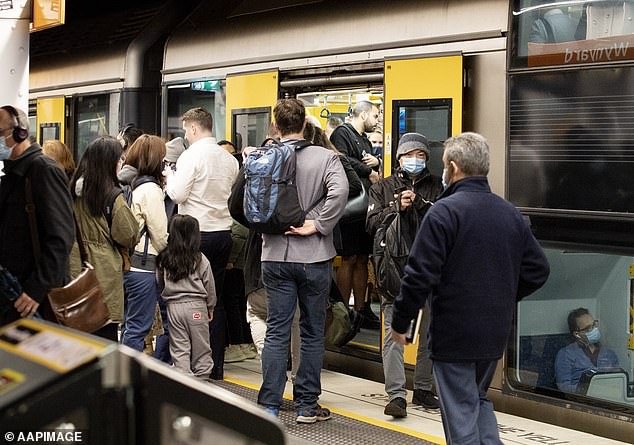 Commuters across New South Wales will be plunged into public transport chaos once again this week as train workers go to strike.

All train services will be cancelled from midnight on Wednesday to 4am on Thursday with the morning peak to be impacted by flow-on delays.

Residents have been encouraged to work from home on Thursday if they can or delay their commute by a few hours to avoid the disruptions.

Rain Tram and Bus Union (RTBU) boss Alex Claassens said the union hopes trains will be up and running by 8am to accommodate peak hour travel.

Commuters across New South Wales will once again be inconvenienced by public transport chaos as train workers go to strike this week (pictured, commuters in Sydney) 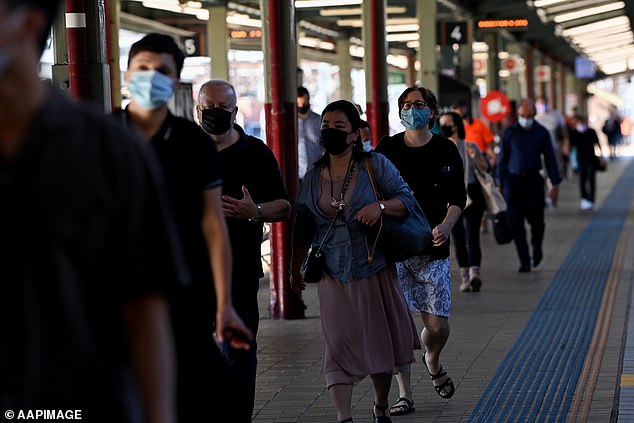 Commuters are expected to be impacted by delays during the peak morning commute on Thursday (pictured, commuters at Central Station after a strike in December, 2021)

‘Disappointingly, I’m out here facing you again today with the news that of course, we’ve got more industrial action happening on Thursday. So from midnight to 4am, all services in New South Wales rail will cease,’ he said.

The latest industrial action comes after weeks of disrupted services with the union and NSW government still at odds over the new intercity train fleet which was set to enter service in 2019.

The ongoing feud came to a head in February with a snap 24-hour shutdown of the train network with the union now warning of ‘escalated’ measures still to come.

Union members claim the new South Korean-built fleet isn’t safe and have asked the government to modify the trains at a cost of $264million.

They want the government to sign a deed that guarantees the fleet modifications will be made without any impacts to worker’s wages and conditions.

The rail union has also asked for a separate deed that captures a new pay deal – an annual rise of 3.5 per cent over three years. 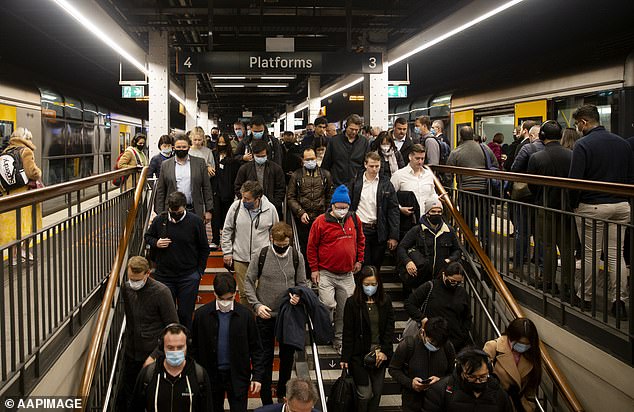 All train services will be cancelled from midnight on Wednesday to 4am on Thursday with services during the morning commute to be impacted (pictured, commuters in Sydney) 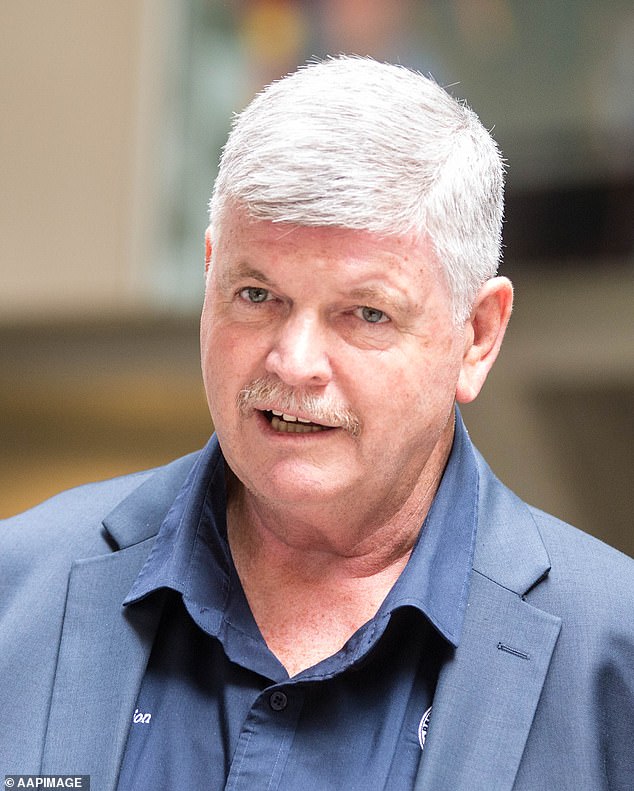 Rain Tram and Bus Union (RTBU) boss Alex Claassens (pictured) said the union hopes trains will be running by 7:30-8am to accommodate those travelling during peak hour

However, the state wants both matters outlined in the same enterprise agreement.

In a letter seen by the Sydney Morning Herald the ministers warn the disruptions create ‘risks to safety which, while being effectively managed by the rail agencies, will impact services and unduly burden … commuters’.

‘We won’t be bullied into accepting an inferior enterprise agreement in order to get safe trains on our network,’ he said.

‘Some NSW government ministers seem insistent on turning this into some sort of political game at the expense of commuters and workers.’

The latest disruption comes just two weeks after the Fair Work Commission dismissed the government’s bid to suspend industrial action for 10 weeks – with the state claiming protests were taking a major toll on the economy. 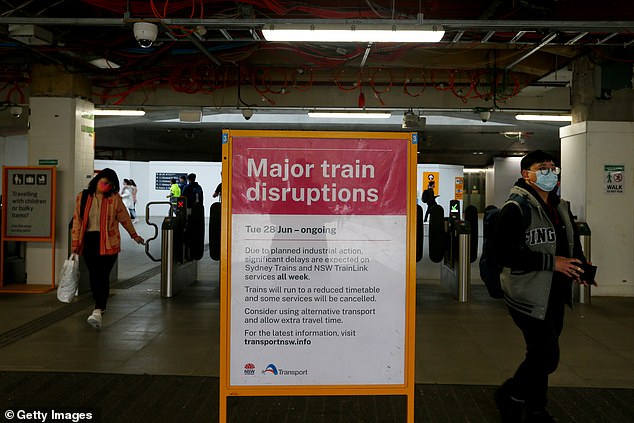 Residents have been encouraged to work from home on Thursday if they can or delay their commute by a few hours to avoid the disruptions (pictured, a sign in Sydney on June) 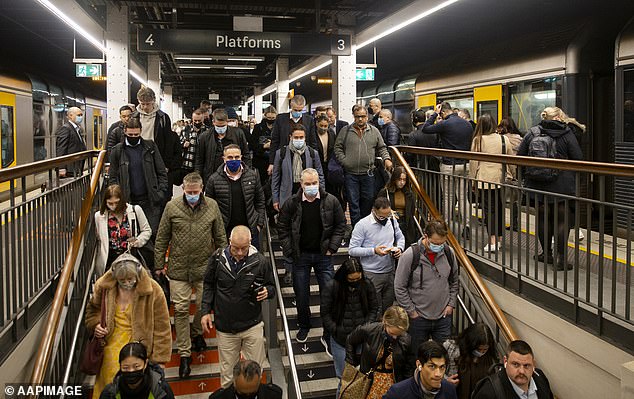 The latest industrial action comes after weeks of disrupted services with the union and NSW government still at odds over the new intercity train fleet (pictured, Sydney commuters)

The two parties have remained at loggerheads since that meeting despite subsequent talks with chief executives of Sydney Trains and NSW Trains.

Ministers have assured the union there will be ‘no trade off’ when agreeing upon the new pay deal and costly modifications to the new inner-city fleet.

‘Given the substantial cost of the RTBU’s demands regarding modifications to the [intercity fleet], there is no conceivable way these could be offset by reducing workers’ pay and the suggestion that this has occurred is baseless,’ Mr Tudehope and Ms Ward wrote in their letter on Monday night.

The government has estimated the fleet – which is currently gathering dust on the NSW Central Coast – are costing taxpayers $30million a month to store.

The state has tried to mollify workers a one-off payment of $3185 and a 3 per cent wage rise in the first year, followed by 3.5 per cent and 2.5 per cent.