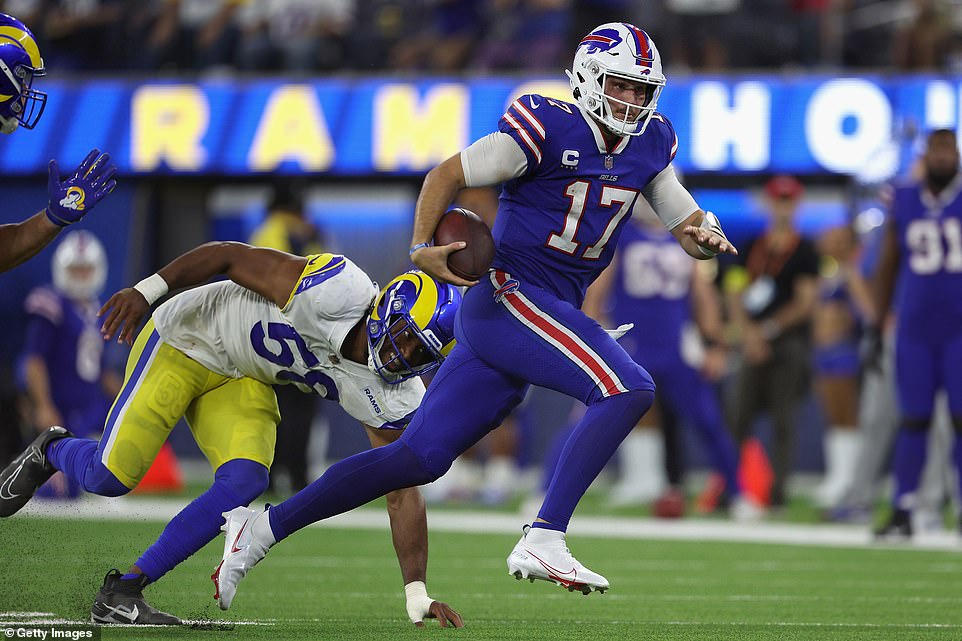 Bills 31-10 Rams: Super Bowl favorite Buffalo lights up Los Angeles as red-hot Josh Allen throws for three touchdowns and rushes for another to dominate the reigning champion at SoFi

By Jake Nisse For Dailymail.Com

The Bills opened their NFL season with a 31-10 beatdown of the Rams, as Josh Allen passed for 297 yards and three touchdowns, with another 56 yards and a touchdown on the ground.

Buffalo raced out to a 7-0 lead on the first drive of the game via a Gabe Davis touchdown and never really looked back, outgaining their hosts 413 to 243 on the night.

The Rams managed to go into halftime tied at 10-10, as Matthew Stafford and Cooper Kupp connected for a four-yard touchdown and Matt Gay hit a 57-yard field goal.

It was a dominant performance by Josh Allen and the Bills, as the quarterback totaled four touchdowns in the 2022 opener 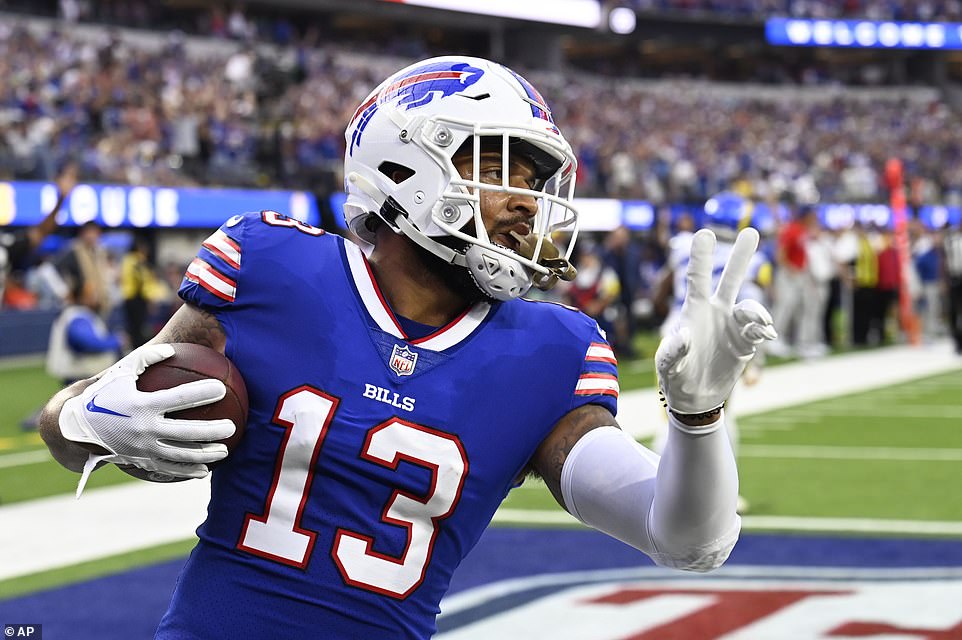 But that’s about as good as LA would look.

The second half was a more apt representation of the team’s performances on the night, as Buffalo scored three unanswered touchdowns to quiet the LA crowd and earn their first win of the season.

The Rams offense, aside from a typically stellar Cooper Kupp game, looked out of sorts for most of the contest. 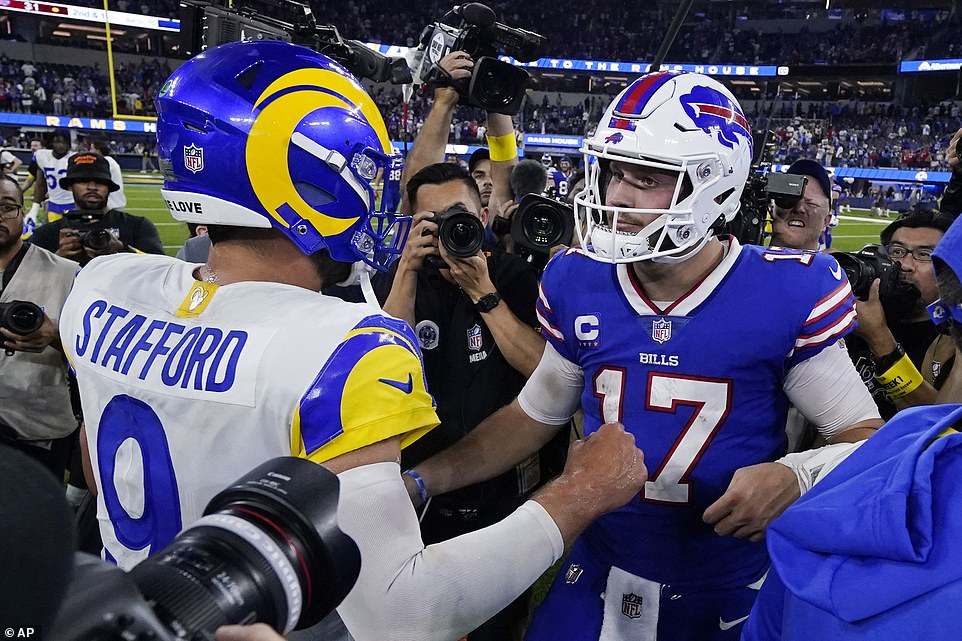 Matthew Stafford was overshadowed by the younger Allen Thursday night, as the Bills produced a statement win 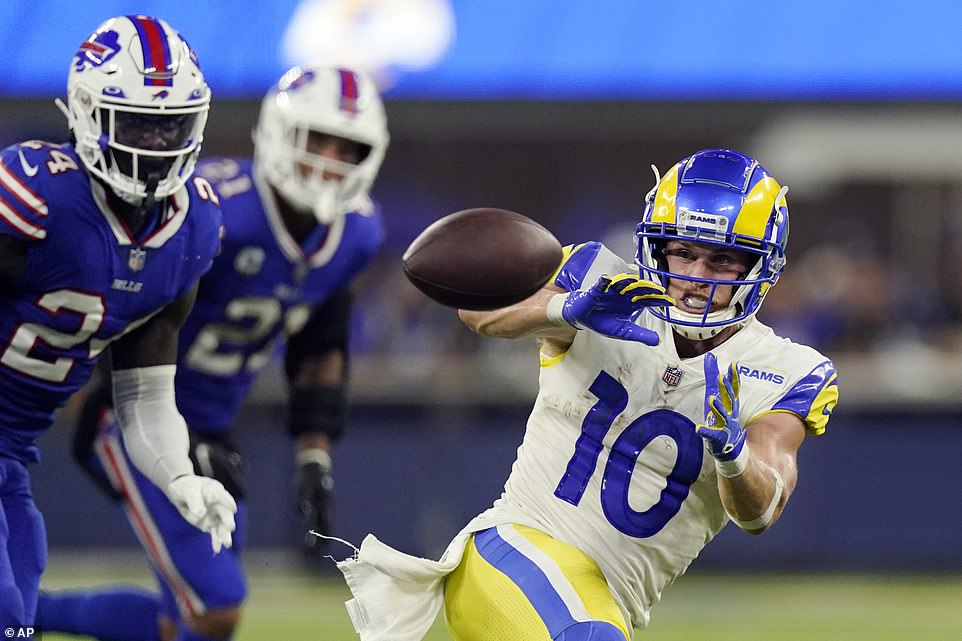 Cooper Kupp was perhaps the lone bright spot for the Rams, compiling 128 receiving yards and a touchdown in the loss 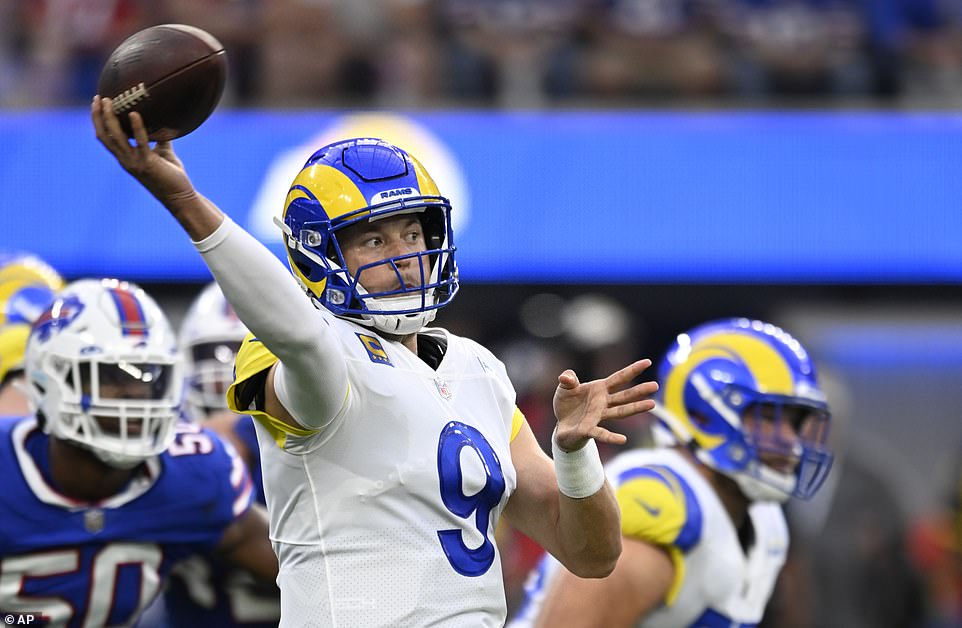 Matthew Stafford did not look his best throughout the game, and concerns of his elbow problem continue to linger

Matthew Stafford threw three picks to just one touchdown, and the team failed to get much going on the ground until the game was out of reach.

Darrell Henderson gained just 47 yards on 13 carries behind a struggling LA offensive line, and Cam Akers was curiously absent with just three carries on the night.

Projected as the starter, Akers may still be recovering from a soft tissue that caused him to miss most of camp, and he also suffered an Achilles injury in the summer of 2021. 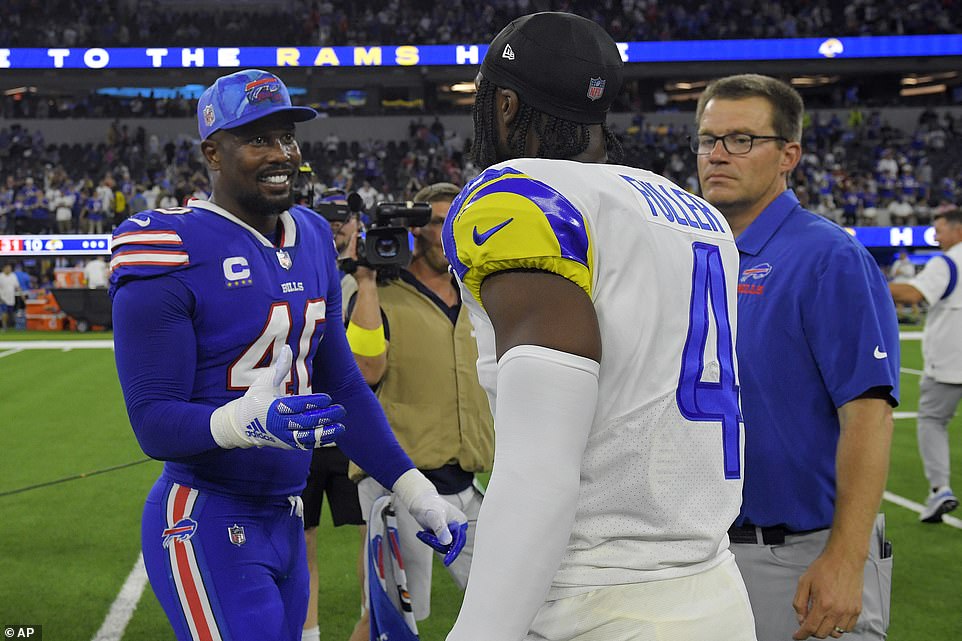 Against the team he won a Super Bowl with last year, Von Miller wreaked havoc, totaling two sacks in his Buffalo debut 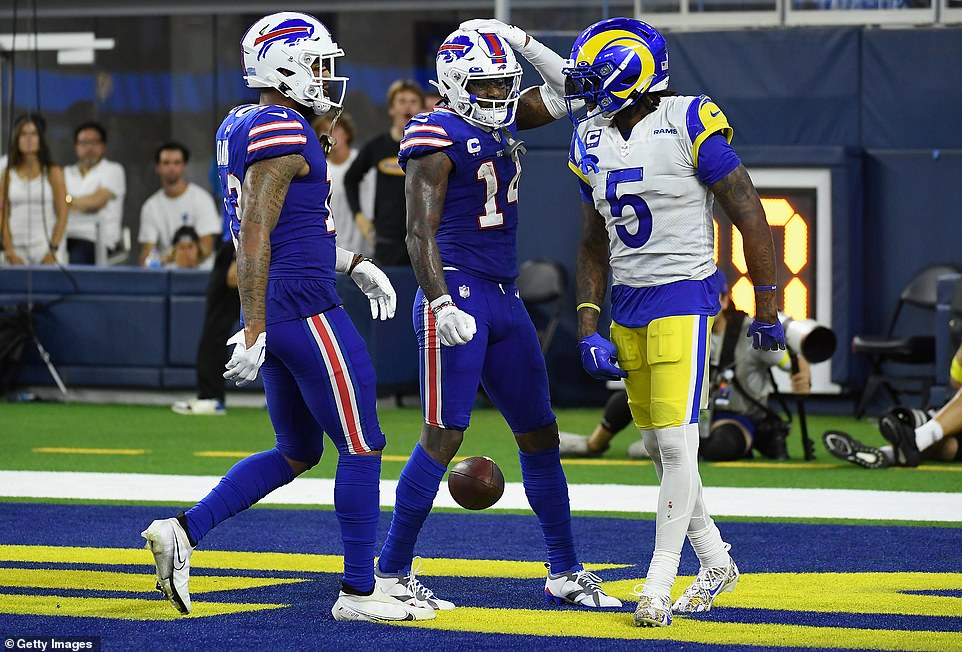 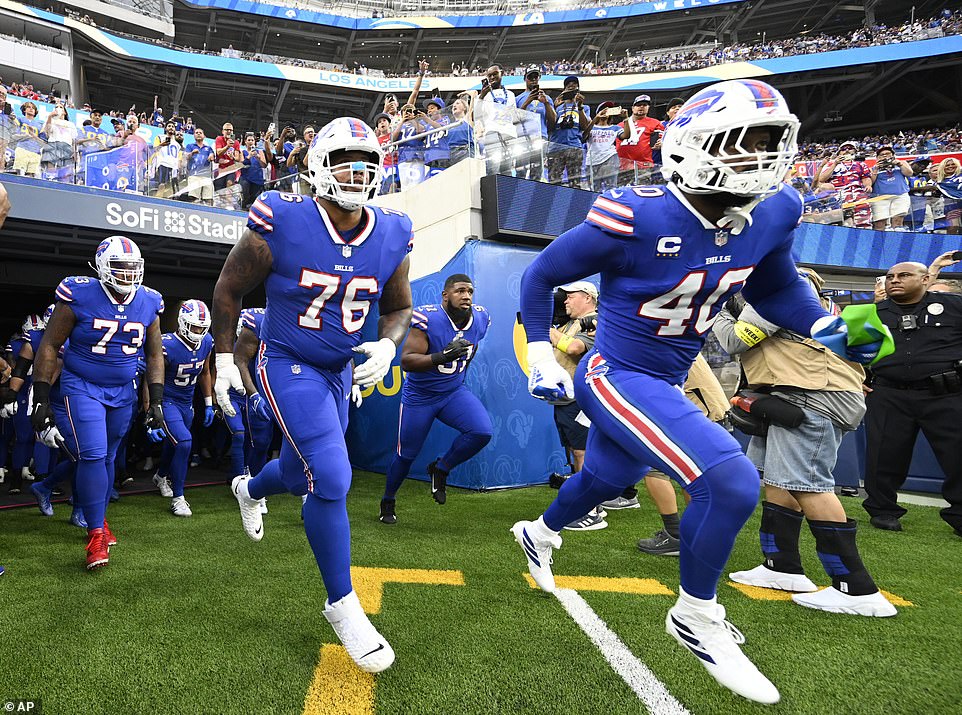 As for LA’s visitors, Davis and Stefon Diggs both put in strong performances, with the latter catching a 53-yard touchdown of his own to follow up Davis’ opener.

Both teams will have more than a week off before their next games, with the Bills hosting the Titans and the Rams welcoming the Falcons.

Scroll down to recap how it all unfolded Thursday night…