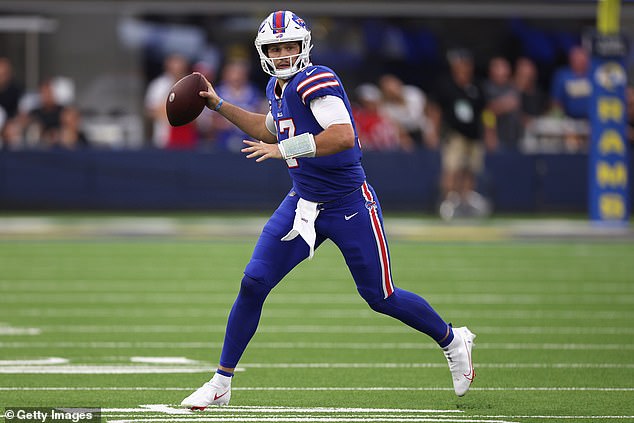 ‘I love what I saw in Buffalo and it starts with Josh Allen’: Rodney Harrison heaps praise on Bills’ Super Bowl chances on opening night of the season… as Tony Dungy insists Rams CAN repeat with Sean McVay in charge

By Tyrell Feaster For Dailymail.Com

NBC analysts’ Rodney Harrison and Tony Dungy did not hesitate to heap praise on both teams ahead of a sensational opening night of NFL action between the Los Angeles Rams and the Buffalo Bills.

Harrison was effusive in his praise of Josh Allen after what he saw during his visit to Bills training camp, saying he ‘loved’ what he saw from the fifth-year QB.

Tony Dungy was also was in a positive mood, as he led the charge saying he believes the Rams can repeat as champions – all thanks to coach Sean McVay. 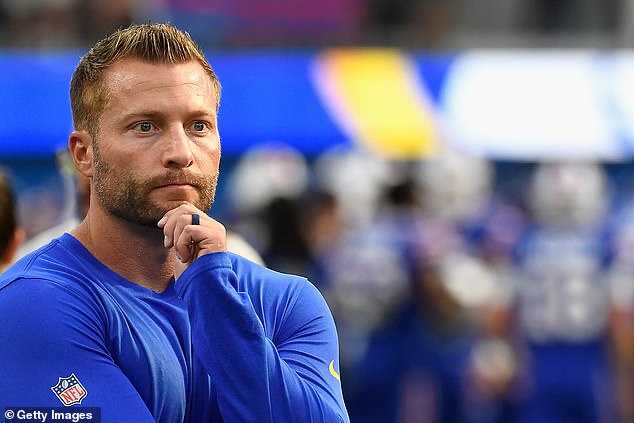 ‘I love what I saw in Buffalo and it starts with Josh Allen. I love the confidence that he exuded, the control of the offense on the field, and also the accuracy when he was out there,’ Harrison said.

‘Now you take running back James Cook, you add Von Miller to that defensive side, they’re going to be very dangerous. And I see why they’re the favorites in the AFC East.’

Last season Allen lead the Bills to the AFC Divisional round of the playoffs, before suffering an overtime lose to the Kansas City Chiefs. The fashion the Bills lost in, in fact, caused the NFL to alter the overtime rules in the postseason so that both offenses now have a chance to touch the ball.

Even with the loss of offensive coordinator Brian Daboll, who is now the New York Giants head coach, Buffalo is still considered by many to be amongst the favorites to win this year’s Super Bowl. 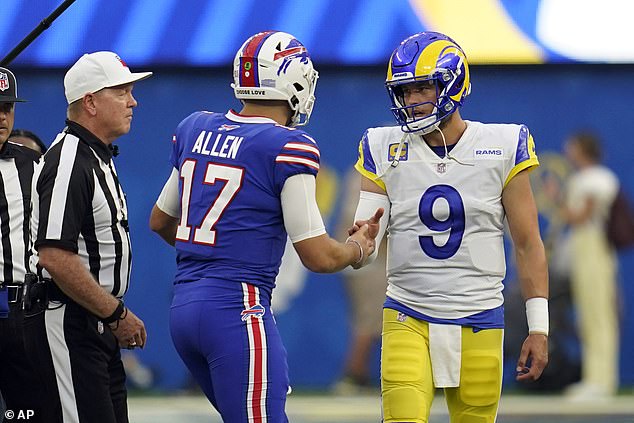 The defending champion Rams are also amongst the Super Bowl favorites and Dungy didn’t hesitate to say they could very well be back in the big game this year.

‘They’ve got a couple things in their favor and it starts with their coaching staff. To me, Sean McVay is one of the most driven people I’ve been around. 2018 they went to the Super Bowl with Jared Goff, he said that’s not good enough, I’ve got to go out and get Matthew Stafford,’ Dungy said. 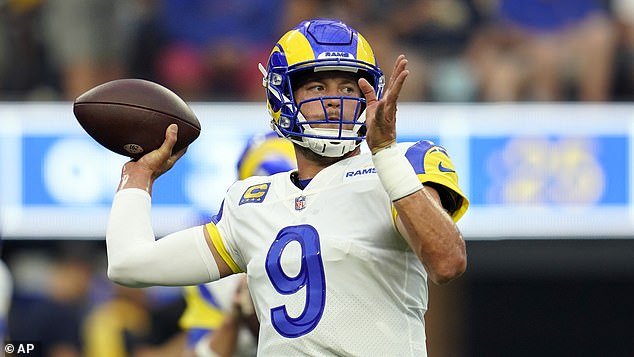 Harrison, as well as host Maria Taylor, also seemed to agree that the Rams could very well find themselves competing for another Lombardi Trophy.

‘I know they lost Von Miller but I still think this defense is going to be excellent. You look at defensive coordinator Raheem Morris, he’s done a wonderful job replacing Brandon Staley,’ Harrison added in.

‘You look at the continuity they have on that defensive line, they still have Aaron Donald, who’s the best player on the planet, you have Bobby Wagner who’s a tackling machine from sideline-to-sideline, this defense is still going to be for real.’

Taylor would go on to add more on the Rams’ offense, stating: ‘Can I also add in that Matthew Stafford said this offseason that if you looked at what he knew and understood about this team and offense a year ago at this point, it’s so small comparison to what he knows know. So he was playing from behind a year ago, now he’s playing ahead.’ 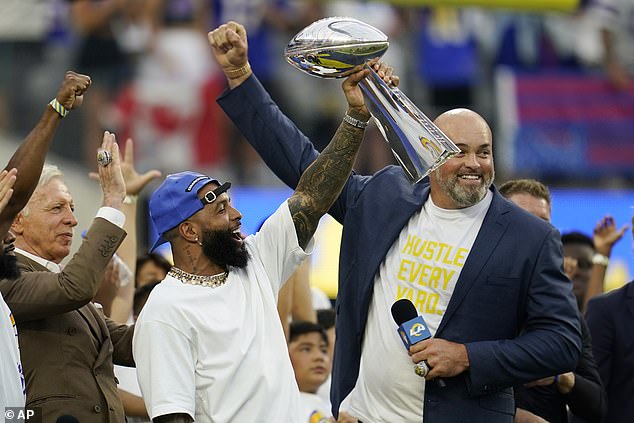