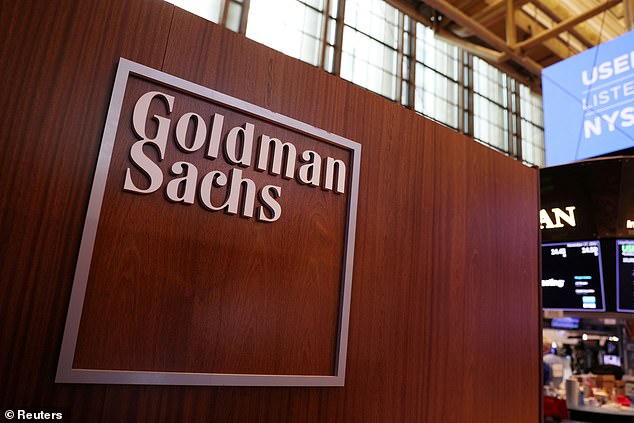 Goldman Sachs will cut jobs as early as this month after pausing the annual cull for two years during the pandemic.

The Wall Street giant typically trims about 1 per cent to 5 per cent of its staff each year, and the 2022 cuts will likely be in the lower end of that range, according to Reuters. The staff reductions may begin as early as next week.

Goldman Sachs typically trims about 1% to 5% of its staff each year, and the 2022 cuts are expected to be in the lower end of that range

A 1 per cent cut to staffing would imply a reduction of about 500 bankers. The investment bank declined to comment.

In July, Goldman Sachs warned that it might slow hiring as well as cut expenses as the economic outlook worsens.

It reported a 48 per cent slump in quarterly profit, which beat forecasts due to gains in fixed-income and commodities trading.

‘Banks will likely continue to be under pressure to cut costs where they can and layoffs and slowdowns in hiring are quite possible,’ said Ryan Detrick, chief market strategist at advisers Carson Group.