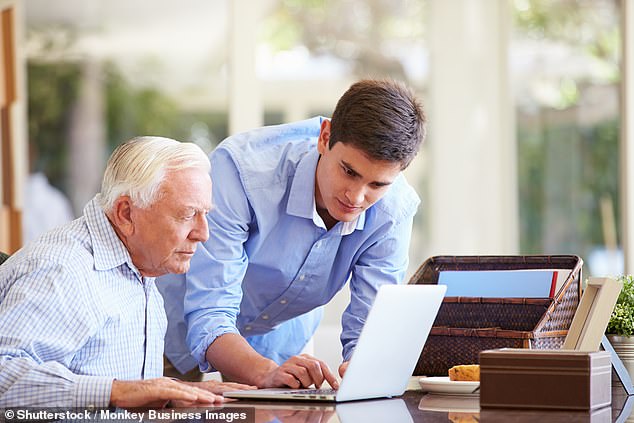 By Ed Magnus For Thisismoney.co.uk

Record numbers of older people are still in work as the cost of living crisis continues to bite, official data shows.

Between April and June this year, the number of people aged 65 years or over in employment rose by a record 173,000, according to ONS figures.

The total number of over 65s in work now stands at 1.47 million – the highest level ever recorded.

Still working: The trend among over 65s has been largely driven by a surge in part-time work, according to the ONS report

It comes at a time when many Britons are struggling to cope with rising living costs, with UK inflation reaching a 40-year high in the summer.

The Consumer Prices Index (CPI) rose by 9.4 per cent in the 12 months to June 2022. Inflation has since risen further and is expected to peak around 13 per cent over the coming months.

The increase in over-65s still in employment has been largely driven by a surge in part-time work, according to the ONS report.

Part-time employees over the age of 65 rose by 85,000 between April and June, according to the ONS, whilst the part-time self-employed rose by 76,000.

Many of those still working were therefore doing so for relatively few hours.

The industries where informal employment is more common, such as hospitality, arts, and entertainment, saw the biggest rise in workers aged over 65. 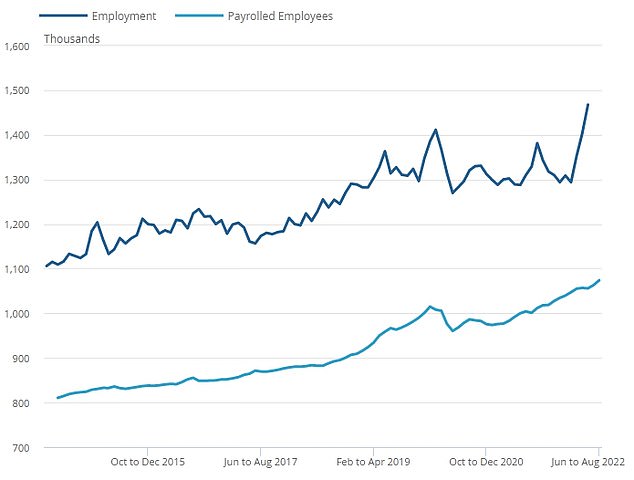 Working for longer: Between April and June, the number of people aged 65 years and over in employment increased by a record 173,000 on the quarter to 1.47million 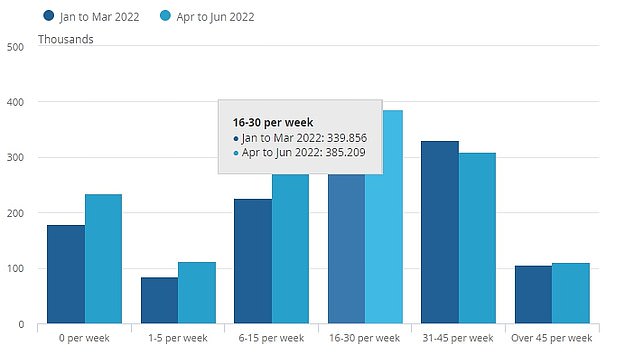 Part-time: The surge in the number of people aged 65 years and over in employment was largely driven by those working 30 hours and under per week

Becky O’Connor, head of pensions and savings at the wealth management platform interactive investor, said: ‘The record rise in employment among over 65s shows that reality is biting for people who might prefer to be retired, but can’t afford to give up work.

‘During the pandemic, when savings were high and people were forced to stay at home, we saw many people bring forward decisions to give up work, because retiring early felt achievable.

‘But now that inflation is rampant and stock market returns are volatile, the tables have turned, the retirement numbers don’t quite add up and older people are taking a practical approach and returning to work in their droves.

‘This might feel like the end of retirement dreams, but hopefully, for those that do still want to stop work altogether one day, it’s a temporary halt to plans, while times are tough.’