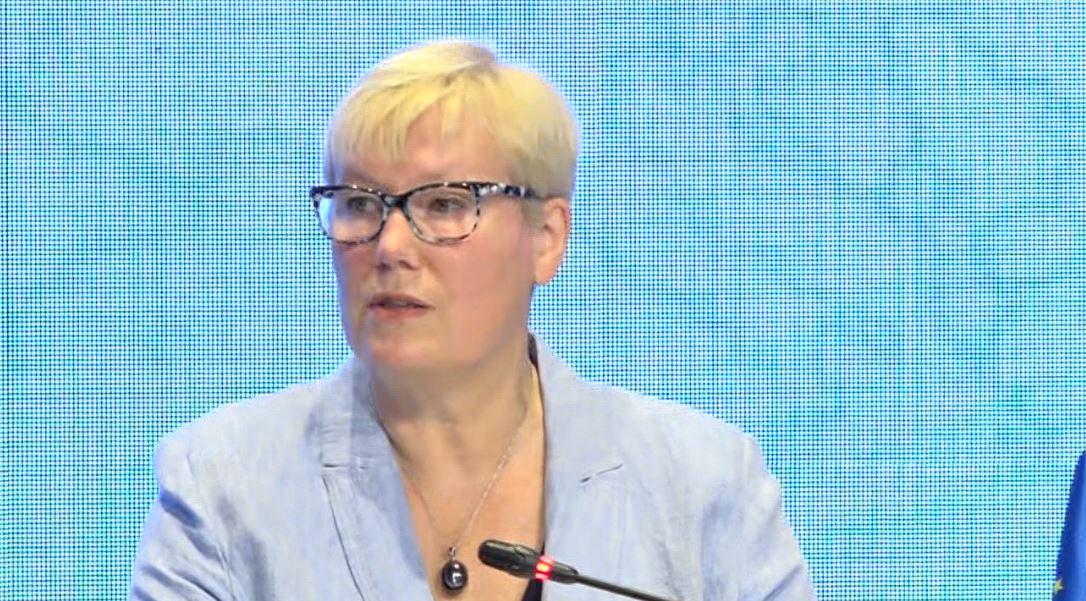 The EU ambassador in Tirana, Christiane Hohmann, stated during a conference that the opening of integration talks makes cooperation between Albania and the European Union even more important and strategic. According to her, our country has just started a marathon, adding that this requires resistance, skills and very strong coordination between institutions.

“Today, as we speak, we have the explanatory meeting for chapter 24 on justice, freedom and security. It is organized and happening in Brussels. Of course, some of your colleagues are not here, but are in Brussels for this meeting, but the start of membership talks is a very big achievement for Albania and for the EU and is the result of a lot of work and a determination in continuation from Albania and all of you. Albania has just started a marathon. A marathon which will require resistance, skills and a very strong coordination between institutions”. said Hohmann.

According to her, progress in the field of the rule of law will determine the general pace of the talks.

“Albania will have to show a strong political leadership to advance in the field of law and of course the institutions of justice and law enforcement bodies must also have a very key role to play. In addition to the explanatory meetings, a very important part for the Albanian authorities will be to present to us a guide for the rule of law, and in it they will elaborate on all the objectives and things they want to achieve“, said the ambassador.

According to her, it will be seen how the reform in justice will be consolidated; the history of investigations, prosecutions and convictions in the fight against corruption and crime will be closely monitored; more results will be expected in the field of the fight against money laundering; further commitment will be needed for the fight against the production of cannabis, firearms and human beings, as well as cooperation with law enforcement agencies with member countries will be looked at.

“Our close cooperation in the field of justice must be more complete and stronger so that we can be stronger“, she said.

The ambassador announced that on November 3 and 4, Tirana will host the ministerial meeting between the EU and the Western Balkans on justice and internal issues, where European commissioners will also be present.

The ambassador also said that the EU supports Albania in terms of cyber attacks.

“The EU is supporting Albania to be as resistant as possible against these attacks, and together with the specialized agencies of the member states, we help and help Albania in a systemic way”. she expressed.

The ambassador made the statements during a meeting where the role of the EU in the implementation of the law in Albania was discussed. The “EU4LEA” project, the European Union for Law Enforcement in Albania, was also presented.

“This project will start on the basis of the great work that has been done during the last two decades of a close and growing cooperation between the EU and the law enforcement bodies of Albania. The launch of this activity takes place today in a completely new context”. said Hohmann.

EU4LEA is an EU-funded project that contributes to strengthening the rule of law in Albania. Albanian law enforcement agencies, – especially the Albanian State Police, the Ministry of Internal Affairs, the Special Anticorruption Structure SPAK, the General Prosecutor’s Office, including district prosecutors’ offices – will be assisted to bring their performance closer to the best EU standards .