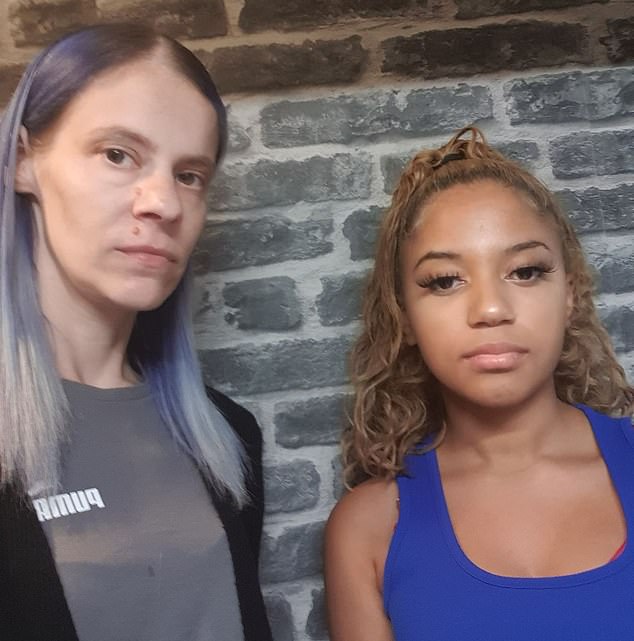 By Eleanor Dye For Mailonline

A mother has said her daughter was left devastated after teachers cut her false eyelashes with scissors for wearing them to class.

Rhenne, 15, was wearing her lashes when they were cut by teachers at Harris Academy secondary school in Beckenham, south east London.

Her mother Martina Cantor said it severely damaged her daughter’s confidence as she was laughed at by her friends.

The lashes had a big chunk cut out of the middle and were different lengths, leaving Rhenne very embarrassed.

Martina said Rhenne has naturally ‘minimal’ lashes so relies on the false ones. She said the false lashes were subtle and not that much longer than her natural ones.

Rhenne, 15, had her lashes confiscated and butchered by teachers at Harris Academy secondary school in from Beckenham, south east London (pictured with her mother Martina)

Martina, 37, said: ‘They didn’t notify me they were unhappy, or ask Rhenne to get them out when she got home – they just butchered them and did a total bodge job leaving them all completely different lengths.

‘It was too close to her eyelid on one. The middle had a big chunk taken out.’

She said other girls had worn fake lashes to school and hadn’t been punished.

The mother-of-three went to the principal, the safeguarding team and the hub teacher and was told they were investigating what had happened.

The safeguarding leader said it was unacceptable and apologised. An internal disciplinary procedure investigation has begun. 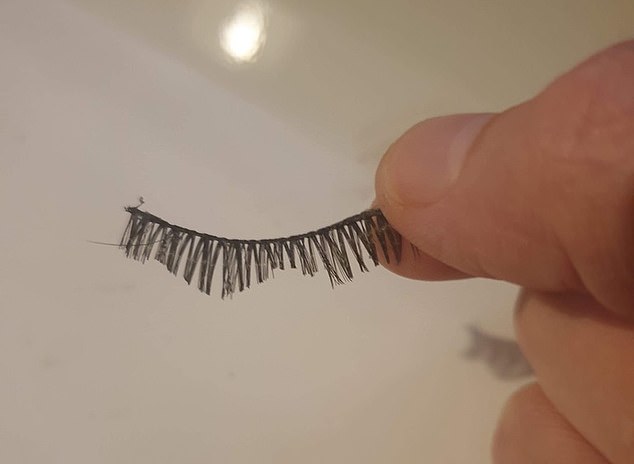 Martina said Rhenne has naturally ‘minimal’ lashes so relies on the false ones. She said the false lashes were subtle and not that much longer than her natural ones

Martina added: ‘Rhenne is at an age where she’s trying to find herself, and she and her friends experiment with them – it’s a new trend. Other girls have worn them to school, but nothing’s happened.

‘But when she got to school her pastoral leader – who’s meant to also be the one who looks after mental health – took her off to the hub teacher.

‘Afterwards, one of her friends said ‘What’s happened to your lashes?’ She got laughed at by her friends and was embarrassed. It’s now affected her confidence. 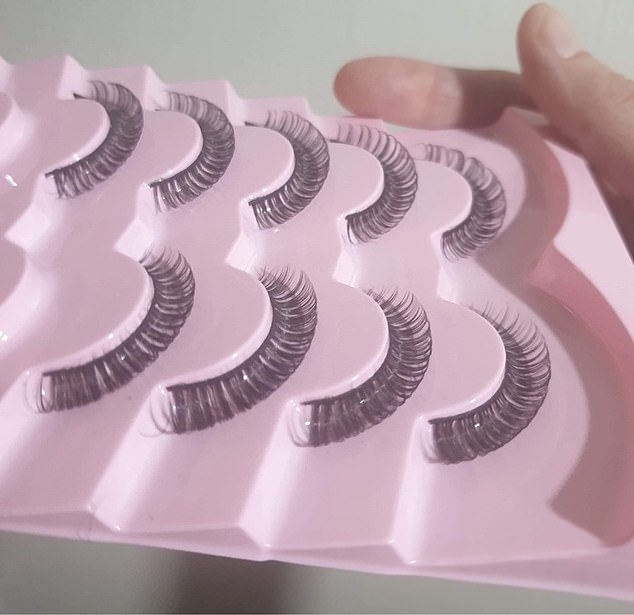 ‘I wasn’t aware of any specific policy that you can’t wear false eyelashes from what I have read about rules.’

She said that the false eyelashes were glued on and so couldn’t easily be taken off, but that the teachers could have asked Rhenne to remove them with make-up oil or baby oil.

A spokesperson for Harris Academy Beckenham said: ‘Our uniform policy states that students are not allowed to wear make-up or false eyelashes.

‘This approach, which is common to most schools, protects children from unnecessary peer pressure. To be effective, the rule must be applied consistently.

‘In this instance, although the staff member involved had the best of intentions in agreeing to help the student remove a set of false eyelashes, we have apologised to the family involved.’

A Bromley Council spokesperson said: ‘We have been made aware of an allegation from a parent to a Bromley school and we are currently looking into this. It would not be appropriate to comment further at this point.’