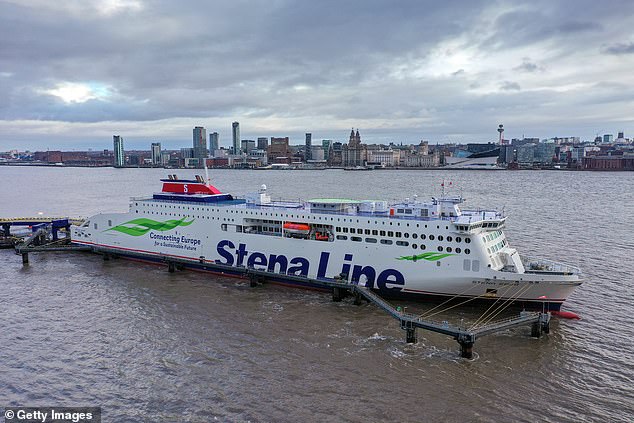 By Jonathan Kanengoni For Mailonline

A major search and rescue operation is underway in Northern Ireland over reports a person fell overboard from a Stena Line ferry last night. 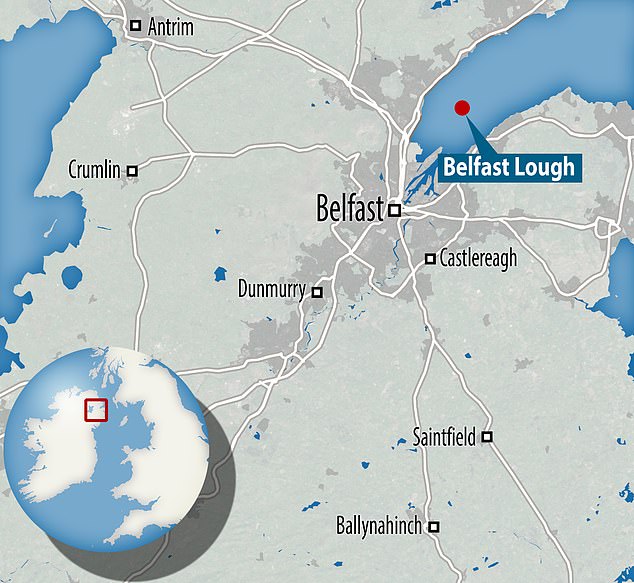 The major search in the Lough area of Belfast, Northern Ireland has been ongoing since Saturday evening

The operation comes after unconfirmed reports that a person has fallen overboard from a Stena Line ferry.

The incident is believed to have occurred on the 9.30pm Stena Line Super Fast 8 service – on its way from Cairnryan to Belfast.

Police have asked for the public to avoid the area while the rescue operation continues.

A police spokesperson said: ‘Police and other emergency services are currently involved in an ongoing search of the Belfast Lough area. There are no further details at this time and we are asking members of the public to avoid the area.’

Lagan Search & Rescue team confirmed last night around 10.30pm that it was on a callout in the area.

A Rescue 199 helicopter was also tasked to help emergency services with the search.

As of Sunday afternoon, the Police Service of Northern Ireland (PSNI) confirmed the rescue operation was still ongoing.

A spokesperson for the PSNI said: ‘Police and other emergency services are involved in an ongoing search of Belfast Lough following reports that a man entered the water last night, Saturday, 29th October.’

Maritime and Coastguard Agency (MCGA) issued an update this afternoon on the ongoing rescue effort.

A spokesperson for the MCGA said: ‘Last night (29 October) HM Coastguard sent two RNLI lifeboats from Bangor, pilot launches from the harbour, the coastguard helicopter based at Prestwick and Bangor Coastguard Rescue Team in the search which also involves the ferry’s own fast rescue craft.

‘They carried out an extensive search which was suspended in the early hours of the morning.

‘The search has resumed this morning (30 October), following new information, relating to a report of a man overboard from a ferry on route to Belfast harbour.

‘Bangor, Larne and Port Muck coastguard rescue teams along with Donaghadee and Larne RNLI lifeboats and Lowland Search and Rescue teams are continuing the search which resumed just before 8am.’

This is a breaking news story and will continue to be updated.