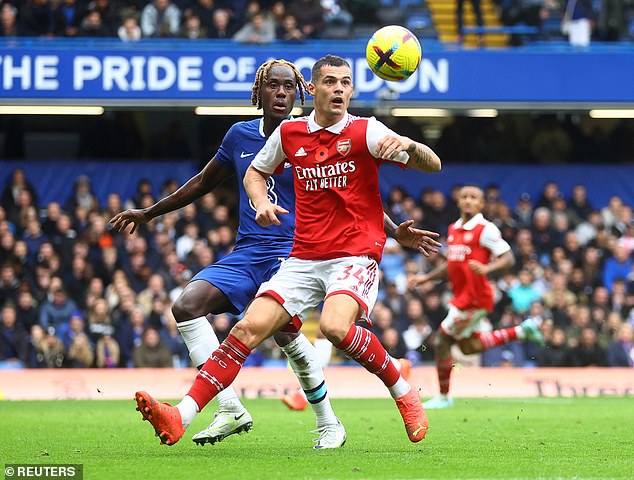 ‘You see the atmosphere, it’s f***ing unbelievable!’: Pumped-up Granit Xhaka swears live on BT Sport to leave Des Kelly apologising after Arsenal returned to the top of the table with derby win over Chelsea

By Abdi Rashid For Mailonline

Mikel Arteta‘s side returned to the summit of the Premier League after beating Chelsea 1-0 at Stamford Bridge.

Asked about the atmosphere in the away end shortly after the full-time whistle, Xhaka told BT Sport: ‘You the see Atmosphere, it’s fu****g unbelievable’.

“From the start until the end I think we deserved to win today.”

“We were the much much better team today.”

Des Kelly then issued an apology to the viewers for the language used by Xhaka before resuming the interview.

‘You can see the atmosphere is unbelievable, I mean from the start until the end I think we deserved to win today, we were the much much much better team today,’ the Switzerland international said.

‘We are so happy that everything is going well at the moment. We are keeping everything the coach is telling us.

‘Listen, after the season nobody ask you how you win in November or December or January. We are trying to get a lot of points as possible and after let’s see where we head. 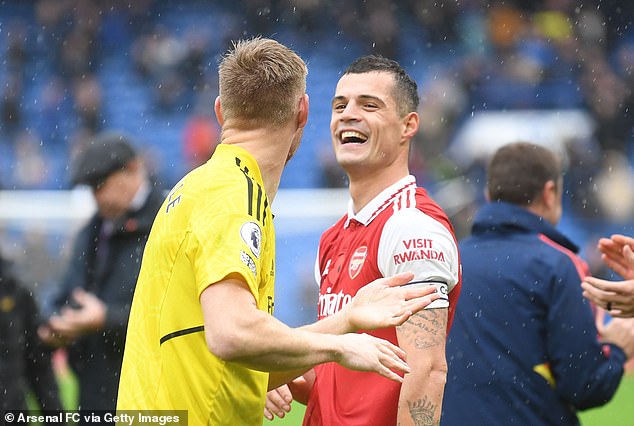 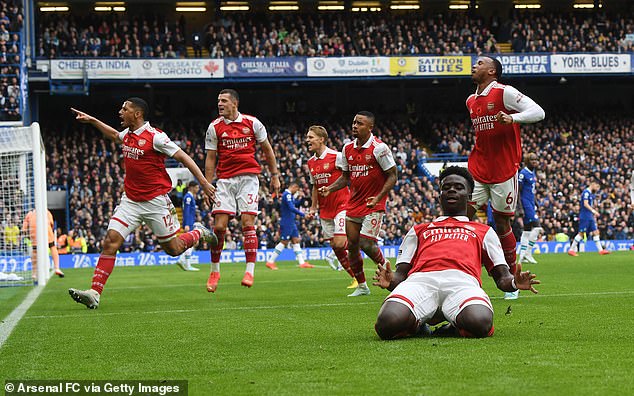 ‘The derby, these two teams have big history even if they play against each other  this is football, sometimes you need stuff like that.’

On Manchester City’s late winner against Fulham, Xhaka added: ‘Lucky for them but if you play over 60 minutes with one less (player) you deserve to win.’

Gabriel tapped the ball home from close-range after Bukayo Saka’s corner bypassed a number of Chelsea players 63 minutes in.

Arteta’s side are once again two points ahead of City after the derby win. They will return to action against Brighton in the Carabao Cup in midweek before taking on Wolves next weekend.