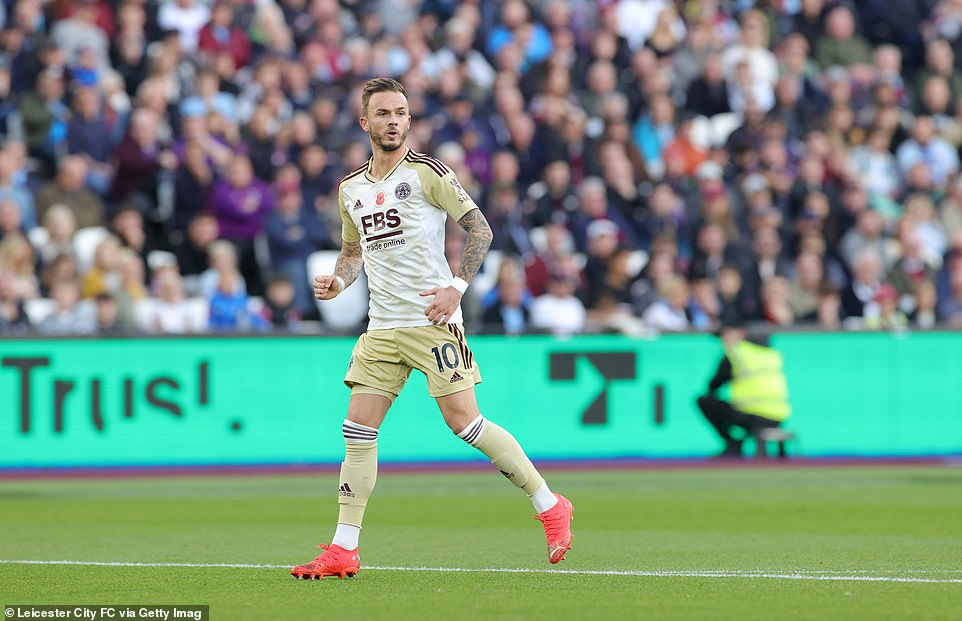 Whether you were wearing claret and blue or just royal blue, it was hard to not feel profoundly disappointed for James Maddison as he trudged from the London Stadium pitch this afternoon.

This week, in his own words, had presented a dream come true. The boy from Coventry was going to the World Cup. Richly deserved too, given the catalogue of outstanding displays he has compiled across the course of 2022.

But on this warm November afternoon in east London, his dream looks to have been left in tatters.

It had all started so well, too, for Maddison, who started and finished the move which led to the opening goal of the game. His close-range finish past Lukasz Fabianksi was his seventh goal of the season and the perfect way to celebrate a fairy-tale week. 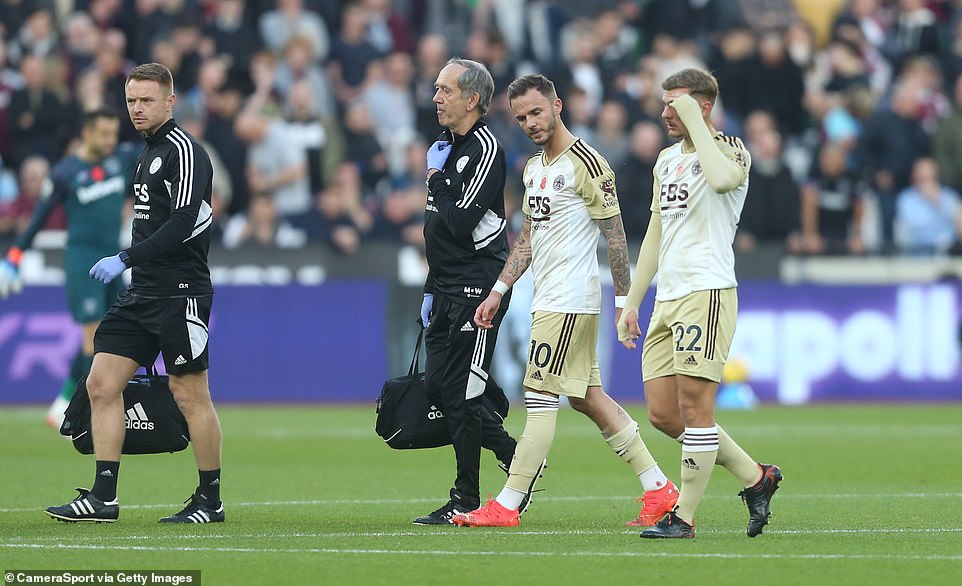 Then, 20 minutes later, disaster struck. The forward slumped to the floor off the ball, clutching his hamstring. The look etched across his face, one of dismay and, almost, disbelief, told you everything you needed to know.

The Leicester physio prodded and poked. But Maddison knew his race was run. He left the field to a stunned silence in east London, consoled first by fellow Englishman Declan Rice and then his manager Brendan Rodgers, who described Maddison as having all the joy of the world after the call-up.

From the moment Maddison departed the Foxes seemed to relinquish control and belief in the game. It proved to be a catalyst for West Ham too, who, not for the first time this season, had been a yard off of it in the opening stages. 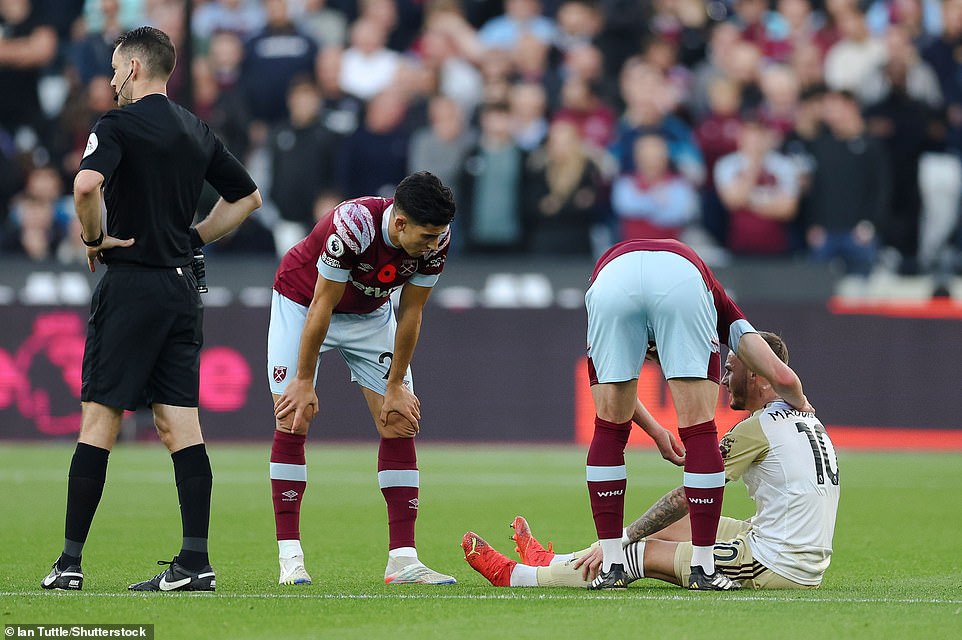 Tomas Soucek slipped in a pass for Said Benrahma, who twisted and turned in the Leicester box before forcing Ward into a low save. Lucas Paqueta then should have done better, blazing over from 18 yards after finding himself with space to shoot in the box.

The hosts thought they had made their dominance count too, when Tomas Soucek had the ball in the net. But he rightly saw the linesman’s flag raised after the creator, Jarrod Bowen, had crept off-side in the build-up.

It was starting to feel all too familiar for West Ham and manager David Moyes, who bemoaned his side’s profligacy in the final third in his pre-match programme note. And they were nearly made to pay for their wastefulness once again. 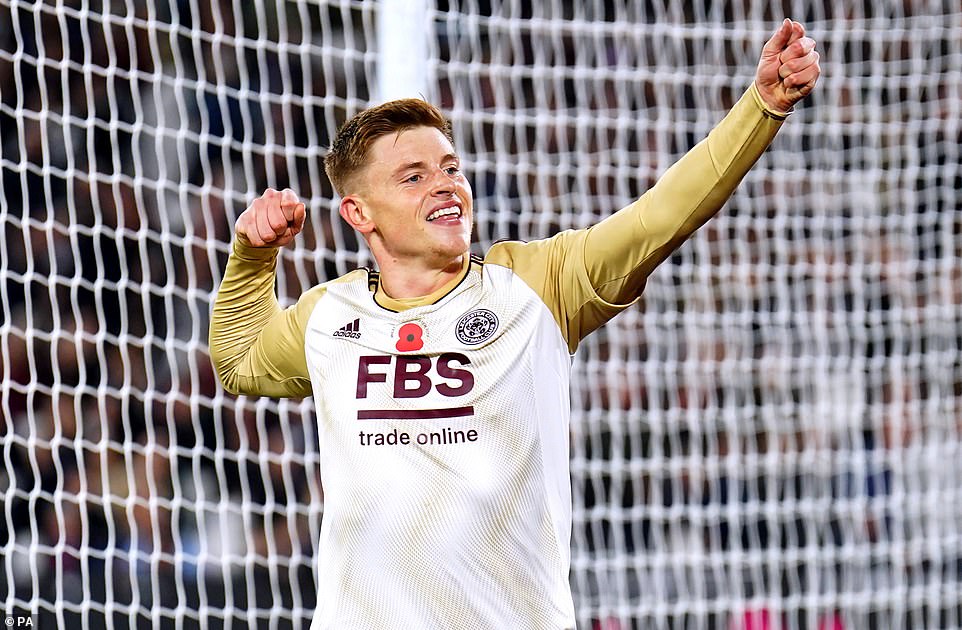 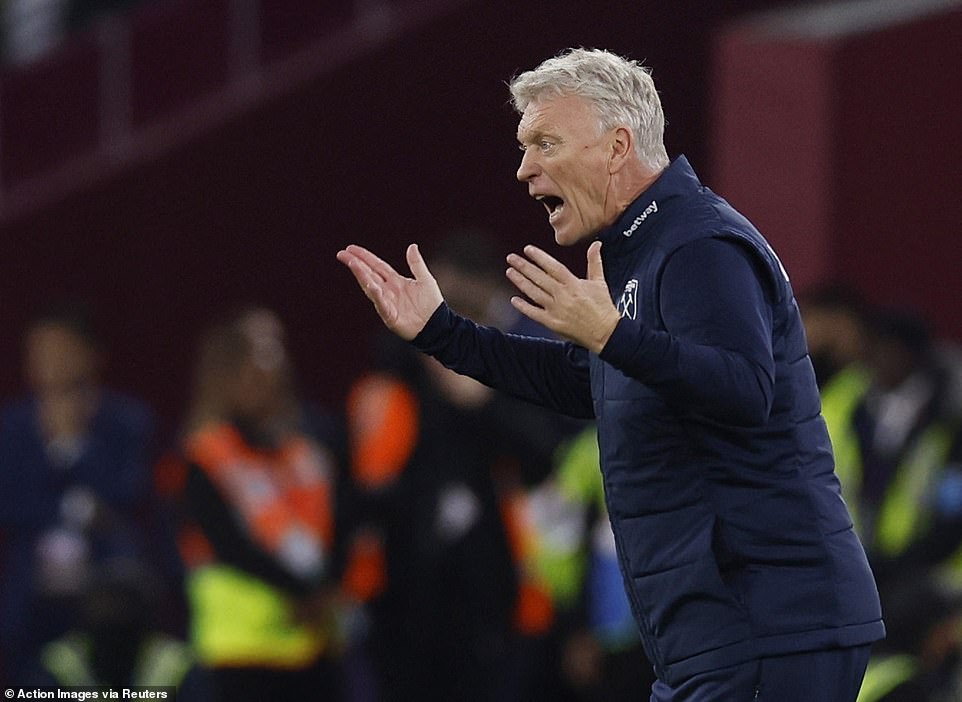 A clumsy challenge by Craig Dawson was initially not deemed a penalty by referee Jarred Gillett. But after being sent to the pitch side monitor by VAR referee Chris Kavanagh, Gillett saw the clear contact between Dawson and the boot of Patson Daka and duly pointed to the spot.

But Youri Tielemans was denied from 18 yards by Fabianksi, who came out on top on his 150th appearance for the Hammers.

Rice, so often the man to drive the Hammers forward, was key to their first big chance of the second half. He found Thilo Kehrer on the right flank who produced a low cross that was just too far ahead of Gianluca Scamacca, whose run without a goal now stretches to seven games. 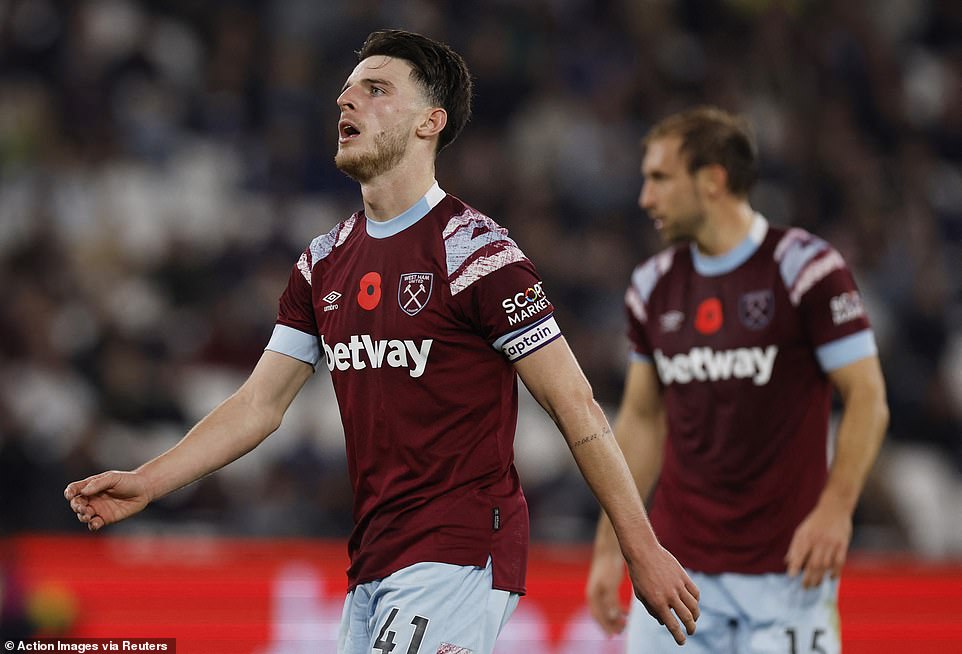 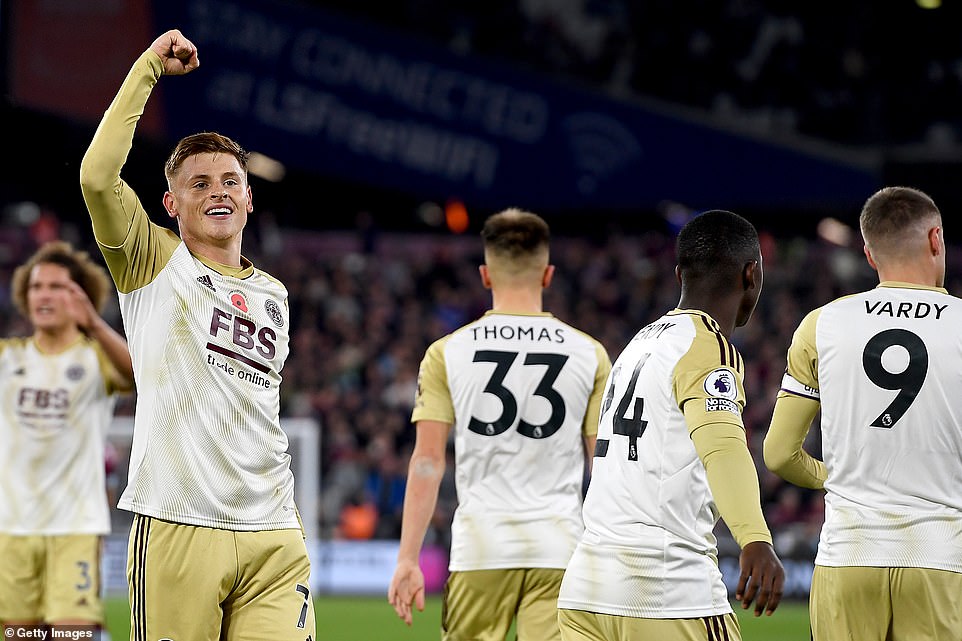 West Ham became increasingly vulnerable on the break as they pushed for an equaliser and eventually chanced their arm one too many times. Ayoze Perez slipped through Harvey Barnes who finished coolly past Fabianski to secure the Foxes’ third successive away win.

The traveling supporters gave a richly-deserved warm embrace to their players at full-time. But they were celebrations, you could tell, tinged with more than a hint of disappointment for Maddison. 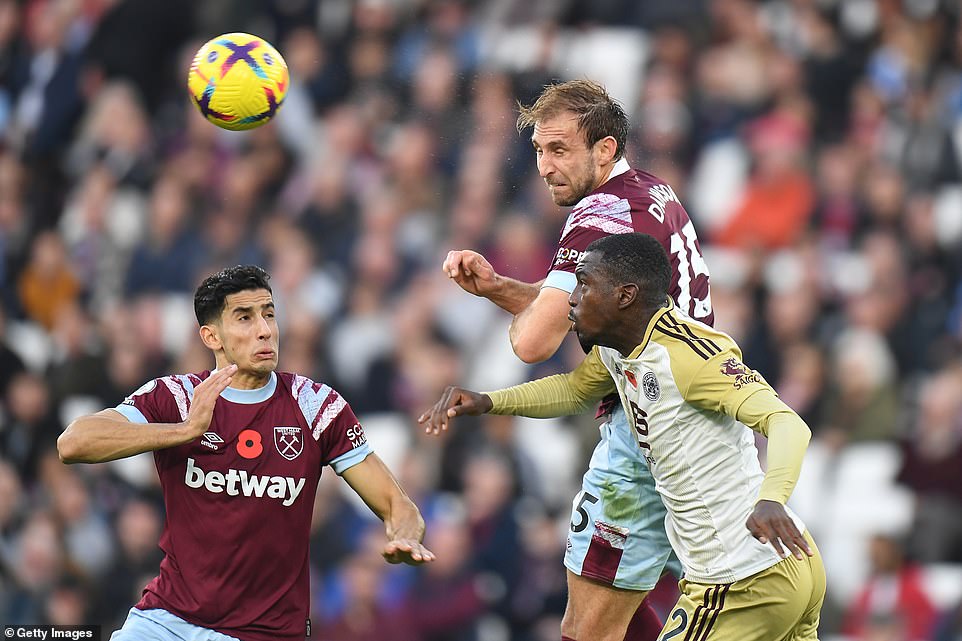 He has given those supporters countless wonderful moments in a Leicester shirt – a spark of inspiration even in the dark moments at the start of this season. They were looking forward to seeing one of their own take football’s biggest stage by storm. To see him hobble off would have been a gut-wrenching blow for them too.

Unless the move to replace Maddison proves to have been precautionary, he will almost certainly fail to be ready for England’s opener against Iran on November 21. A cruel blow indeed. This isn’t how his story was meant to end.