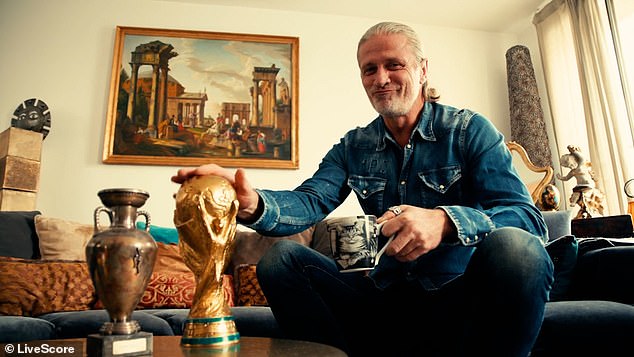 Football legend Emmanuel Petit told how winning the World Cup changed his life forever – and urged fans to get behind the tournament which kicks off in Qatar on Sunday.

The former Arsenal and Chelsea star insisted it was time to put aside politics and get on with enjoying the biggest sporting event on the planet.

He told MailOnline: ‘I hope we will only talk about football from now. There’s too much politics and polemics. 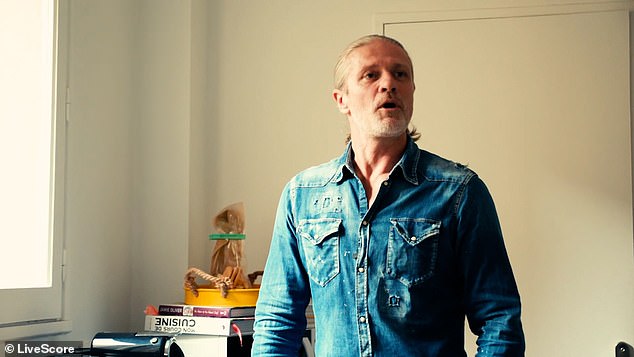 ‘If people are critics about the World Cup I can understand it but it should have been done more than 10 years ago when Qatar was designated to organise the World Cup.

‘Everyone has an opinion. We need to understand that sometimes football can open doors when politics cannot.

‘If football can help Qatar to change the human rights then that for me will be the biggest win during the World Cup.’ 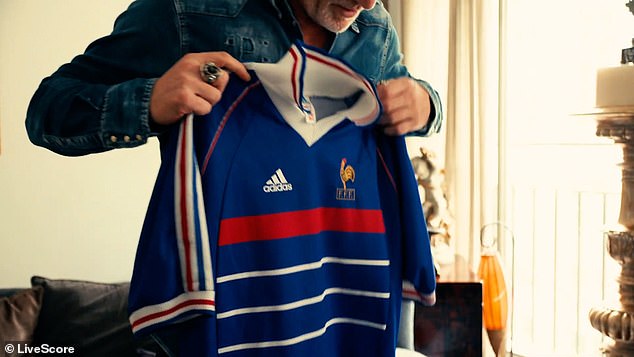 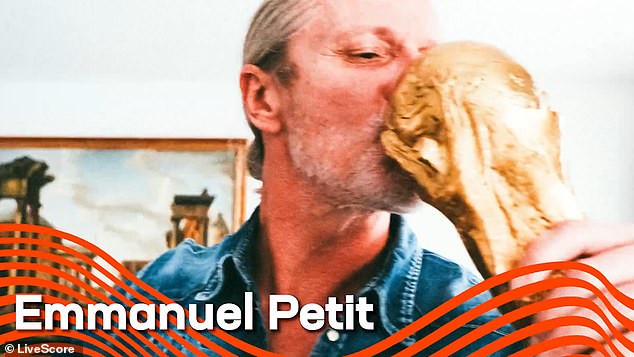 Petit – who has a replica of the World Cup at his Paris home – scored the third goal to seal a 3-0 win against Brazil in the 1998 World Cup final.

Describing the impact it had on his life he said: ‘When you win something with your country it’s beyond football. You touch everyone’s heart – even those people who are not interested about football.

‘The fact we won the World Cup is beyond football. We all try to do something in our life to be remembered and I think we did it in 1998.’

The former midfielder, who won 63 caps for his country and was also a member of the French squad which won the Euro 2000 championship said it was difficult to predict how the tournament would go as the event had always previously been staged in the summer. 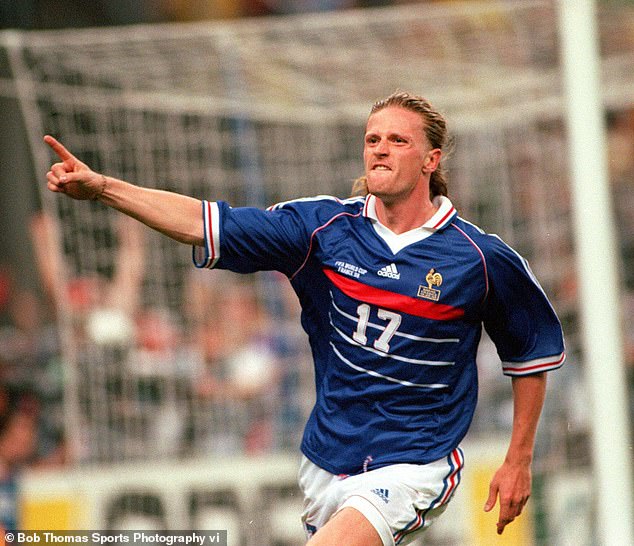 He said: ‘It will be something weird. I’m very excited about it but I’m asking myself some questions because it’s the first time in football history.

‘There is no preparation for the players and the managers, there are so many injured players.

‘If I was a player I would be nervous about it. There’s no preparation. You go straight to the World Cup after finishing with your club. This is something weird.’ 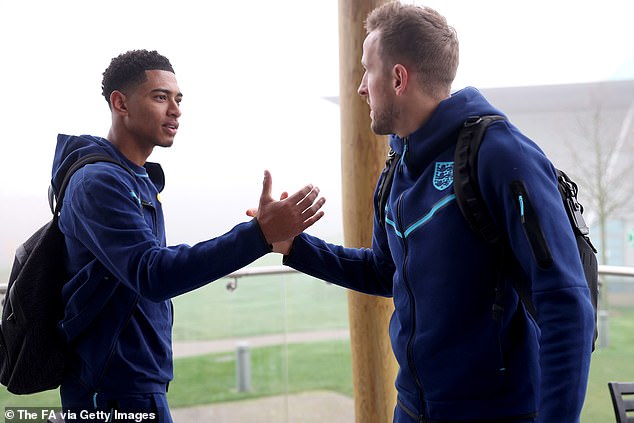 Petit said he believed England had the ‘quality to do something’ at the World Cup along with his own country but was concerned about high profile injuries in the French squad.

He tipped Brazil as likely winners and believes Paris Saint-Germain striker Neymar will be the key player in the tournament.

Petit said: ‘Just like France, England have reached some interesting stages recently in the big tournaments. It’s one of the countries that has a chance to win the World Cup.’

But he highlighted issues in England’s defence saying: ‘I have no idea who’s going to play in the defence, especially at right back. We have the same troubles in France, we are missing big players as well.

‘England have the quality but do they have the energy? Some players in the national team look tired already and because there is no preparation they have to go straight to the World Cup.

‘It’s something weird. This is the first time in football history. People ask me the same question and it’s hard for me to find answers because I have never experienced this before.’ 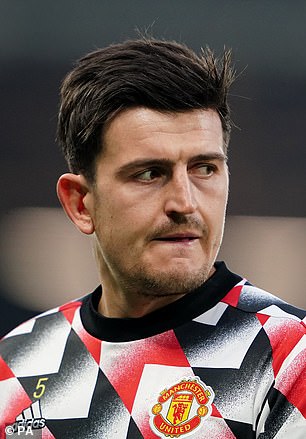 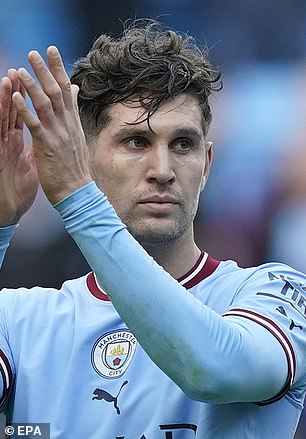 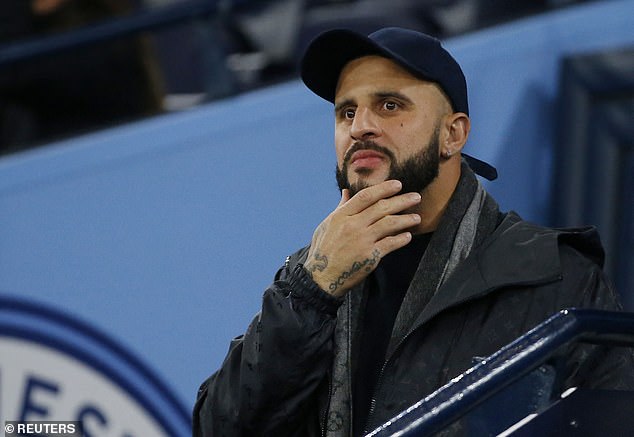 But he added: ‘There are a few countries that have a good chance to win the World Cup and I know how hard it is to win because sometimes you need luck but if I have a quick look, Brazil is one of them, definitely.

‘They have an experienced squad with quality players on top of it and it has been more than 20 years now since a South American team has won the World Cup. So I think there is a feeling of revenge.

‘I can see Neymar. This season it’s not the same Neymar. This is his fifth season with Paris Saint-Germain and this guy has come back during the summer with anger and a different mentality.

‘He looks so angry on the pitch and I’m pretty sure he knows this is the last chance for him to win the World Cup and probably to win the Golden Ball next season so I think this is a personal story with Neymar and the World Cup this season.’ 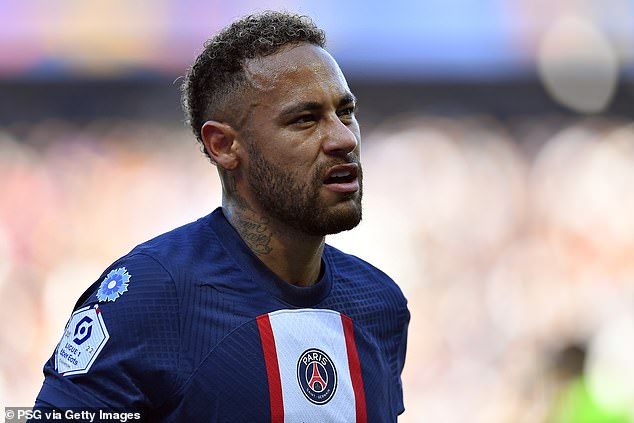 Petit spoke out as he launched a campaign with real-time sports updates provider LiveScore who say worried fans have developed FOMS – the fear of missing scores during this year’s tournament.

England begin their World Cup campaign on Monday November 21 with the game starting at 1pm and many matches will be played during the working week in the morning and at lunchtime in the UK.

The firm commissioned a survey which found that 44 per cent of football-mad Brits said that football took priority over work.

One in 10 said they were prepared to call in sick so they did not miss out on the action with 41 per cent saying they would break off from work to check updates if they are unable to watch matches. 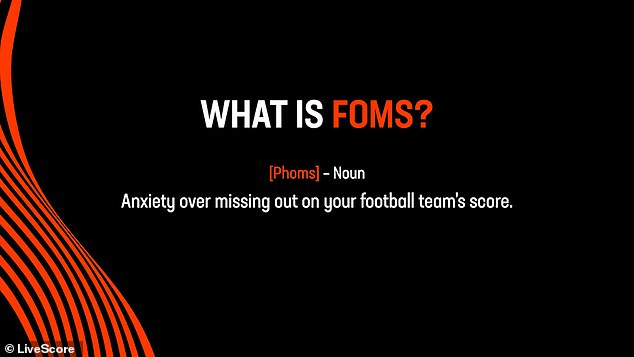 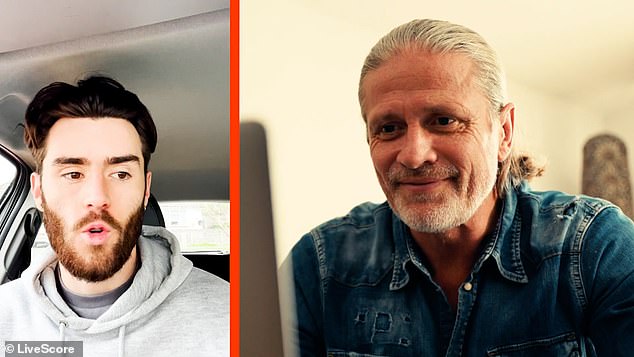 The survey found that 40 per cent of fans said that if a football match is on that they’re unable to watch, they have a real fear of missing the score.

More than half of football fans (52per cent) said the match times in Qatar are inconvenient for them because of work, while a further one-fifth (19 per cent) said their employers are not flexible at all when it comes to letting employees watch games during work hours.

Among the most unusual places fans identified suffering anxiety and having to check scores included while climbing Mount Everest while five per cent of mums admitted they had checked the scores of their favourite teams after going into labour.

Petit, a father of three daughters, confessed he had sneaked off at his daughters’ birthday parties and even on his wedding night because he’s so desperate to keep up with events on the pitch. 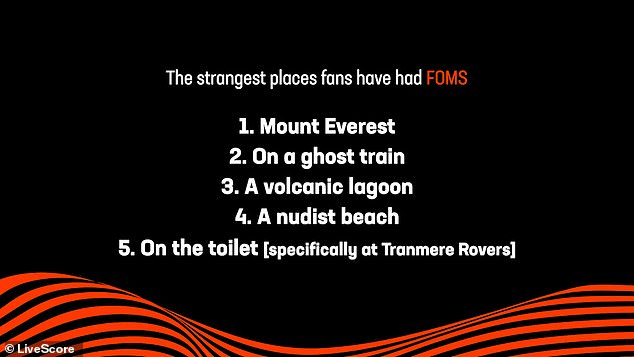 He said of his passion for the game: ‘You have to find tricks to hide the truth sometimes.’

Petit how he made excuses at social events by pretending he had to answer the call of nature so as not to offend fellow guests.

He said: ‘I know what it means. I experienced it when I was a player and since I retired as well.

‘I don’t know how many times I tried to avoid people or try to escape for a few minutes.

‘Most of the time the best excuse for me is to ask to go to the toilet to watch the score.

‘You have to show respect to people you are with. If you show them that you are not focused on the conversation and you have a look on your mobile – and all of a sudden things change.

‘Politically it is better to find a good excuse and if you say to people ‘I have to go to the toilet’ then fair enough. There’s nothing against that.

‘There’s so many times I’ve done that.

‘It has happened at birthday parties for my kids. I remember doing it for my wife on my wedding party night.’ 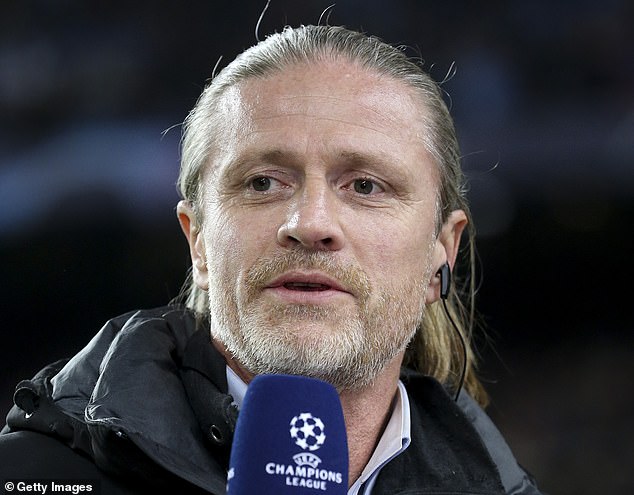 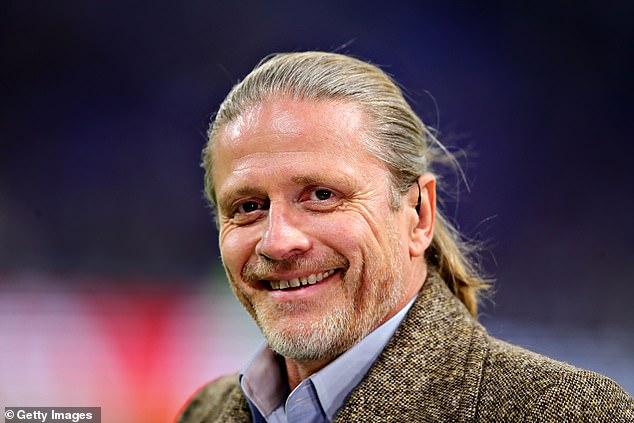 Petit admitted he even gets distracted while commentating on games for TV and radio.

He said: ‘When we are commenting on games, a camera is filming us. When I’m watching the mobile I try to give the impression I’m focused on the game but in the meantime my eyes are on the mobile. You have to find tricks sometimes to hide the truth. I cannot escape my mobile.’ 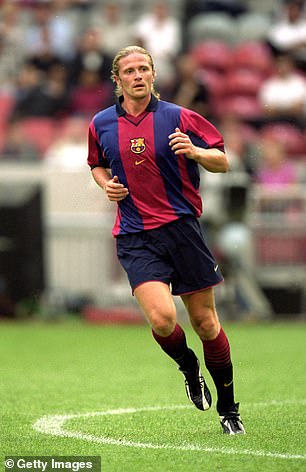 He is aiming to raise awareness of the issue

Petit told how his obsession with keeping up with scores affected his performance during a league match while playing for Barcelona in Spain.

He said all he could think about was how his former team mates at Arsenal were getting on in their 2001 FA Cup final against Liverpool.

He said: ‘I remember a game I missed that was important. I was so annoyed about that.

‘I was playing a game for Barcelona when I left Arsenal.

‘I remember Arsenal were playing the FA Cup final against Liverpool.

‘I could not watch the game and I was so annoyed about that. I just wanted to see my old teammates playing the FA Cup final but I couldn’t so I had to record it.

‘I said to my friends “Don’t tell me the score”. My mind was focused on that game. It’s weird. I know it’s weird.’