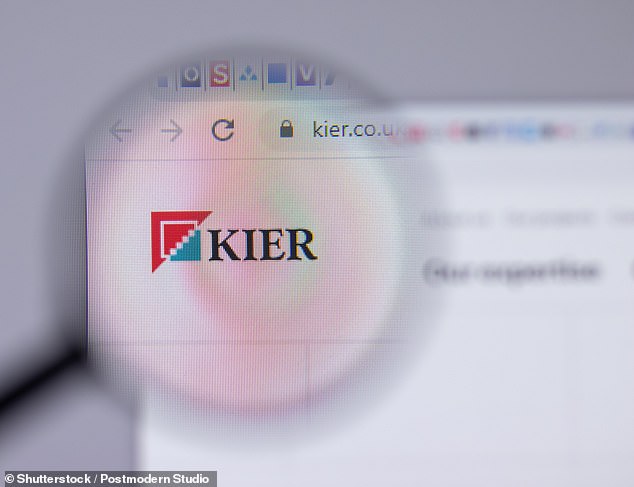 Almost half of shareholders voted against its directors’ pay report on Thursday, which handed Andrew Davies an inflation-busting 70 per cent increase.

Scrutiny: It is Kier’s second successive shareholder revolt, with more than a quarter of its investors voted against its pay proposals last year

He said: ‘I would say to executives to embrace pay restraint at a time like this and make sure they are also looking after all their workers.’

It is Kier’s second successive shareholder revolt. More than a quarter of its investors voted against its pay proposals last year.

But the 44 per cent vote at its latest annual general meeting made it one of the most significant revolts this year – and will put it on the Investment Association’s ‘list of shame’ once again.

Excessive pay awards have triggered anger in recent months – a theme likely to intensify as the UK’s recession worsens.

Kier’s share price has fallen by almost half in the past year and the company is now worth £283million.

A spokesman for the firm said the ‘remuneration committee will reflect carefully’ on points raised and publish an update within the next six months.