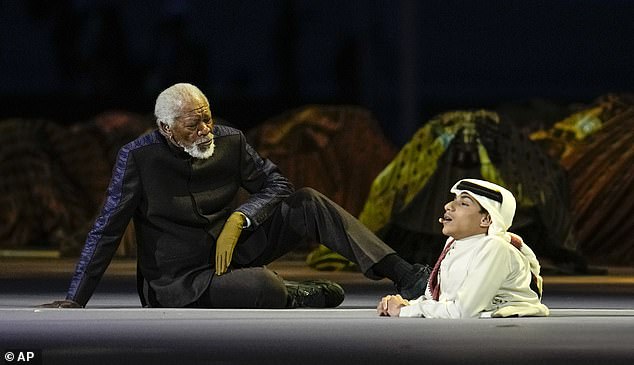 By James Reynolds For Mailonline

Al Muftah is known for his motivational speeches and social media presence, featuring on TEDxQatarUniversity in 2018, aged 16, to talk about his condition, caudal regression syndrome.

Caudal regression syndrome (CRS) affects the development of the lower half of the body, which can include the spine, limbs, bladder, bowels and gut.

The bones in the lower spine can be abnormal or missing, with spinal abnormalities often also affecting the chest, which makes breathing difficult.

Qatar-born Mr Al Muftah was chosen as one of the official FIFA World Cup Ambassadors this year.

In a statement, the Loughborough University politics student said: ‘Within my capacities as a [Fifa World Cup] ambassador, I want to send a message of hope, inclusivity, peace, and unity for humanity.’

US actor Morgan Freeman, left, sits on the stage next to FIFA World Cup Ambassador Ghanim Al Muftah, at the opening ceremony of the World Cup on Sunday 20 November 2022 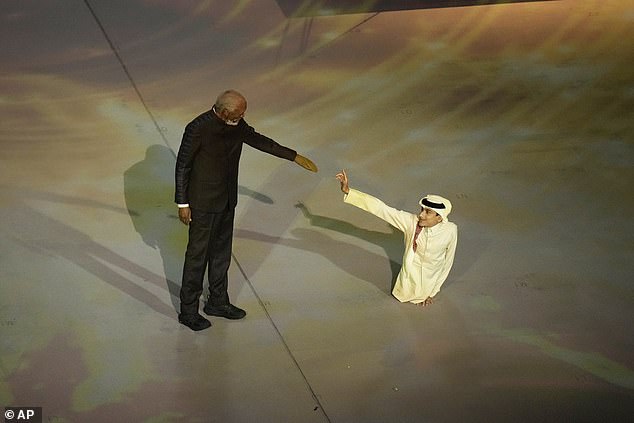 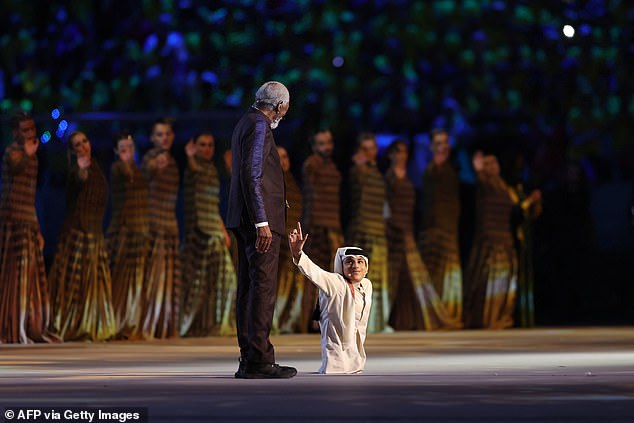 Mr Al Muftah is known for his philanthropy, having set up the Association of Ghanim with help from his family.

The association donates wheelchairs to the people in need.

The young man was also named ‘Ambassador of Peace’ by H.H the Emir of Kuwait, Sheikh Sabah Al-Ahmad Al-Sabah, in 2014.

Ghanim hopes to become a future Paralympian and lists football as one of his favourite sports.

The inspirational 20-year-old says he grew up playing football at school wearing shoes on his hands.