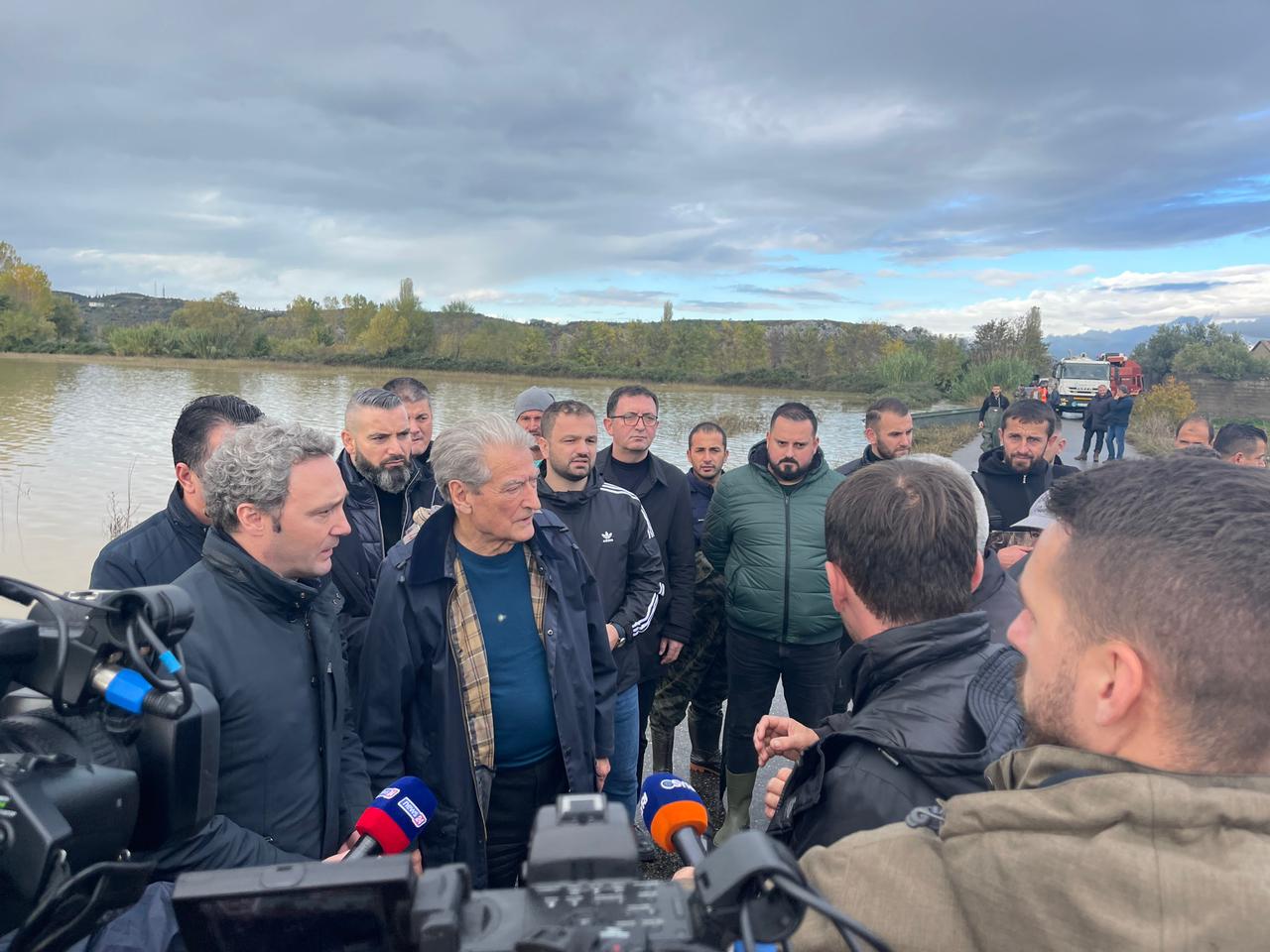 “The flood was preventable”

The chairman of the Democratic Party, Sali Berisha, traveled to the flooded areas of the Ninshkodra area to see the situation up close.

After a stop in the village of Kuç, Berisha shot arrows at the government because according to him the rainfall situation was completely manageable and preventable, if energy was produced and not bought, the water level in the hydropower plant would decrease.

Sali Berisha: An extremely serious announcement has been made by the Italian meteorological station, which has specifically predicted extreme rainfall and flooding in the northern Alps. But all this was not enough for Edi Rama and Belinda Balluku because they have the mind to use the energy to steal. At a time when the contracted energy of 10 million euros could be produced without any restrictions, consequences, in the Drin cascade.

Then, in a press conference from the city of Shkodra, he accused the government of not notifying the Municipality of Shkodra through KESH in advance about the opening of the gates of hydropower plants and tunnels.

“This natural disaster is certainly not rare, but quite special this time, it is all not the hand of God, but the hand of the thieving slave. I say this because this was created primarily by the mismanagement of the cascade absolutely dictated by government theft. Today, Edi Rama blames the media and the opposition and the opposition for the disaster he created himself”. said Berisha.

He emphasized that the government did not produce energy, but bought energy at 226 euros per megawatt on the stock exchange. While he did not hesitate to reply at a distance to Prime Minister Edi Rama’s accusations.

“My answer is, in every act he signs, as he himself said, fap, fap, fap, and bam, bam, bam, he only steals. This is my answer. He has presented to the Albanians only one argument that says; how can a man steal 2 meters. There is no Albanian who accepts such an argument. It is the affairs one after the other that bring out Edi Rama, the biggest thief of the Albanian nation since the state was founded until today. If Edi Rama has problems, become a man and take him to the prosecutor’s office, on his own. Does he check the cabinet from top to bottom. But there is none of what it says. He is immersed up to his ears.” emphasized Berisha.

Berisha stated that there is a law for the management of the cascade, which does not allow the emptying of the cascade on September 1, and said that the government has not implemented a series of other rules that, according to him, would have avoided the flood.