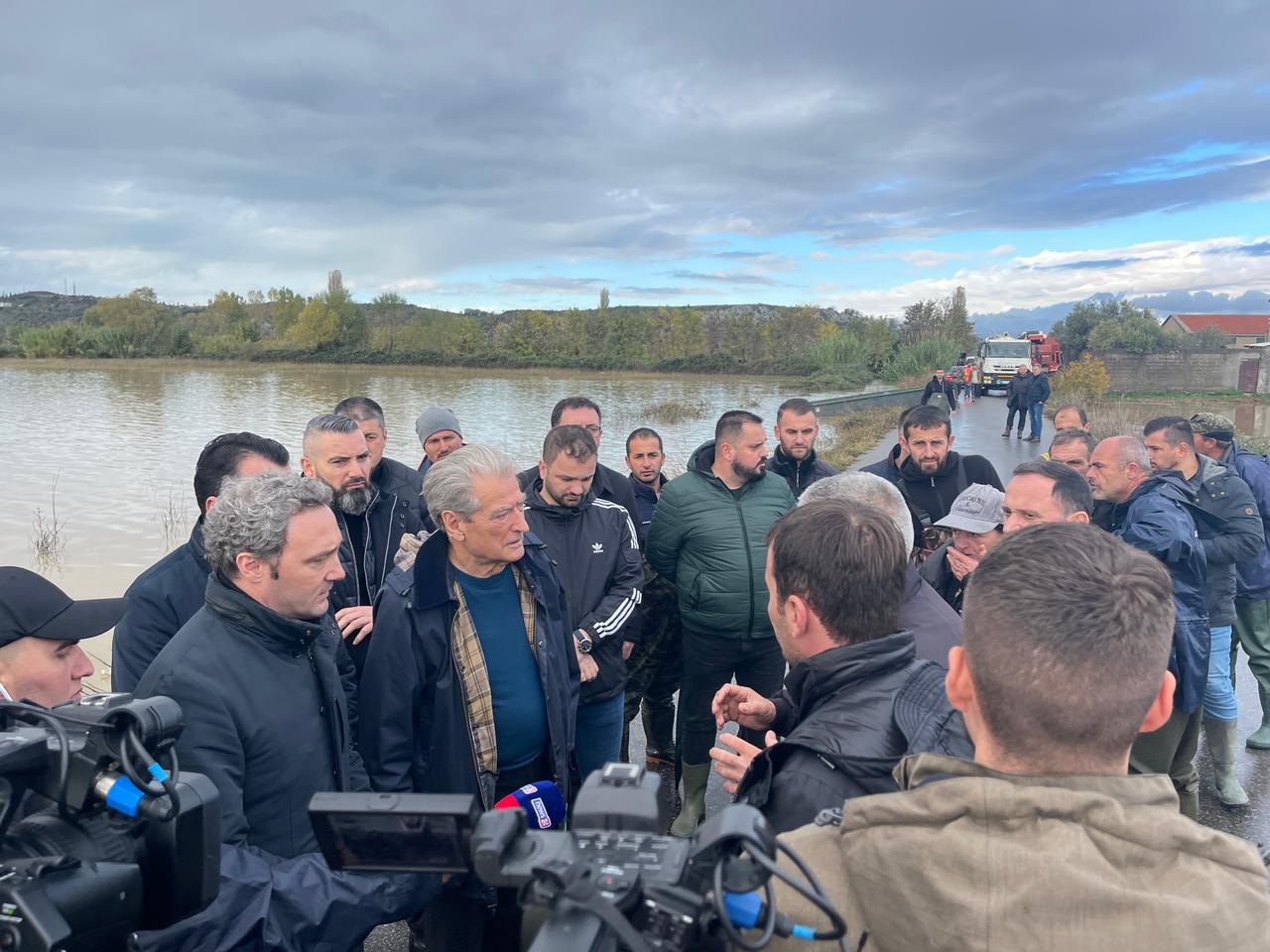 The chairman of PD Sali Berisha has headed towards the flooded areas in Shkodër. His first stop was in the village of Kuç, where he held a meeting with residents and made a statement to the media. Regarding the flood situation, the chief democrat Berisha said that “the floods came because Prime Minister Rama did not stop the theft of energy”.

Sali Berisha: I followed the dramatic developments with great concern and attention. I came here to express solidarity for you and all the residents and for the Mayor for the work you are doing. This is full proof of the irresponsibility of these citizens, who last night opened the tunnels of Koman, poured 2,000 cubic meters per second from the gate of Vaut Deja, in addition to what they poured from the turbines, all of which they could not get out of their theft scheme. These rainfalls have been fully and completely predicted, either by the Institute of Geosciences, which has delivered to the offices of these governors, that the theft has blinded their eyes and minds, but for the sake of truth, an extremely serious announcement has been made by the Italian meteorological station , which specifically predicted extreme rainfall and flooding in the northern Alps. But all this was not enough for Edi Rama and Belinda Balluku because they have the mind to use the energy to steal. Now he comes out and says that he did it to increase the reserves, while all the data showed that there would be extreme rainfall, but he had his eyes on the money that would be stolen, that they had charged him to buy 10 million euros of electricity, from which they pocket at least 5 million. Now that the scandal has broken, they try to deceive and justify. The truth is that they did not want to stop the theft.

The chairman of the Democratic Party, Berisha said that “the government has an open hostile attitude towards Shkodra” as he added that “energy has become one of the most stolen goods”.

Sali Berisha: Last night I was informed very late, that they opened the tunnel, that they have import in their work program and they are not interrupting it. Everything is dictated by theft. We have stated many times that energy has become one of the most stolen goods. This was absolutely predictable, preventable, if energy was produced and the level lowered. Energy did not need to be purchased. Today they are selling energy, at a price four times lower than buying it, because they have the contracts. They are blinded. The government has an open hostile attitude towards Shkodra. But they did this act because they were caught red-handed in an unimaginable theft.

During his speech, chief democrat Berisha accused KESH because according to him “committed a crime”, THAT “did not announce that he was opening the turbines”.

Sali Berisha: From last night until a little while ago, they poured 2 thousand cubic meters. 1400 or more with turbines. That’s why they made this flood with these criminal dismissals. Criminal that it was prevented. When they committed the crime, they did not notify the Mayor, they did not notify you. They had to give hours notice. They opened the gates and turbines and flooded the area in a flash within half an hour. At a time when the mayor yesterday demanded that KESH announce every movement. KESH had to notify, they have an obligation to notify. They have a legal obligation. But they wanted to steal with the import of energy. They wanted to steal 10 million euros in four days.

After that, Berisha will also stop at the Bahçallek Bridge and in the village of Obot./broread