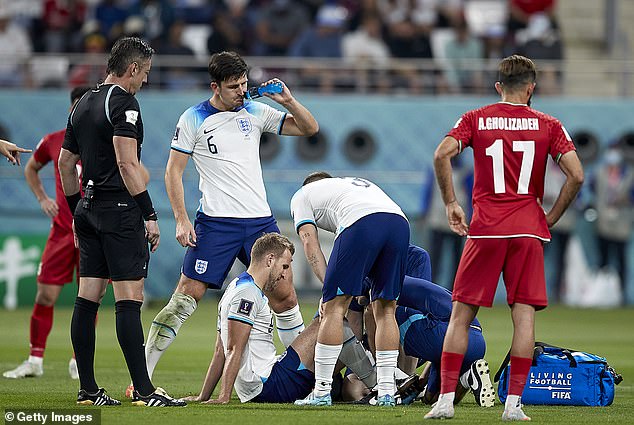 England have suffered a huge injury scare after captain Harry Kane limped out of the Khalifa International Stadium with strapping on his ankle after their World Cup opener against Iran.

The skipper was substituted after 76 minutes on Monday afternoon, shortly after Iran defender Morteza Pouraliganji was booked for a rash sliding tackle on him during England’s 6-2 win.

As Kane left the Khalifa stadium, he hobbled towards the team bus with his ankle covered with strapping – but manager Gareth Southgate insisted he was ‘fine’ to reporters. 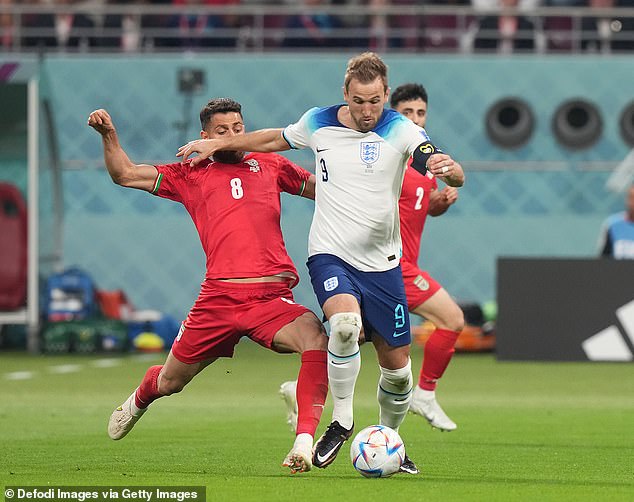 Kane has suffered several ankle injuries throughout his career for Tottenham and England – meaning another knock would be a significant concern given his status in the team.

The incident, which took place in the 48th minute in Doha, saw centre back Pouraliganji make a desperate lunge to try to win the ball from the Tottenham striker.

Kane’s ankle was trapped in between the defender’s leg and the ground and rolled painfully, leaving the star forward wincing in pain.

After receiving several minutes of treatment, he played on but was later replaced by Callum Wilson up front, presumably with an eye on preventing further damage. 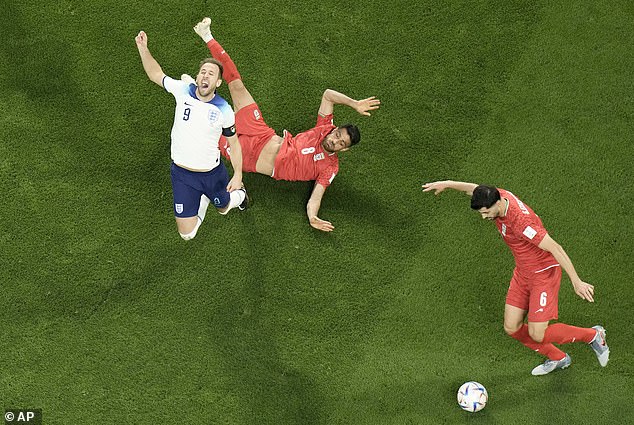 The strapping may be a precautionary measure, particularly as Southgate told reporters after the match that Kane is OK.

The Sun report he will be assessed in the next two days but England do not have any serious worries about his fitness.

England play USA on Friday before clashing with Wales on Tuesday in their final Group B match.