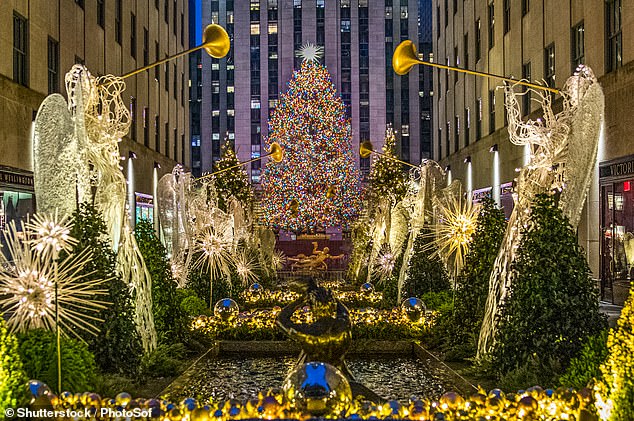 Yule be dazzled in festive New York: The ultimate guide to Christmas shopping in the Big Apple (and where to stay for complimentary hot chocolate and ‘Santa letter’ stationery)

By Neil Simpson For The Mail On Sunday

Every week our Holiday Hero Neil Simpson takes an in-depth look at a brilliant holiday topic, doing all the legwork so you don’t have to. This week: Christmas shopping in New York.

The countdown to Christmas is well under way in New York. The festive ice rink at the Rockefeller Center is open, and this weekend workers are busy draping 50,000 multi-coloured lights around its 82ft-tall Christmas tree and securing a 9ft-wide star covered in three million Swarovski crystals on top.

‘Seeing skaters glide past the tree is one of the world’s most iconic Christmas sights,’ says Shelley Thomas of New York’s Big Bus tour company. ‘It’s just one of the reasons why tourists flock to New York in December.’

All the trimmings: The countdown to Christmas is well under way in New York. Above is the Christmas tree at the Rockefeller Center 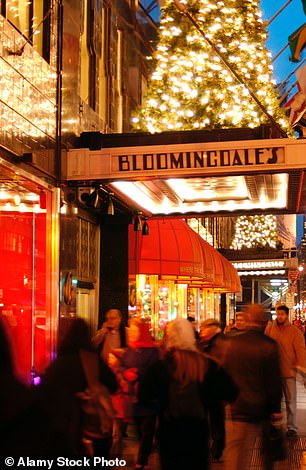 Other seasonal attractions include over-the-top Christmas displays in the city’s department store windows. Luxury shops cluster around Fifth Avenue in Midtown Manhattan with Saks Fifth Avenue, Macy’s, Bergdorf Goodman and Tiffany & Co offering some of the best displays. Bloomingdale’s on Lexington Avenue is another must-see as window-dressers have pulled out all the seasonal stops to celebrate the store’s 150th anniversary.

Worried you might miss a great display? Local guides can showcase the best of them on the New York City Christmas Markets And Lights walking tour that starts at a festive village in Columbus Circle. From £38pp at getyourguide.co.uk.

And don’t worry about the weather – New York has plenty of indoor festive markets if temperatures fall. A top choice is the 2022 Holiday Fair set under five golden chandeliers in the beaux arts Vanderbilt Hall at Grand Central station. Gifts include jewellery, clothing, cosmetics, artwork and Christmas decorations.

Plenty of tour firms can arrange mini-break packages for Christmas shopping or for some bargain-hunting in the January sales – and it’s not too late to book.

Private transfers from JFK Airport to your hotel are a big selling point of the seasonal trips offered by Inspiring Travel.

If you have deep pockets, it can book you into famous-name hotels including The Plaza, The Carlyle, The Pierre and The Peninsula. And while its three-night break in the city’s hottest new hotel, AMAN New York, costs £5,479pp including flights, the same stay in the cutting-edge 1 Hotel Brooklyn Bridge starts at a less eye-watering £1,869pp (inspiringtravel.co.uk). 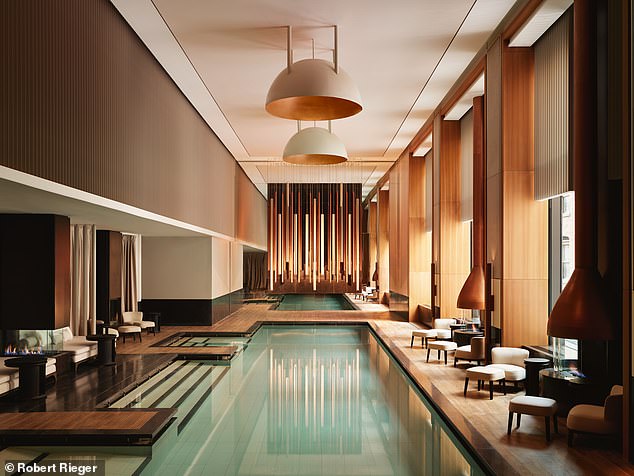 Book a flights-and-hotel package with British Airways Holidays and you can splurge with a stay at the five-star Lotte New York Palace hotel on Madison Avenue. Guests can take private, behind-the-scenes tours of the adjacent St Patrick’s Cathedral, which looks like a real-life Christmas card, and use the hotel spa after a long day at the shops.

Three nights at the hotel with flights costs from £1,429pp this December, or BA Holidays can find deals in different hotels for under £700pp (ba.com/newyork). 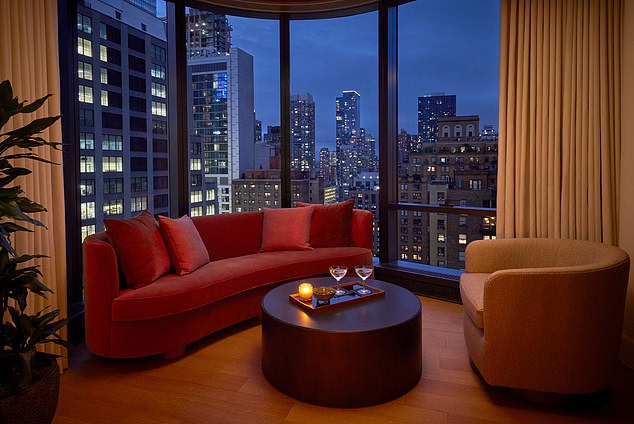 If you want to splash out, consider the newly opened Pendry Manhattan West, where you can have Christmas decorations in your room and special stationery to send a letter to Santa.

In early December, the hotel also has a Winter Market and a complimentary hot chocolate cart. Rooms from £750 per night (pendry.com).

Get more details of New York’s seasonal attractions at nycgo.com.