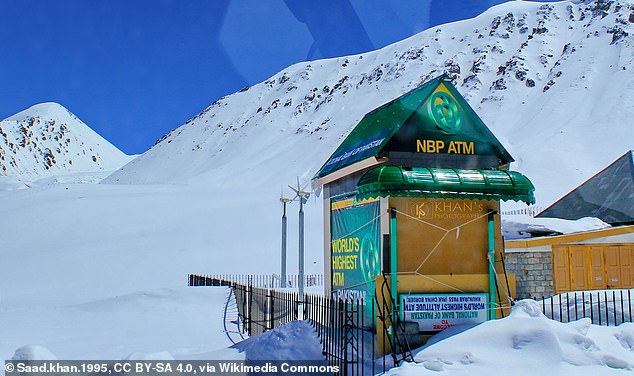 Pictured: The world’s highest ATM, churning out cash from a staggering altitude of 15,300ft in the snowcapped mountains of Pakistan

By Ailbhe Macmahon For Mailonline

ATMs are located for convenience, but it takes quite a mission to reach this uber-remote hole in the wall.

The ATM, operated by the National Bank of Pakistan (NBP), sits in Gilgit Baltistan, Pakistan, on the Khunjerab Pass – the highest-paved international border crossing in the world, which joins Pakistan with southwest China. 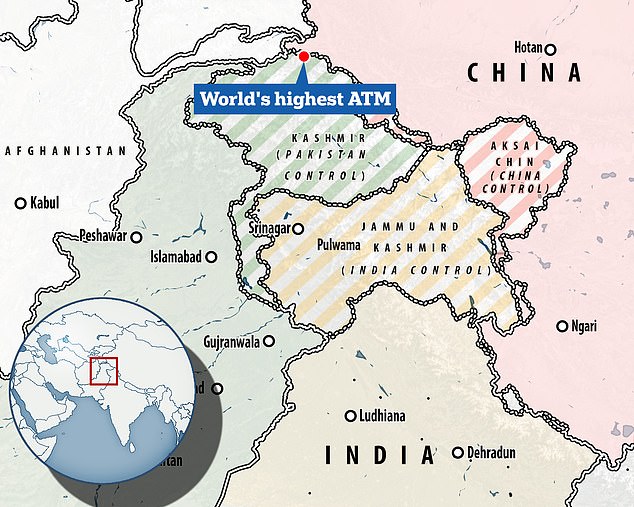 The cash machine sits in Gilgit Baltistan, Pakistan, on the Khunjerab Pass – the highest-paved international border crossing in the world, which joins Pakistan with southwest China

The Pakistan Army was recruited to help NBP install the cash machine, which is surrounded by the snowy peaks of the Karakoram mountains. The installation took over four months, with the solar and wind-powered ATM officially opening for use in 2016.

The Khunjerab Pass ATM, which offers cash withdrawals and can be used for interbank transfers, is used by guards working at the Khunjerab Pass, as well as tourists who come to the border crossing.

The bank says that the ATM – which has become something of a niche tourist attraction – is ‘helpful for [the] growing needs of tourists in the area’.

‘On average, around four to five million rupees [£15,540–£19,427] is withdrawn within the span of 15 days,’ Zahid Hussain, who is the manager of NBP’s branch in the Pakistani village of Sost, told the BBC earlier this year. 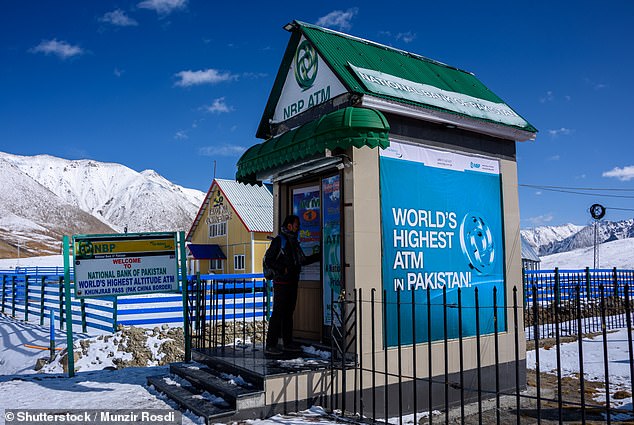 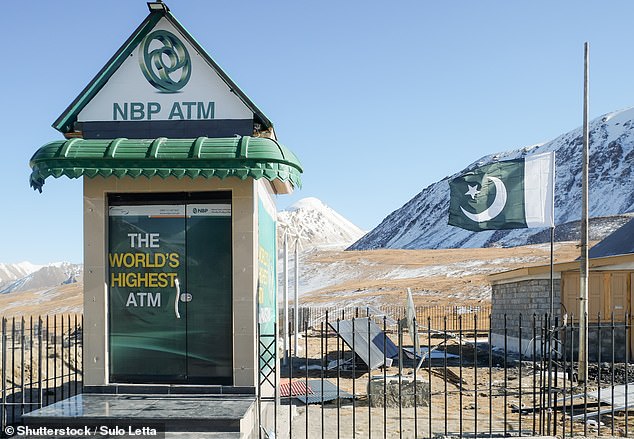 The publication adds that the Sost bank, based 87km (54 miles) away, is the closest branch to the ATM. Hussain is responsible for restocking the cash machine, facing extreme weather and landslides as he makes the journey to and from the Khunjerab Pass.

The BBC notes that the bank also has to sort out any issues with cards stuck in the machine and satellite connectivity – it generally takes a repair person around two to two and a half hours to reach the machine.

One YouTuber, Michael Gerber, seemed to experience the latter issue when he visited the ATM in 2019 – when his friend tried to withdraw cash, it said that the communication link was ‘down’. 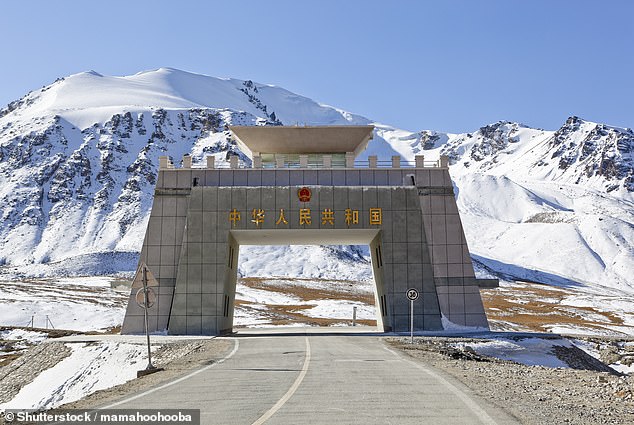 The ATM is used by guards working at the Khunjerab Pass, as well as the travellers who come to the border crossing (above) 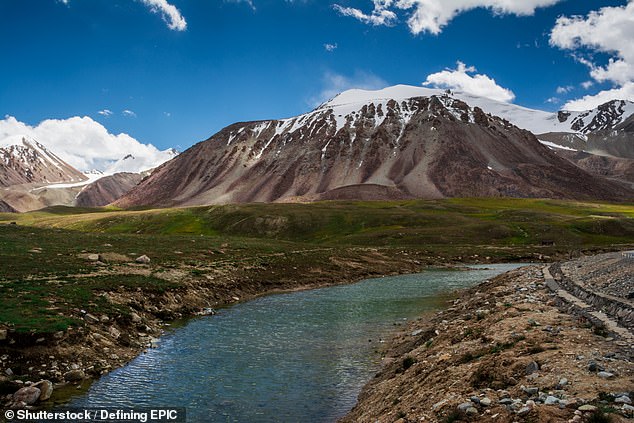 Visitors can enjoy views of Khunjerab National Park (above), home to animals such as snow leopards and Marco Polo sheep

To reach the ATM, you can take a three-hour bus ride to the border from the village of Sost. The views en route are said to be spectacular, with the ATM set by the Khunjerab National Park, which is home to snow leopards and the near-threatened species of Marco Polo sheep.

Tripadvisor user ‘Cefur’, who visited the ATM and the Khunjerab Pass, praised the ‘magical scenery’ of the area, adding that it feels as though you’re ‘on top of the world’.

To cross the border, travellers need to carry visa paperwork and go through immigration.