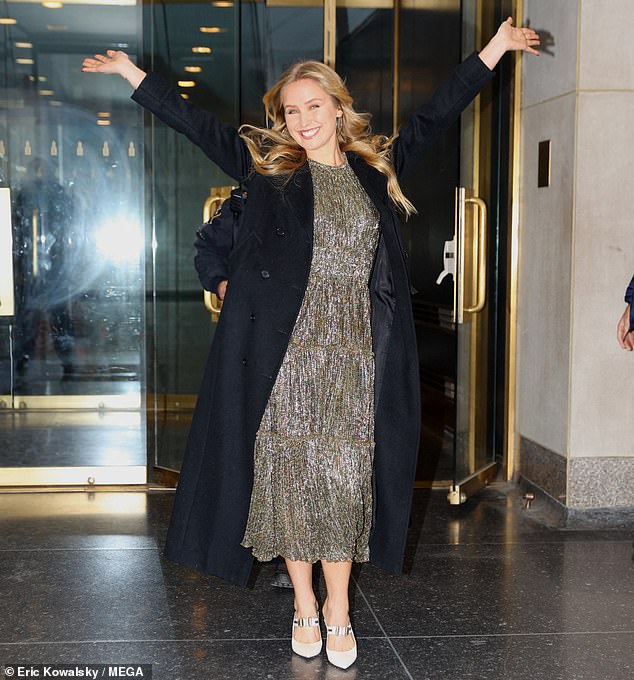 Sailor Brinkley Cook is perhaps best known for following in the footsteps of her famous mother, supermodel Christie Brinkley, but the young model is also attempting to make a name for herself.

Sailor, 24, has launched a new company that sprang from her efforts to deal with anxiety, especially during the pandemic.

Speaking on Today with Hoda and Jenna Tuesday, the young entrepreneur described the impetus for her new company, Sacred + Divine.

‘Over the pandemic, I was dealing with probably the worst parts of my anxiety and my therapist told me, “just put your phone down and be completely aware and observant of your surroundings,” and I would do that and it created this mindful, very grounding moment for me throughout my day,’ she said.

She began to notice patterns during her strolls.

‘I started seeing these numbers, these repetitive numbers and I started learning about them, like 111 and 333 and 222, are angel numbers.’

The new company sells not only jewelry, but scented candles and room sprays featuring numbers one through five and seven through nine. 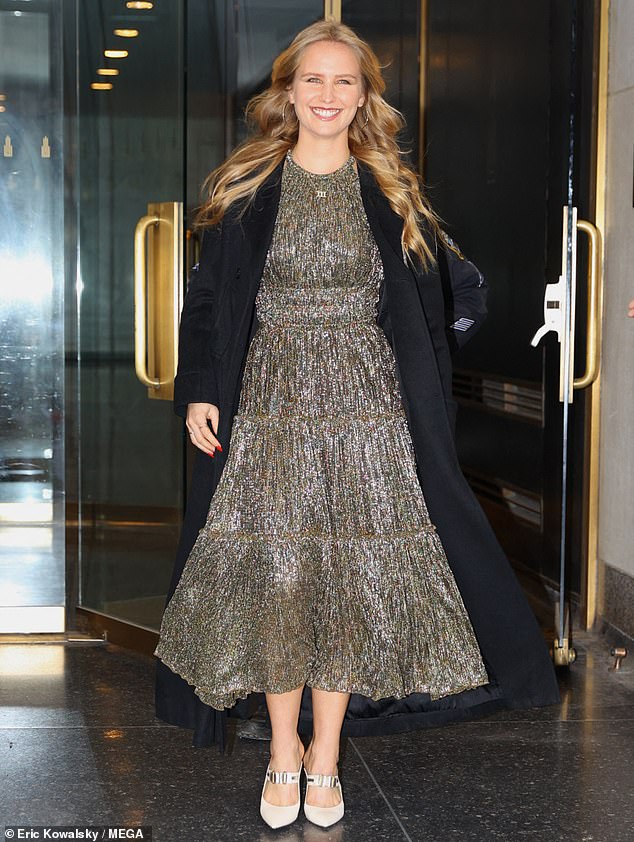 Help: ‘I know that everyone deals with something really hard in their life,’ Sailor admitted, ‘and we’re all going through a secret struggle… I hope it will help someone else who deals with similar issues’ 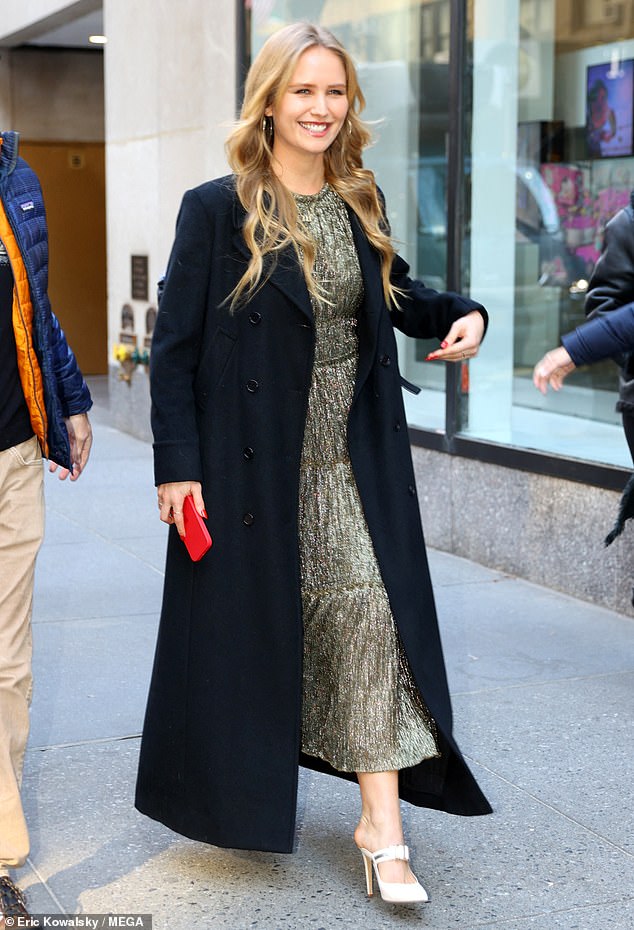 Anxiety: The Dancing with the Stars alum has been open about her struggle with anxiety and body dysmorphia, which lead her to found her own company

Each repetitive number stands for a feeling or action such as ‘manifestation,’ ‘change,’ or ‘abundance.’

Sailor explained, ‘They really are these universal signs that give us a little bit of hope and I started seeing them everywhere, so it was like a beautiful moment for me of connection.’

‘These candles and these necklaces are sort of bringing in those mindful, grounding moments into your everyday life.’ 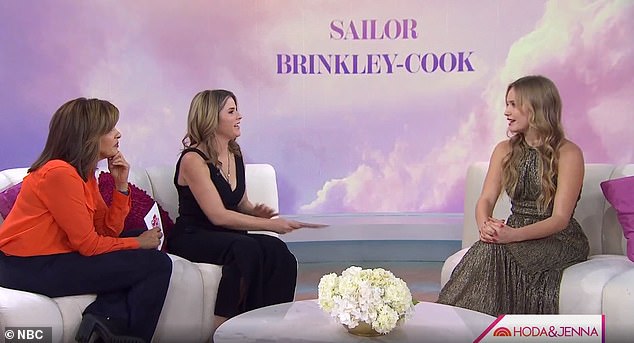 Entrepreneur: The model turned entrepreneur shared how her journey to become more grounded resulted in her discovery of angel numbers on Today with Hoda & Jenna, calling them ‘universal signs that give us a little bit of hope’ 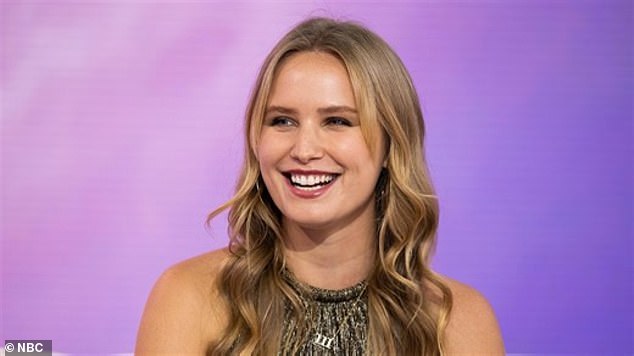 A beauty: She glowed during the sit down. And she also wore one of her own necklaces 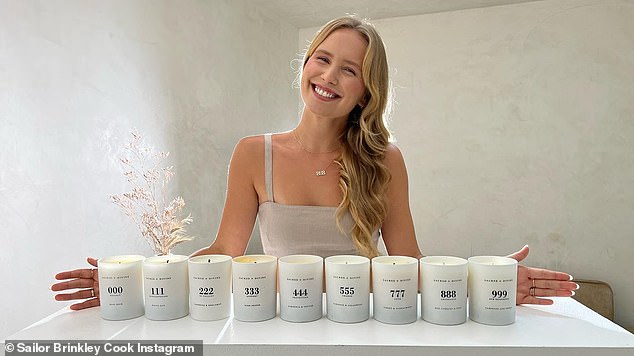 The Dancing with the Stars alum has been open about her struggles with mental health issues, including anxiety and body dysmorphia, explaining, ‘I find that the more you speak about these scary things, the less scary they feel.’

‘I know that everyone deals with something really hard in their life,’ she continued, ‘and we’re all going through a secret struggle… I hope it will help someone else who deals with similar issues.’

When navigating new situations, the runway veteran often relies on her mom’s advice. ‘Her number one thing that she always told me to be was to be grateful and gracious. 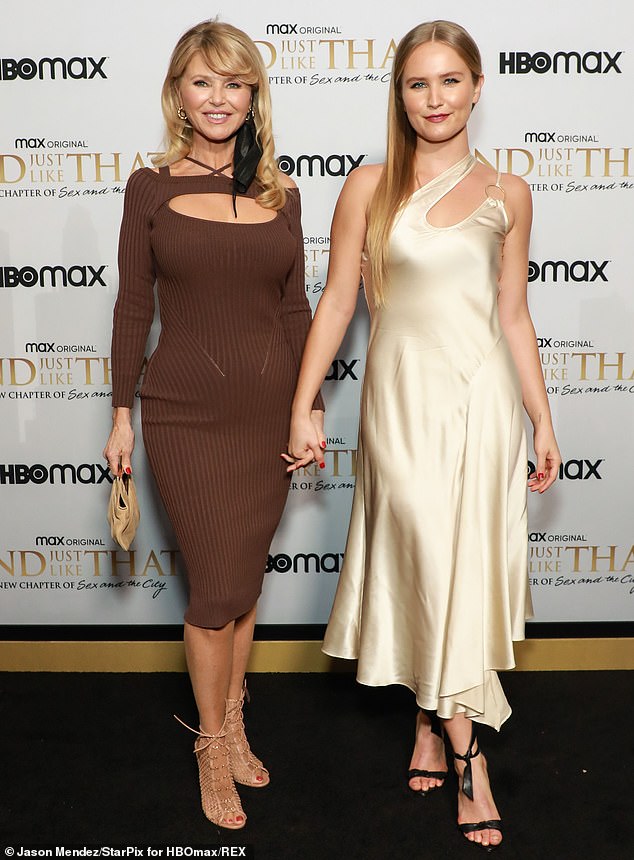 Model: Sailor is perhaps best known as the daughter of supermodel Christie Brinkley, 68. She has followed in her famous mother’s footsteps into the world of modeling, but is also stepping out on her own (Pictured in New York in December 2021)

‘So, I really stuck to that and I made it a priority to every room I walked in to to be very grateful and really say hello to everyone and absorb the knowledge that everyone has to give.’

The cover model looked stunning in a sleeveless gold and black midi dress with a boat neck collar, gathered waist and tiered skirt.

Her long blonde locks were styled in loose waves and accessorized with large hoop earrings and one of her Sacred +Divine necklaces for the appearance.

She later donned a black trench coat as she left the NBC studios.