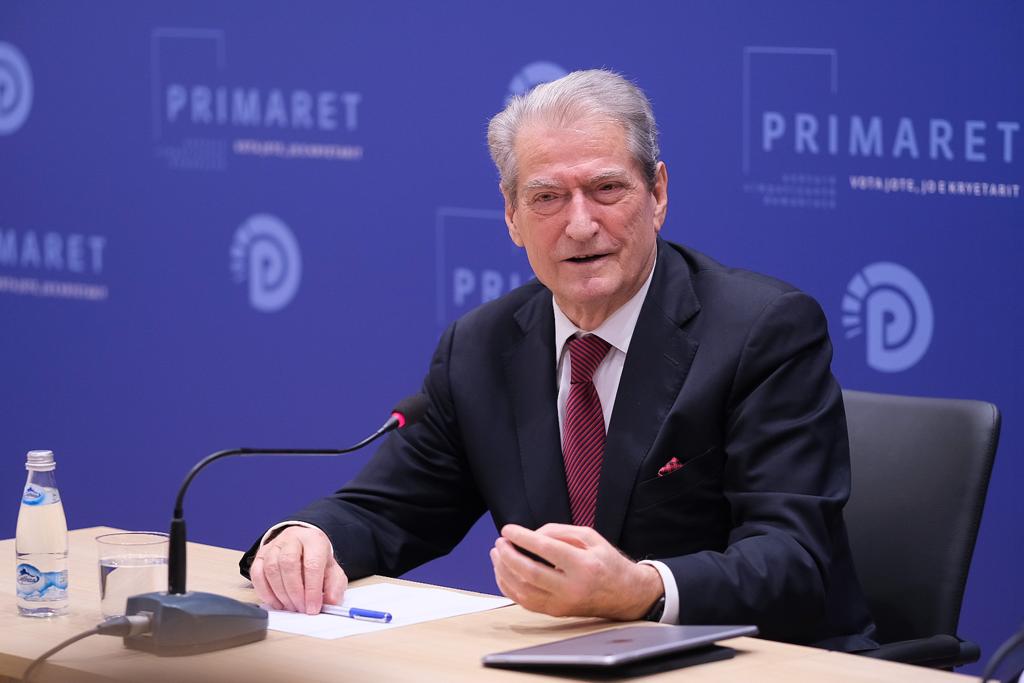 The announced protest of the opposition on December 6, the same day when the EU-Western Balkans summit is held in Albania, will be held at 12:00. The news was given by the head of the Democrats, Sali Berisha, during a meeting with the heads of Tirana’s branches.

“We will be in the square, we will be in the square this time more mobilized than ever. Because it’s a working day, because it’s 12:00, but when time calls, there’s no appeal. You always respond to time without appeal. Therefore, I must appeal to all the citizens of Tirana, all the businessmen of Tirana, on Tuesday at 12:00, everyone on the boulevard. I appeal to businessmen in the event that you do not come yourself not to hinder your employees because this is one of the most important battles. We say here, this will be a peaceful protest. We know the obligations we have for security, for hospitality and we do not confuse these with any kind of circumstances, but our voice will be present there”.

Berisha expressed his conviction that this protest will be welcomed by the entire European and world opinion.

“Edi Rama has de facto destroyed and is destroying European values ​​here. Edi Rama is absolutely criminally responsible for crimes that go back dozens and dozens of years that deserve punishment. Can the Albanian opposition allow that day without truthfully presenting the entire problem of Albania and Albanians? He can never allow it. I am convinced that our protest will be welcomed by the whole European and world opinion. And from the leaders of these democracies, who for their own reasons are welcome in Albania. We welcomed their decision to come to Albania”.

“This greeting of ours has nothing to do with their host, Edi Rama. This is our greeting, for a tribute they give to the Albanian citizens with their presence and the opportunity they give to the Albanian opposition to present to them and the whole world the big problems facing Albania today. The patronageists have taken the free vote. None of these leaders were elected by patronage. None of them in his life has called the police, come out and collect votes. None of them have built in their state, the narco-state that Edi Rama has done. None of them has kicked the national interests of his country, as Edi Rama does. None of them has killed the hope and turned it into a people of rafts, to surpass Syria and Afghanistan as we are today. To export crime and only crime, more than anything, crime and drugs”.

“So our protest is a strong message from Albanians that we do not agree with these. We stand for European values, for an Albania of democratic standards, of free voting, of the dignity of citizens”. said the chief democrat./broread