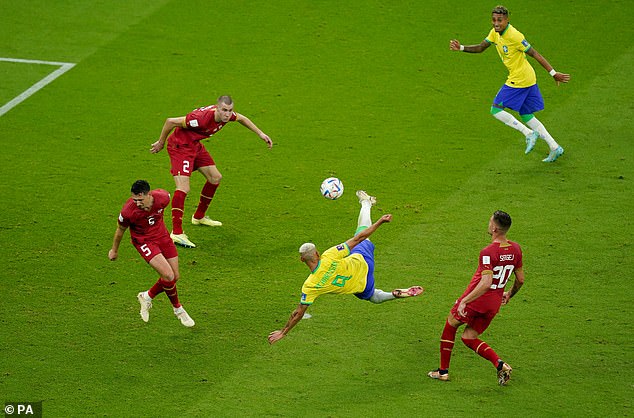 By Michael Rudling For Mailonline

Richarlison has been lauded by fans around the world after scoring a spectacular volley in Brazil’s World Cup opener against Serbia.

The striker received the ball with his back to goal in the box, flicked it up in the air with his first touch before turning and volleying hard to double Brazil’s lead. It was second of the game after a poacher’s finish earlier in the second half

Fans are already calling the strike a ‘goal of the tournament’ contender and ‘Puskas worthy.’ 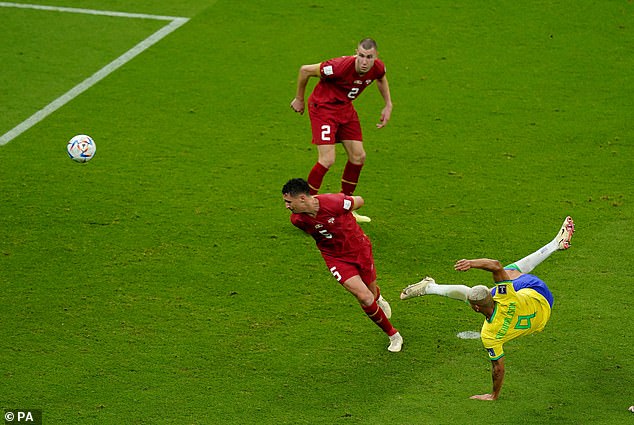 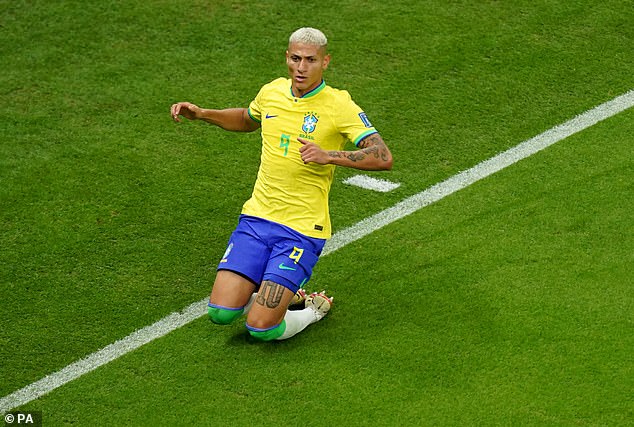 Others labelled Richarlison ‘unreal’ and suggested ‘you won’t see a better goal than that’, as many also commented on the quality of Serbia’s side as making the goal even more impressive.

The BBC pundits joined fans in heaping praise on the striker after the game, although Alan Shearer claimed to prepare Richarlison’s first more workman-like goal.

He said: ‘The positioning to pick up those scrappy little goals, to me that gives as much satisfaction as the incredible second goal that he scored. It looks very simple but its not. It’s very, very good centre forward play.’ 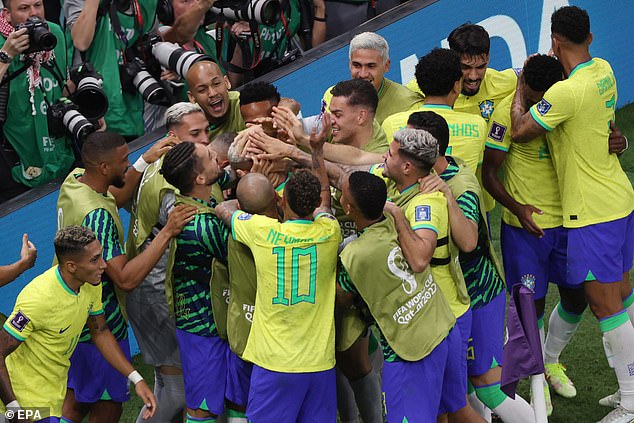 The former England striker did reserve some praise for the volley, though, describing the technique on the sot as ‘incredible.’

The 2-0 win  for Tite’s side puts them top of Group G following Switzerland’s narrow win over Cameroon.

They will next be in action against the second-placed Swiss on Monday.