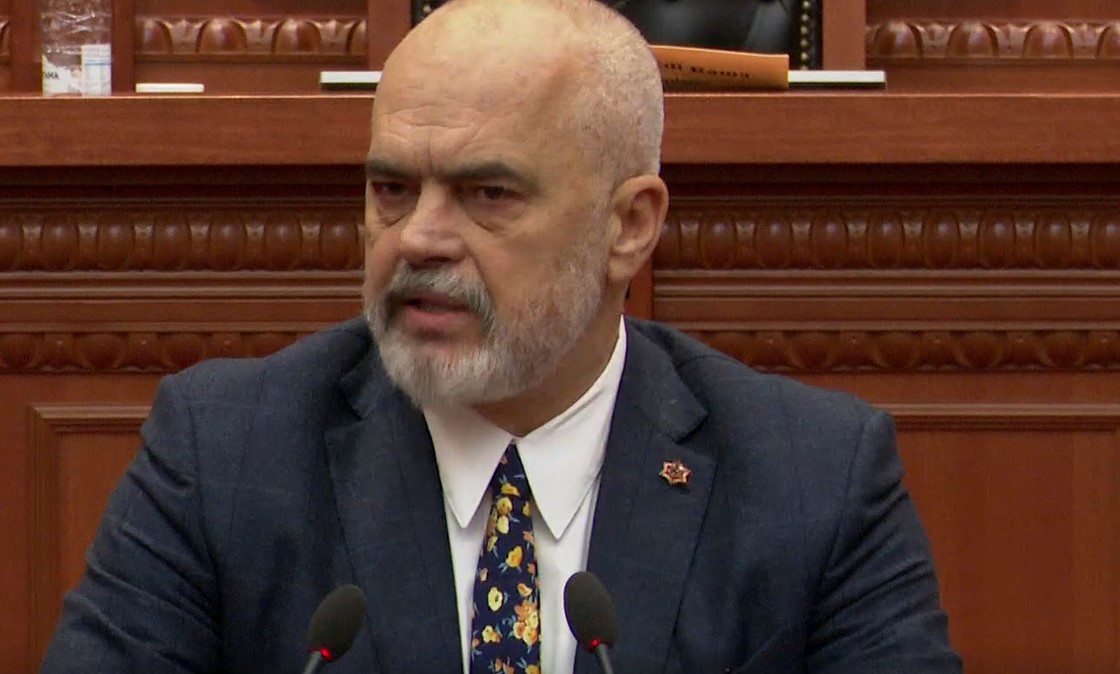 Today, the opposition requested an interview with the Prime Minister of the country, Edi Rama. It was MP Ferdinand Xhaferri who, on behalf of the opposition, addressed some questions to Prime Minister Rama regarding the situation of floods caused in recent days mainly in Shkodër, Lezhë and Durrës.

Ferdinand Xhaferri: The rains of the last few days have produced a critical situation in some regions of the country. Flooding but also the opening of hydropower plants, endangering the lives of our citizens. Based on this critical situation, the DP parliamentary group requested the development of this interpellation to provide explanations for the measures taken. The parliamentary group of the DP has requested the declaration of a state of natural disaster in Shkodër, Lezhë and Durrës. We ask the Prime Minister to explain: Did the Albanian government have information about the rains? What were the measures taken by the government? Did they cause the opening of the gates of the hydropower plants? Why weren’t the families notified so that measures could be taken? Has a damage assessment been ongoing? Have you enabled the residents to be moved to safer areas?

We don’t blame you for the heavy rain. The best accusations have been raised by you in these videos, it shows how Rama junior speaks today to Rama senior regarding the flood issues:

“The most meaningful accusation is the fact that none of these promises have been kept. Shkodra will continue to flood because Shkodra is not governed. Because there is no government of Albanians in this country, there is only an oxen of pirates”.

Where is the peace of the pirates? It has been flooded and will be flooded.

Regarding these questions of Xhaferri, Prime Minister Rama said that the state of natural emergency has a defined framework that is not related to the current situation.

Edi Rama: Since I will take the floor, I will give you a very complete answer today. Regarding the issues raised by you, I read in the parenthesis that your main concern and your main question was why the state of emergency is not declared. It has a complete legal framework, defined criteria that are not related to the current situation. I would not like to enter into comparisons, but having entered, I stand by what you generously shared with the public because the facts speak very clearly and that synchronization was drawn from a catastrophic moment for Shkodra as a result of the criminal and corrupt mismanagement of the cascade . It was true yesterday and it is true today. To illustrate the synchronicity, Rama junior and senior are the same person.

We have had many more floods at a time when floods were very rare around the world and on our continent. Today floods are not a rare thing and they do happen. There is a flood because in the case of the flood when I commented there, it is the flood of the servant not of God. The water in the then floods went up to the roof and affected 6130 houses according to Shkodër Municipality. Meanwhile, Shkodër Municipality says that these days there were only 30 apartments with temporary water supply. In Durrës there were 15. Of course, if I take the iPhone camera and intentionally put it in a small hole of water here on the right, I can simulate a global flood. But the reality is what I say and fortunately this time it is not me who speaks, it is the Municipality of Shkodra that has been and continues to be led not by the SP, but by the most ardent and most ardent of what used to be called PD./broread