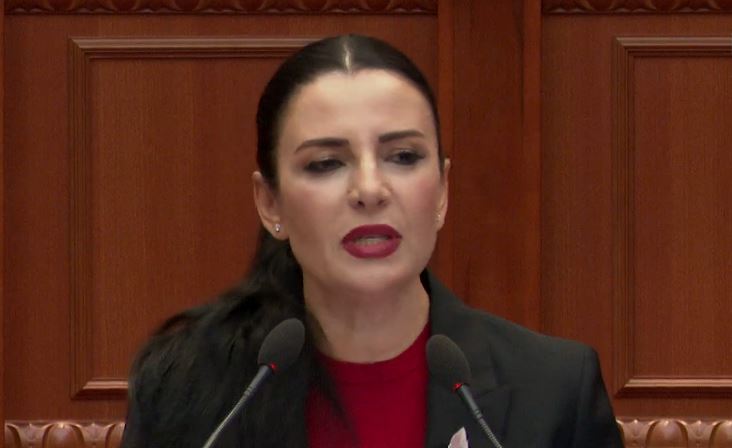 In today’s plenary session where the issue of the Port of Durrës was discussed, Deputy Prime Minister Belinda Balluku, also Minister of Infrastructure and Energy. She responded to the accusations made by Enkeled Alibeaj, who said earlier that the construction of the new port, which will be built in Porto Romano, will cost 2 billion Euros.

She also spoke about the accusation made by Enkeled Alibeaj that the project of the Port of Durrës was given to Muhamet Alabbar without a competition being held beforehand. She said that the race is done and that the entire opposition is aware of it as they have all the papers in hand.

“You know very well that there is an open race here. You throw mud and somewhere this mud of yours takes. It is our duty to enlighten people. In the Republic of Albania, there is an open competition for strategic investments. It is the law of the strategic investor. The investor Muhamet Alabbar has done the same. He came to Albania, there were several individuals, that he did not come only for the Port of Durrës. He has seen several areas where he could invest. After listening to the government regarding the location of the Port of Durrës in an industrial area, this idea was born and the procedure of the strategic investor began. You don’t like this as an answer, because I throw you one of the strongest horses of the battle, that there was no competition here, that this was done arbitrarily. This is not true, because we made it transparent to them in the commission and brought them the letters one by one. How the steps were taken, how the project came about, how long it took and was analyzed at AIDA, the committee was set up, how many requests the strategic investor brought, 33 requests and only 5 were accepted. You know all this very well, that we have given them all the papers, with complete transparency, and have handed them over to you“, explained Belinda Balluku./broread