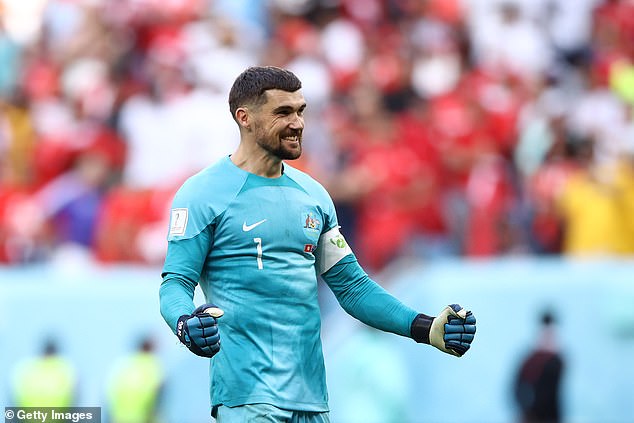 Mat Ryan isn’t dining out on his new-found status as the third Socceroos captain to win a game at a World Cup.

Ryan joined Mark Viduka and Lucas Neill as Australians to captain the Socceroos to victory at the cup finals after Australia’s 1-0 win against Tunisia in Qatar on Saturday.

Viduka achieved the feat in 2006 and Neill in 2010, with Ryan now added to the list after Australia’s crucial victory over the Carthage Eagles.

‘It’s what dreams are made of, what unfolded here,’ Ryan said.

‘Just super-proud. A collective effort from the get-go.

‘We just left it all out there on the park. That is the objective every game we play, but somehow we took it to another level.’

The Australians go into the final group game against Denmark on Thursday morning (AEDT) knowing a draw will be enough to qualify for the Round of 16.

But Ryan said the Socceroos would not get carried away. 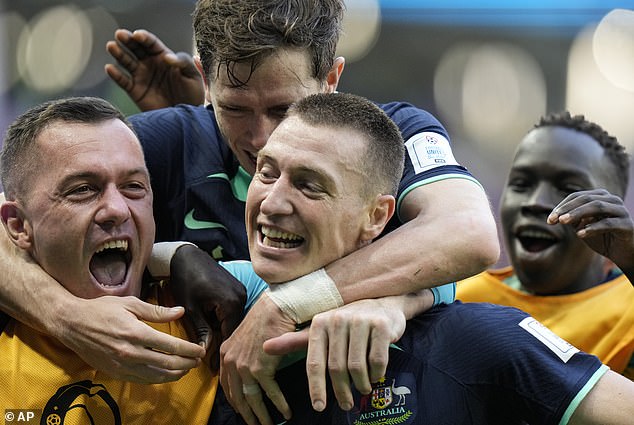 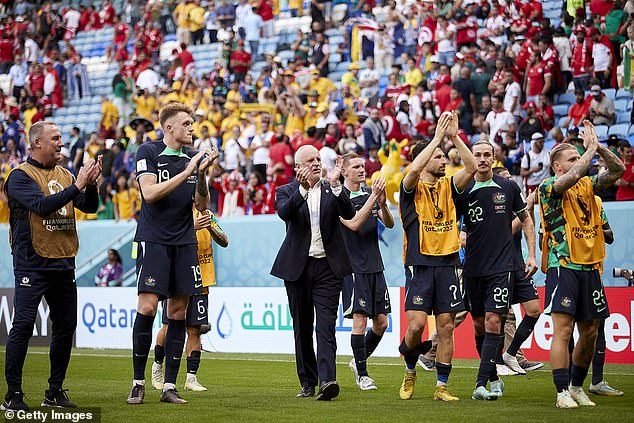 ‘We are by no means satisfied with where we’re at,’ he said.

‘It’s a great feat what we have done but we’re hungry for more.’

Mitchell Duke’s header against Tunisia ended Australia’s 12-year wait for a World Cup win as Graham Arnold became the first Australian-born coach to lead the Socceroos to a win at the tournament.

The Socceroos made their debut on football’s biggest stage in 1974, but both of their wins at the tournament came under Dutch coaches – Guus Hiddink in 2006 and Pim Verbeek four years late. 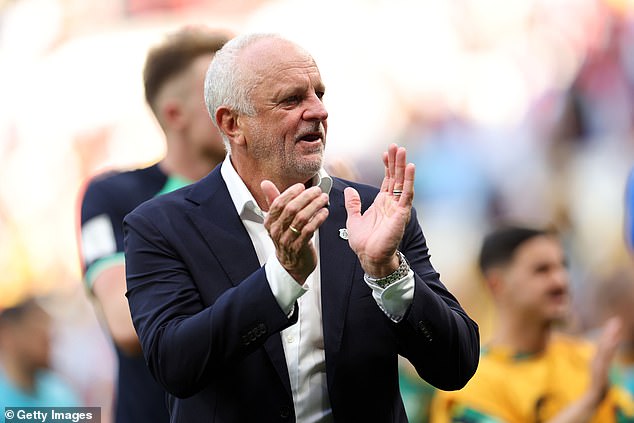 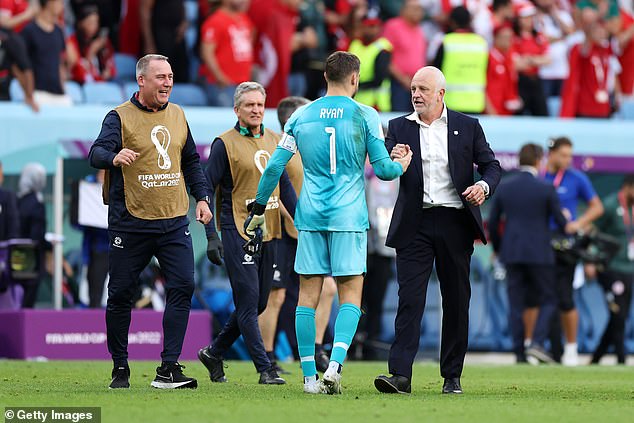 And Ryan agreed with the Socceroos coach, insisting the players won’t get carried away

Arnold was one of Hiddink’s assistants as the Socceroos reached the Round of 16 for the first time in their history in 2006 and could now emulate his predecessor.

But, like Ryan, the Socceroos boss insisted the job wasn’t done yet.

‘When I got the boys in a circle after the game, I told them: “I’m very proud but we have achieved nothing at the moment”,’ he said on Saturday. ‘We can talk after about a win that hasn’t been done for 12 years, but we’re here to go as far as we can go.

‘That one game is done and I don’t want any notion from the players, I don’t want them sitting up all night looking at social media and all that stuff. It’s about sleeping well, recovering well and getting the mindset ready for Denmark.’