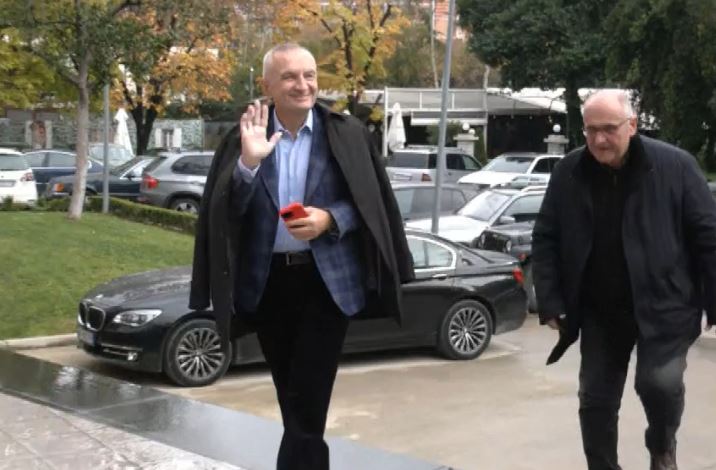 This meeting was not planned. Meta arrived at the PD headquarters after the government’s decision to declare December 6 a holiday for Tirana in the context of the security of the EU-Western Balkans summit.

As part of the security perimeter, the Boulevard “Dëshmorët e Kombit” is also included, where PD has warned that on December 6, it will hold a protest. The journalist of Klan News, Enkel Xhangoli, reported that Meta has gone to the blue headquarters to consult again with Berisha about the development of the protest.

It is not known whether or not there will be displacement of the protest from the boulevard, or some other place where security is not compromised according to the authorities.

Administration and schools will be closed on Tuesday. Since 45 EU delegations will arrive in Tirana for the summit, it is expected that the entire Boulevard will have a security perimeter. No one who is not accredited will pass there. The ring is also expected to be blocked. Klan News has also learned that citizens who want to travel to Rinas should find other alternative routes as the main road will also be blocked.

Meta: On the 6th in front of the person responsible for the capture of the state

The chairman of the Freedom Party, Ilir Meta, spoke to the media after having a meeting with the head of the Democratic Party, Sali Berisha at the blue headquarters. Meta said that on the 6th the people will “face the responsibility for the capture of the state and for undermining the entire European integration process of Albania for years”.

Ilir Meta: We are for European Albania, not for a police regime.

Question: Has this security perimeter been established for the sake of Europeans?

Ilir Meta: On the 6th in front of the person responsible for the capture of the state and for undermining the entire European integration process of Albania for years.

Question: Even if this affects the security of European leaders, will you protest there?

Ilir Meta: The security of Europe is threatened by the mafia that uses the state to turn Albania into a logistic base of the international mafia for all kinds of traffic, with cocaine at the top. There is no security problem from the citizens of Tirana and the whole of Albania who want a European Albania and who want it today and not a day later./broread